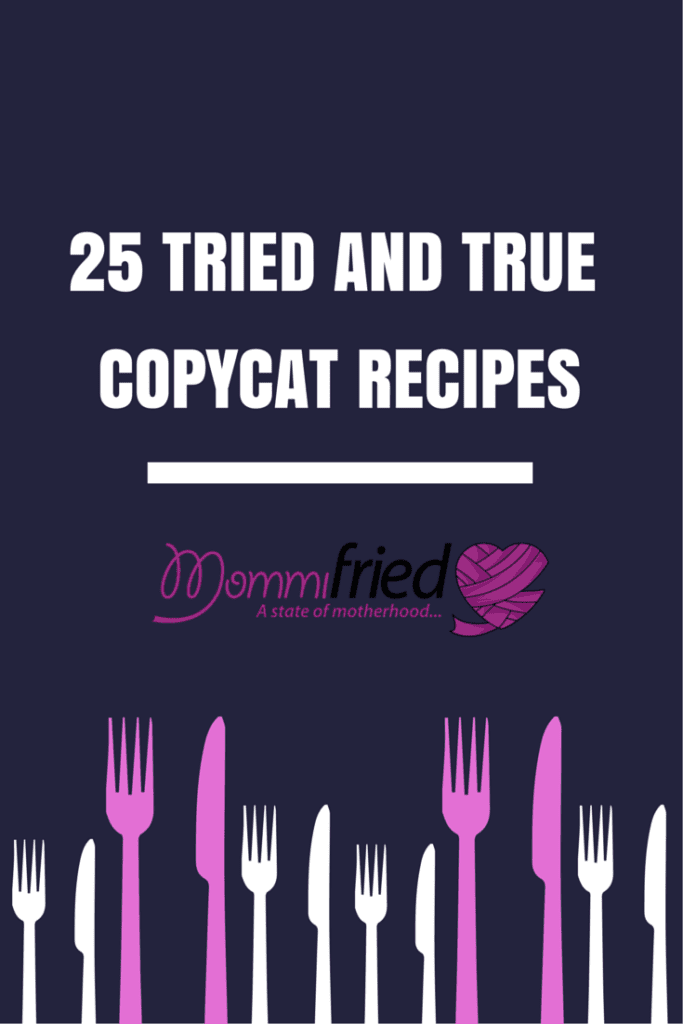 When we run out of ketchup, you’d think there was a national emergency. Around here ketchup goes on everything… from eggs to macaroni and cheese. It also works well covering up some of the cooking mishaps like slightly burnt meatloaf. Rather than settle for mass panic, the last time we ran out I reached for my grandmother’s recipe tin. Inside was a recipe for… you guessed it… ketchup. In fact, it was a copycat recipe of Heinz’s infamous brand. This is one of the last recipes she placed in the tin (date stamp), but I could tell it had been used. Probably more than a few times.

What’s nice is that there are so many tried and true copycat recipes out there for you to replicate when in a bind or just because. I found the duplicate of the ketchup one and have added a number of other favorites. I’ve tested each of these recipes so you can be sure they taste almost exactly like the originals. Enjoy!

Pinkberry Frozen Yogurt (CAN YOU SAY, ADD THE POMEGRANATE)

There’s A Birthie Stick That …