Outrageous kid parties are “in” these days. We start ’em young and set the bar high and the need to keep that trend going holds parents hostage for years to follow. Being on the receiving end is almost just as daunting.

Anxiety. Panic. Fear. Excitement. You know the feelings. Your kid comes home with a miniature, bold colored envelope with their name drawn on the cover in children’s font and you are dreading what lies inside.

It’s obviously an invitation; that you know for sure. But what kind of party? Does he know what this is? Maybe if you tuck it under the rest of the mail fast enough, he won’t notice, just in case.

You’ll open it later when he’s in bed so you can vet this party proposal before you make a decision about whether or not your child will attend. 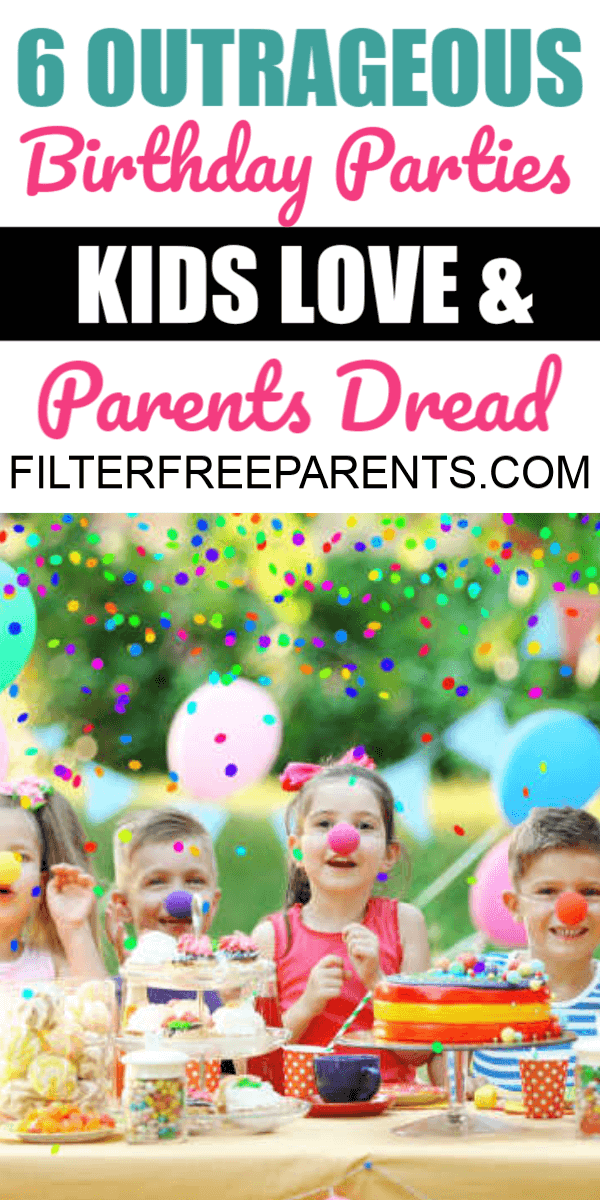 Because some children’s birthday parties are a GODSEND for parents. While others… are a complete fucking nightmare.

And you never know which it’s going to be until you tear it open and take a look inside.

You don’t know whose party it is yet, but you can pretty much bet that inside lies one of these types of birthday parties when your kid comes home with an invitation in hand:

The play place party. These can be a blessing or a curse.

Depending on your kid’s age you might actually appreciate the chance to wear them out just in time to take them home for a nice longggg nap. Or maybe, if you’re fortunate, the party will end close enough to bedtime and as an added bonus they will knock out without their usual countless bedtime demands that ensue on an average night during the witching hour.

That is if they haven’t been loaded up on sugar and entitlement just before you came to get them. Which they have, of course.

On the flip side, these places suck. They are germ infested cesspools, and during flu season the odds of your kid coming home with a sugar rush AND a highly contagious infection are pretty good. But, hey!

They got a whistle in their goody bag so at least they walked away with something ELSE to drive you absolutely batshit crazy while they are home from school next week fighting off the plague.

You can never quite tell if your kid was invited because he is like family or if he was the bargaining chip to make the birthday boy happy about having to spend his party with his annoying siblings and grandparents.

My biggest concern with these parties as a parent is that I know there is no way in hell that I’m putting my family in a room without alcohol, and that means my kid is a house that isn’t his family with a bunch of drinking adults. Unless they are close friends, this party always makes me feel…. uncomfy. To say the least.

The party where they expect YOU (the parent) to stay.

When my kids were in preschool, it was always assumed that I wouldn’t be leaving them at a birthday party alone. It didn’t matter where the party was, I wasn’t going to expect anyone else to babysit my barely potty-trained child for even the shortest amount of time without considering them hired help.

But once kids get to school age, it’s almost an unwritten rule that as a parent you’re agreeing to host an event that parents can bring their kids to AND LEAVE for the duration of the party. As long as they promise to come and pick them up by the time the party is over.

Any party that my child is invited over the age of six that require MY attendance as well is one party we will FOR SURE be skipping out on. If I wanted to go somewhere and hang out with a bunch of rowdy, unruly and hyped up kids, I would just stay home. That way I don’t have to bring a gift…. or put on pants. 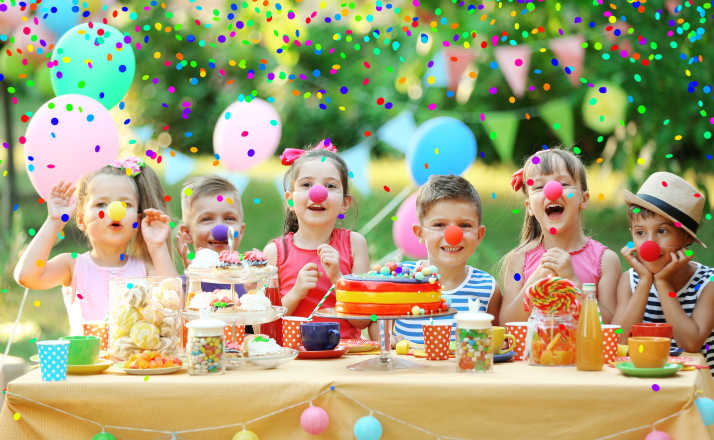 I’m guilty of this. My son wanted his party this year to be his first ever, and it wasn’t until I put out feelers that I realized that maybe it was a tad too soon for this. But, soon enough he will be there, or one of my others will and here’s what I expect.

Kids will show up, and the parents will try to keep them all entertained for as long as possible. But once kids get with a group of their friends, especially on an occasion where the excitement is coursing through their tiny veins, they all turn into possessed beings and that feed directly off on all surrounding adults energy sources.

Those parents aren’t going to be able to guarantee that a group of kids will be asleep before they will. Shit, I can’t even ensure that on an average day at my own house. So, most likely, the kids will be up ALL. DAMN. NIGHT.

If they do sleep at all, it won’t be for long.

And chances are you’re expected to pick them up early enough in the morning that the parents can hopefully squeeze in a nap and still have a semi-productive day following. So your kids are going to be overtired, crabby and have the shared attitude of a bunch of their friends; making the perfect recipe for an asshole kid for at LEAST one entire day after. Probably longer.

The no-gifts or cheap gift party.

The new thing is “fiver parties.” This is the new opposite of the outrageous kid parties themes I’ve experienced.

Where everyone is expected to bring a card with a $5 bill, and that’s it. And I don’t hate this one – frankly, I love it.

Chances are whatever gift I choose your child most likely has or doesn’t want because it’s what MY kid is into, not yours. I used to think that a no gift, donate, or cheap gift party would be a great idea.

But then I started thinking about how much I spend on a child’s birthday party and how much my kid enjoys opening those toys that they have sitting at home collecting dust. I still can’t decide how I feel about this one, but I’m leaning towards being ALL FOR it.

The problem I see is you have to get everyone that comes on board to not illicit mom guilt in every parent that brought a kid to the party, and you know there is always that one.

Whether it be princesses, tea parties, sports or superheroes these one suck for MANY reasons. Most of which being that they never happen to fall on or near Halloween and therefore you have to find your kid a goddamn costume-like ensemble during a NON-costume wearing time of year.

Not to mention, your kid doesn’t want to show up in some homemade piece of shit, so you actually have to make an investment into this ordeal, and usually you’re not lucky enough for them to choose something they will EVER re-wear so now we are investing a pretty penny into a damn kid’s birthday party. And you haven’t even bought them a freaking gift yet.

Whatever your “thing” I can pretty much guarantee that at some point your kids will be attending or even asking to have one of these various parties in the future. Whatever you do, don’t be the asshole that expects the parents to stay.

Do your fellow moms a solid and have a party where they can bring your kid a $5 bill and an excited friend to celebrate their day with them and they can LEAVE and go get themselves a pedicure with all the money they saved on the gift.

And when you are the mom bringing a child guest to the dropoff birthday party, do yourself and the one willing to host all of these monsters a solid and don’t stick around. She would have invited you too if she wanted you there. She doesn’t. Trust me on this.