Twice a year we get to experience a rare and unique kind of hell as parents. Just when you think you’ve got your kids’ sleep schedule handled LIKE A BOSS, something seemingly small like adjusting clocks to change the time of the sunrise and sunset have to come in and fuck it all up for you.

Wasn’t this a way for us to conserve energy and get outside more? Well, if someone could send that memo to mother nature, that would be great.

Because the weather around here is not exactly conducive to spending more time outside (it’s freezing, folks) which means more daylight hours for my kids just gives them more time to demand snacks, bicker about being bored and extra hours of loading them up on video games in hopes I can get some form of a shower in. Seems like the opposite of the intended purpose. 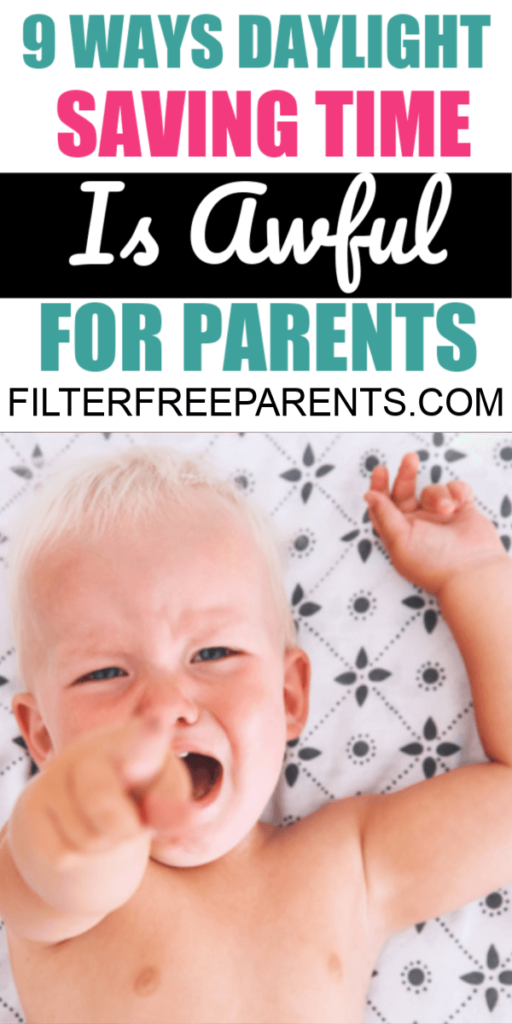 Here are some of the many reasons why daylight saving time and having kids are two things that go together like oil and water:

Having the sun shining its rays of betrayal past bedtime is not good for anyone with kids, anywhere. At least during the winter months, I can trick my kids into an early bedtime because “it’s dark outside!”

And dark is a no-explanation-needed-cue that bedtime is fast approaching. But in the summer, ohhhh no. The mere presence of the sun means my kids instantly question why they are going to bed even if it is, in fact, their bedtime. Because “it’s still LIGHT OUTSIDE!” Thanks, DST.

It ruins your whole week.

The weekend we change the clocks is utter hell. Our kids will wake up early AF no matter what, that doesn’t change. What does change is their inner cycle becomes entirely out of whack, so come morning they are already cranky just because the clocks changed in their sleep.

They can’t get through the day without being a complete mess, and they don’t even know why they are so angry, but we do. It’s the damn daylight saving time that screwed it all up. It’s like our kids took a 12 hour flight to Tokyo overnight and need a week to recover from jet lag.

Except it’s just their normal bedtime routine with a damn digital number on the microwave going up ONE digit that’s creating this chaos.

LESS time in a day? No thanks.

As if parents already feel like there isn’t enough time in the day, could you imagine an hour of that day just DISAPPEARING? That’s DST. All I can think about the day after the clocks change is all of the things I can get done in an hour.

Because let’s be honest, getting an extra hour of sleep is never going to happen when you have kids. You can forget that if you were thinking fall might help ya even this whole mess out. It won’t.

Nothing brings on anxiety more than knowing no matter what hour you go to bed, you already lost precious snooze time. If I don’t already have an issue with going to bed at a decent hour, DST makes me reason with an even later bedtime for days to follow.

I do the math in my head when the clock hits midnight, and I’m still scrolling on Instagram, but WAIT, it’s really only 11 because we just changed the clocks. So, I’m good for another hour of mindless internet wandering.

Except, come morning, your alarm is still going to go off at the intended time, which is now also an hour earlier. Way to go, Einstein.

Try getting your kids to bed at their usual bedtime is now putting them to bed an hour later. I don’t know about you, but once my kids pass their regular bedtime, they morph into possessed beings.

It’s like we reach the point of no return. They need a young and old priest to come and expel the evil from their bodies before we can even THINK about putting them to bed. So I guess what I’m saying is, have your bible and rosaries ready, folks. You might need them this week. 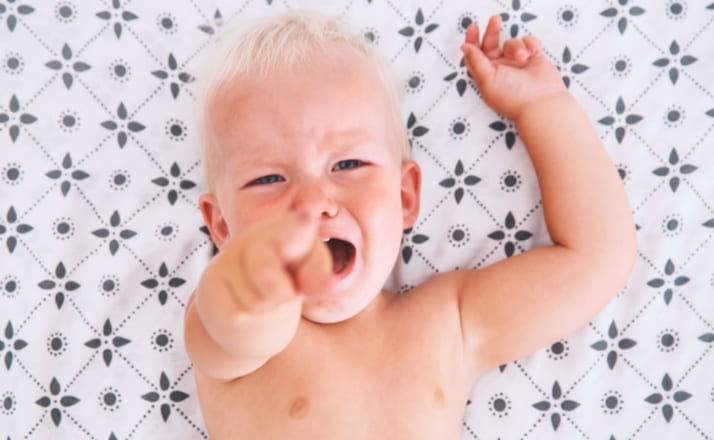 Experts say we can gradually move our kids’ bedtimes up a little bit every day for the week leading up to lessen the blow of losing an hour. However, when you have kids like mine that don’t actually go to sleep at their expected bedtime, how do we measure precisely when we start this shit show?

Do we commence gradually over the week in 15-minute intervals of when the bedtime shenanigans start? Or are we supposed to slightly delay the moment when we absolutely lose our shit on them to “GO TO SLEEP, DAMMIT!!” each night? I’m slightly confused. Either way, this sounds like a week-long horrible idea.

Experts also say DST puts adults at an increased risk for cardiovascular issues which, I have to say, sounds absolutely spot on. I don’t even need to see the research on this to know that if there is any part of the day that makes me feel most like I am seconds away from a full-on coronary attack, it’s bedtime.

There has been talk that daylight saving time has an effect on a person’s overall mental health, and I could NOT agree more. It really does put a damper on my cheery disposition.

Especially when I’m busy fighting angry miniature versions of myself over things like why when the sun is out could it possibly be bedtime? And, they are busy acting like complete psychopaths, so their mental health is shot too. After this week, how much therapy should be all need to get back to normal? Asking for every tired mom.

It’s all a damn illusion

The only benefit to the spring ahead version of daylight saving time rather than it’s ugly “fall back” counterpart is, we can pretend like our kids actually slept to a decent hour the following morning, but it’s all a damn illusion. We know the truth. And if we don’t, their attitudes will be quick to remind us.

Good luck out there, parents. Just remember, “this too shall pass.”

And by pass I mean, eventually we will all be so exhausted we will HAVE to sleep sometime, right? Once that happens they will be back to their regular sleep schedules before you know it.

Just in time for daylight saving time to be OVER and this bullshit to start up all over again because it’s time to “fall back”. Into hell that is.

Moms Are Sharing Their Hilario…