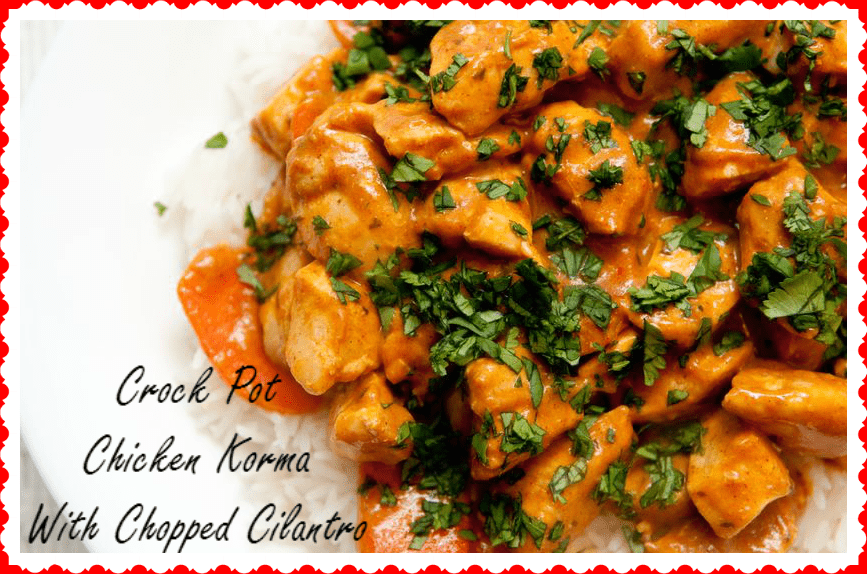 Last week I made an unusual dish that I tried to sneak upon my family. It was a recipe for Crock Pot Chicken Korma with Chopped Cilantro. Rather than telling the picky bunch I live with what I was whipping up, I simply told them it was “international cuisine” and that if they enjoyed the chicken at the Chinese buffet, then they’d love this. If you’ve never heard of chicken korma before, it’s a spicy Indian themed meal consisting of diced chicken smothered in a creamy korma sauce and traditionally served over rice.

Korma, kormaa, qorma, khorma or kurma originated from Asia and can be made with yogurt, cream, nut and seed pastes or coconut milk. In its simplest form, it’s a type of curry (Wikipedia). Many chicken korma recipes call for tomatoes – either fresh or canned. I didn’t want to push my luck, so I left them out of this particular recipe. Feel free to add some fresh with the cilantro or canned to the crock pot. The flavor does change, but it’s still delicious!

Science Is Telling Us That Emp…

This Is My Face Video Gets Women Sh…