Don’t all crucify me at once. But can we be real for a minute? On any given day, at any given moment, I have a favorite child. And if no one else is brave enough to admit it, I sure as hell will.

As moms, I think we go through phases with our kids just as they do.

Like episodes of the mini-series that make our week, our month, our year. The dramatic events of them NOT SLEEPING . Refusing to eat. Or having expertly calculated how to deter bedtime with every thirst, bathroom, and hunger excuse they can conjure up.

The heartwarming acts where they show us some extraordinary side of them we didn’t know existed. You know the ones. Where we get hit with an immense amount of pride and love we had no idea we were capable of until an extraordinary motherhood moment slapped us in the face.

Or – the horror scenes of complete dissonance and disgust for you, mom. 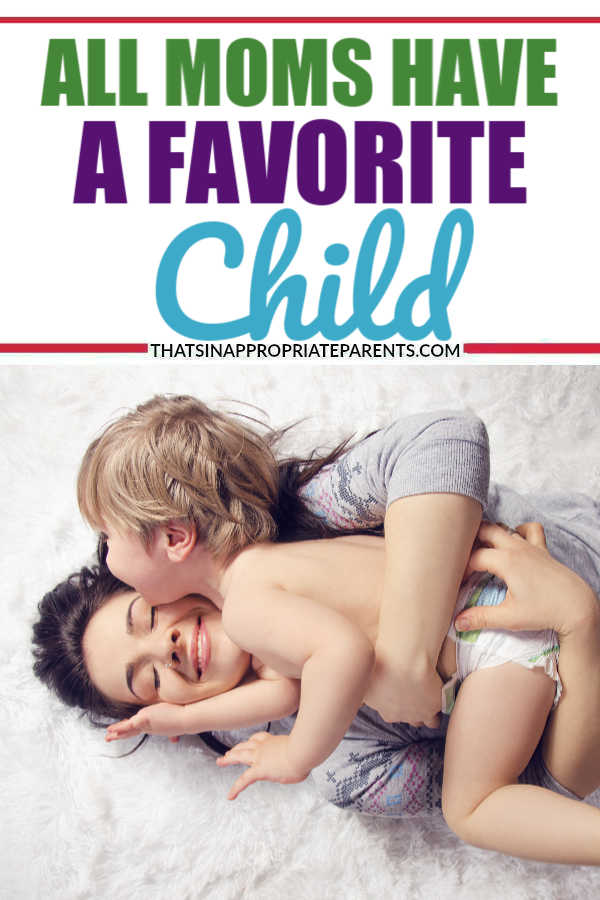 It’s in these moments that my favorite child tends to shine brightly.

At one point I had three kids aged four and under, and it was B.R.U.T.A.L. One of them was constantly going through a growth spurt, a sleep regression, or a milestone that subsequently caused them to have a hard time falling or staying asleep.

Which, synchronously, meant that mom was getting an extremely shitty night’s sleep. During those days? My favorite child was whichever happened to be sleeping through the night with the least amount of interruptions to MY sleep.

Around the AGE OF FOUR, all of my kids seemed to have some chronic case of the “terrible two’s” (what can I say, we have a hard time “moving on” in our house). Except it was amplified significantly from the average child tantrum and more like a “terrible preschooler who doesn’t care what you say and DEFINITELY doesn’t care what strangers think about them, because they are going to completely meltdown in…. 3, 2, 1…. in the middle of target with NO shame and NO regrets” stage.

In the middle of that stage, I think to myself (every.single.time.) “I don’t remember my older child(ren) doing this!”

They did, of course. Just like labor pains for sure kicked my ass and made me think (in the moment) that there was no way in hell I was ever doing that again.

At that moment, when my child is the spawn of the devil himself and thinks I’ve come to expel him from his body, this child is my least favorite.

The favorite spot is up for grabs. Usually, at this point, if you’re quiet? The title is yours.

Then there is the moment when I go downstairs to see the LAUNDRY IS WASHED. Albeit not sorted and not enough or too much detergent was used in the process, but this is a minor infraction I can overlook because it’s DONE!

All because my oldest has taken an interest in housework in exchange for a weekly allowance. He is doing extra around the house to learn the value of money and simultaneously experiencing buyer’s remorse and the hollow feeling of overspending your very last dollar on something you didn’t think through. You know, major life lessons. In THOSE moments?

He’s my favorite. Hands down. 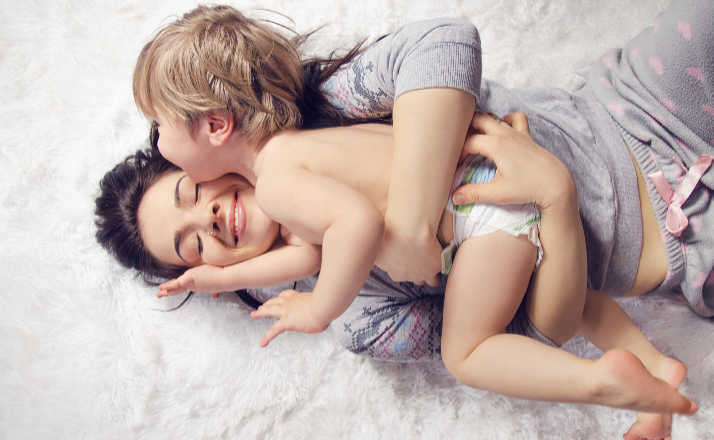 When my child learns to tie their shoe, pick up after themselves, makes a team they tried out for (or doesn’t), at that moment, that child is my favorite.

But tonight, when that same child is the one refusing to brush his teeth after I’ve only asked seven times? He slips himself down to the bottom rung, and the snoozing babe with the clean teeth who is already in bed snags the honor.

Regardless of whether you are willing to accept it or not, I’m guessing you have a favorite right now.

It’s the one sitting quietly on your lap while you read this. Or maybe the one who took it upon himself to clean up his plate after lunch. Perhaps it’s the one who’s napping.

But it’s certainly not the one you just put in a timeout because she decided to entertain herself with a self-inflicted haircut while you showered.

Or the one who didn’t pick up the legos you asked, and now you’ve stepped on a miniature landmine of agony. It’s not that one. Not now. But maybe later.