What are your kids doing this summer?  This is usually the time of year when we start thinking about their summer schedule:  camps, classes, swim lessons.  But what would it be like if your kids just played?  No activities, no schedule.  Just free time — for the entire summer.

I can tell you, because I did that.  Several years ago, when my two boys were ages eight and ten, the kids were overwhelmed and cranky at the amount of activities they were doing, so we took the summer off and they did nothing. Except play.

It had all started the previous March.  Like all the other families we knew – were briskly hopping from activity to activity.  Our days started early with before-school chorus or band, and after school there was soccer, karate, piano lessons, Boy Scouts, religious education.  Weekends were more of the same, with birthday parties or special outings throw in (Camping! Fire Department Wet Down!).

When it was time to think about SUMMER, there were just as many choices.  Rec camp, night camp, enrichment, multi-sports camp, swim team.  Whenever I paraded those ideas in front of the kids, they just shrugged.  They didn’t seem interested in any of it.  They were sick of everything.

Frankly, so was I.   I knew we were too busy all the time, and I knew we had become caught up in the parental rat race.  I was exhausted by the pace and pressure that dictates family life today, and the constant feeling that if you let up for one minute, your child will fall behind.  This is cardinal sin of parenting today in the Middle Class:  letting your child fall behind.

And I was sick of planning.  All I did was plan.  Plan the playdate, plan the afternoon, plan dinner … plan plan plan!  So when a friend of mine joked, in an offhand way, that she and her family were going to opt out and have a “summer from the 1950s”, I wondered if that was something I could actually do. 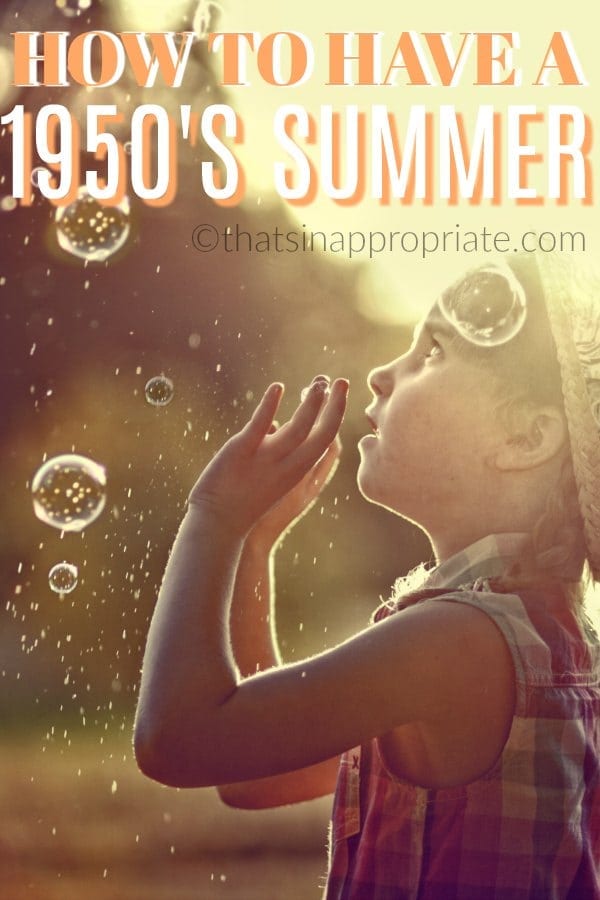 The 1950s stands out as the golden age of family life.

Of course, the real 1950s had polio, and segregation and limited air conditioning.   I didn’t want to go the REAL 1950s, I wanted to go to the mythological ones:  the ones where kids played outside all day on their own and mom had plenty of time to make delicious, wholesome meals for dinner.  Mom also had time to read a book, and have coffee with her friends, and cocktails with her husband. Mom did not race from place to place in her car, shouting, “Just eat your breakfast in the car!  You can change into your uniform later!  We’re late!”

Of course I realized that I wouldn’t be able to actually live like the 1950s – the social structure of that time has ceased to exist.  There are no longer throngs of kids roaming our NEIGHBORHOODS safely playing while mothers clean house and have lunch ready.  So if we gave up all our scheduled activities, what would we do all day?

Basically, it worked like this.  The kids slept in, watched cartoons and played with Legos in their pajamas every day until about 11.  I worked at home, and I got several hours of work done each morning.  In the afternoons we mostly went to our town pool.  There we would find groups of kids swimming, or playing stick ball, and my kids would have a fun afternoon.  If it rained, we would try to have friends over.  Many days we were stuck inside with nothing to do.  Many days they were bored.  Many days THEY BICKERED and roughhoused until I thought I would lose my mind.

Here’s what was fantastic:  I didn’t have to nag them, or rush them, or drag them through their day.  They decided how they would spend their time. I played with them sometimes, especially board games, and that was fun.  But mostly they ambled through the day on their own, and I was astounded at how little they needed to be happy.  They would disappear in their rooms for hours.  When I offered a trip to the movies, or to nearby New York City, they would answer, “Do we have to?  Can’t we just play?” 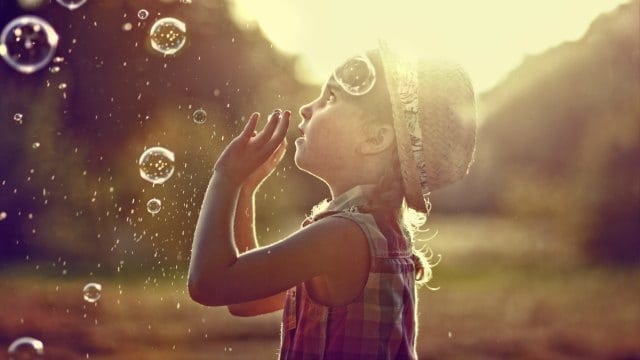 I learned two things.  One, it’s amazing how you can live with someone and not really know them, even your own children.  By slowing down and just hanging out, I saw them more clearly for who they were.  Many kids would not have been happy with a “just play” summer, but mine were.  Turns out my kids needed tremendous amounts of down time, and they had been living in a world that provides almost none.  Learning to pay attention to their individual quirks and needs served me well as they grew up and entered THE TEEN YEARS, when it becomes even easier to be worried about falling behind.

Second, even a slow summer goes too fast.  The 1950s were indeed a simpler time; people had more reasonable expectations for life.  They didn’t work 12 hours a day and then check email at midnight, they didn’t swim with dolphins, they didn’t need a wine refrigerator.  They enjoyed what they had.  Kids grow up fast enough, I don’t want to race through it.  Summer is the perfect time to rethink all the ridiculous commitments you’ve made throughout the year.  When the kids are little, simply being together and enjoying the passage of time is the best way to enjoy the hottest months.  You don’t have to rush to get to some place wonderful.  You’re already there. 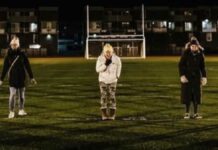