Filter Free Parents
Home Kids I’d Do Anything to Give My Kids a 1980s Christmas. Because They...

Oh, the 80s. How I miss the times of crimped hair, scrunchies (oh wait, those are oddly back), and jeans with zippers up the sides—a time when phones hung on walls instead of glued to teenagers’ hands.

It seems as though everything was better in the 80s, doesn’t it?

And you know what was the freaking best back then? Christmas. Back then Christmas was what it should be—a low pressure holiday that was all about family and friends.

Let’s start with the gifts back in the day.

As a little girl, I was happy with the Cricket the Doll (although I’ll admit, she seems a tad creepy now), Smurfs, and books from the Baby Sitters Club series.

The older I got I was pumped for the newest cassette by Paula Abdul, Mariah Carey, or Boyz II Men.

As a tween, I squealed when I opened the games Girl Talk and Mall Madness. And as a teenager, I just wanted clothes—the more neon, the better.

There was no super rad technology to “need” so desperately. No kid clung so tightly onto the hopes of getting the next best gadget because no one had any—they didn’t freaking exist. 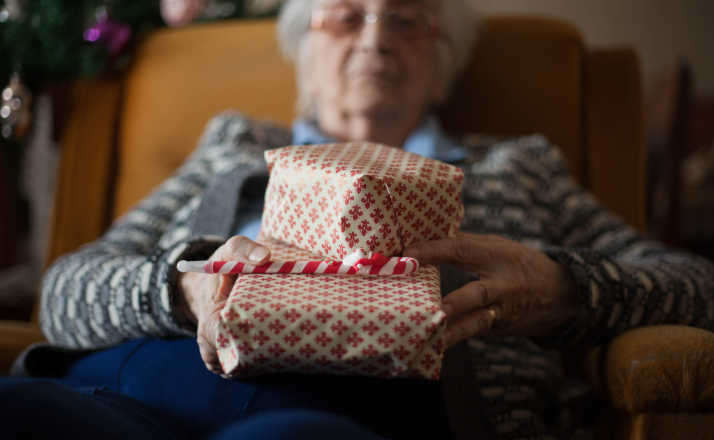 The best part of this no technology thing was that during the holidays, families did this insanely ludicrous thing called TALK TO EACH OTHER.

After ripping through the presents and stuffing our faces full of Mom’s roast beef and gravy with approximately 1000 calories, we sat around the family room and watched “A Christmas Story.”

We didn’t need to peruse Netflix and fight over what Christmas movie to watch because there was only one choice and that shit started at a certain time. And although we watched that same movie every single year, seeing Ralphie in his bright pink pajamas or his little brother snort his dinner like a pig never got old.

We roared in laughter each and every time. After the movie, we moved from the couch to the table. Here, we did another crazy thing called PLAY GAMES.

Families played games back then and talked to each other.

We either got out the cards and played euchre or played board games like Sequence, Scrabble, and more. Families gathered around and joked with each other, talked a little shit, and told stories about their lives.

The simpleness of it all brings back so much nostalgia that I wish I could give my own kids this same childhood. But never mind the children, what about the moms?

Moms back then, sure most of them didn’t have husbands to help like ours do today, but they also didn’t have stupid social media, either. 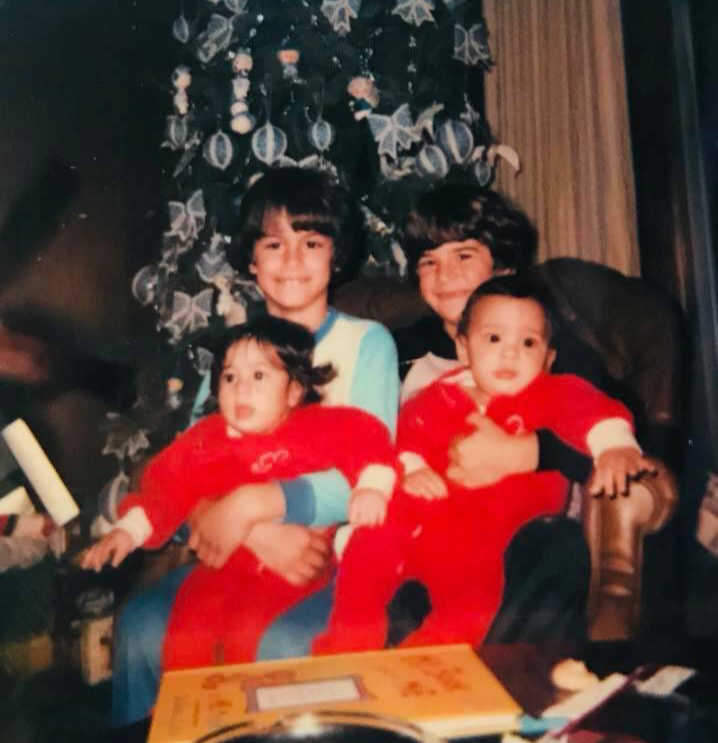 There was no Instagram or Facebook, with friends and family posting perfect family photos, an immaculately decorated home, and delicious baked goods.

They did what they could and that was that.

There was no Amazon to make it super easy to get literally whatever you wanted delivered two days before Christmas. You had to take time picking out each gift. And people were just happy with their gifts because they knew you had put time and effort into them.

There were no Amazon wishlists.

There was less pressure on everybody.

Moms back then also didn’t need to go to exactly 32 holiday parties for the kids because there was a damn room mother.

Christmas decor came out later at the stores.

Now, he’s just one more thing to do—one more thing I always forget until I wake up in the middle of the night sweating because I think the kids will wake up first and I’ll forever be remembered as the mom who ruined Christmas—and Santa.

I wish Steve Jobs never invented the iPhone. I really do.

Because then dads today could stand under the Christmas tree like ours did—with their camcorder, ready to capture the magic of their children scampering to see what Santa brought them.

Ahh, times were so much simpler then.

But maybe, just maybe if I try hard enough, I can do my best (minus the crimped hair) to give my children an 80s Christmas too.

I mean, hey, at least I can give them Ralphie and his little brother—and tell them they can’t have a BB gun because “You’ll shoot your eye out.”