“A built-in best friend.” Isn’t that what people say when we choose to have multiple children? We want to give our oldest a little buddy, so they will always have someone to play with. Automatic best friends! But, I did not have my second child to entertain my first.

And I have absolutely no expectations on my children to grow up and be friends with one another.

Very quickly, it became clear to all of us in the pandemic who we want in our lives. It became easy for us to see who is beneficial to our lives, and who needs to get left behind. It made us appreciative of the relationships that matter.

I owe my parents a debt that I can never repay, but that is the nature of parenthood. There is no debt that siblings owe to each other, however.

This idea of unquestionable friendship and loyalty among siblings is simply not practical.

Yes, there are shared experiences between siblings, but that doesn’t mean my sons have to like each other. Siblings do not owe each other anything simply because of the random cosmic chance that the universe chose to send them to the same parents.

They are individuals with unique personalities and different priorities regardless of the fact that they are being raised by the same people. They may not be the kind of people that will ever choose to be friends with each other, and there is no fault in that.

Of Course I Want Them To Be Best Friends

Do I want my sons to grow up and by each other’s confidents? To call each other when they think of a funny story or when they are struggling with something? Of course I do. 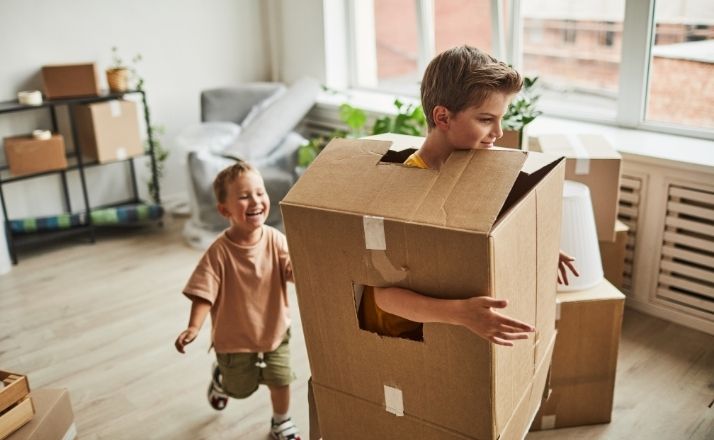 I want nothing more than for my children to be best friends, but I will never, ever set that expectation on them. I respect them as individuals.

And I can already see the distinct aspects of their personalities that will cause them to love and loathe each other simultaneously. If you are assuming that I am talking about the extremes of abuse when one sibling continues to lie and take advantage of the other, I’m not.

The responsible sibling always having to bail and help the other one out, because “he’s my brother” is ludacris.

No. Sometimes they just don’t like one another. It can be that simple.

I believe that setting the standard that my children don’t have to be friends starts right from early childhood.

It is not the responsibility of my older son to cart his younger brother around with him everywhere, and include him in everything.

I would rather my boys interact because they genuinely come to one another for play than coach them in saying, “Why don’t you go play with your brother?” Nor is it necessary that my younger son always try to keep up with his older brother.

When they are fighting with each other, I try to alter my default setting of saying, “He’s your brother, you do not treat him that way.” I rephrase my thinking to say “We do not treat people that way.”

They are Different People

Teaching them they have to be kind to each other because they are siblings sets a dangerous precedent that they owe each other something because of a relationship that they were born into as opposed to choosing.

My sons have to respect each other as people, not because they are siblings. Our children should want different things for themselves.

So long as they earn those things through their own hard work out of earnest and not for superficial purposes in a bid to combat their own insecurities.

I don’t need my children to be friends.

I don’t ever want them to feel like they let me down because they are not best friends. And I accept that if they choose not to be friends with one another as adults, that is not a failing of my parenting.

I hope to be proud of the fact I am a mother who respects her children’s decisions that are made out of respect for themselves. I really just need them to be good, productive people who remember where they came from.

As long as they can work together to put me in a good home that’s all that really matters anyway.

Online Troll Ends Up Getting Trolle…