You know you have a strong willed child if something that should take 20 minutes takes eleventy billion, and if every day seems like a battle of wills. My son takes an hour and a half to do a 30 minute music lesson on the days when he’s just not feeling it because, well – he can. He’s advanced that way.

And while people (that aren’t raising our child with us) like to paint the term strong-willed child as a positive thing and tell us that they will grow up to be “the best adults ever”, we still don’t want to hear it in the moment when we’re fighting over what to wear to school, or whether or not ketchup is a vegetable.

You see, we KNOW that our strong willed kids are fantastic human beings, but it’s still exhausting raising them.

And, whether you call them a future leader, or confident, or whatever pretty words you want to use to help out that tired parent raising a strong willed child, the truth is we’re tired.

And, these are the REAL descriptions parents who are raising a strong willed child might use.

If anything is going to turn into a shit show, you better believe that your strong willed child will be behind it coordinating all the key players, and making sure that all hell breaks loose. He will be the one to come up with the terrible ideas with his friends like tying a leash to the cat, or painting your deck with gold spray paint (that really happened). And, his friends will go along because he is the ring leader of the circus.

Life (Or Death) Of The Party

I don’t know about your strong willed child, but my strong willed child is either the life of the party, or the death of it. If he’s in a good mood, he lights up a room. If he is giving everyone the stink eye, he could kill the buzz of a frat boy at his first keg party. His mood can change at lightning speed making it impossible to know how to approach almost every situation. At least he makes things interesting. That’s one word for it at least.

Strong willed almost seems like an understatement for what you go through on the daily as a parent with a kid like this. There is NO convincing a child that is strong willed to do literally anything that is not their own idea. And it doesn’t even matter if your idea is the best one ever. If it’s not your strong willed child’s idea, forget about it.

Eat a popsicle? Nah. He’s good. He wants pie instead.

It’s exhausting to parent someone that basically wants to parent himself from the moment he exits the womb. My strong willed child was four days late being born. I’m pretty sure that was even his idea. 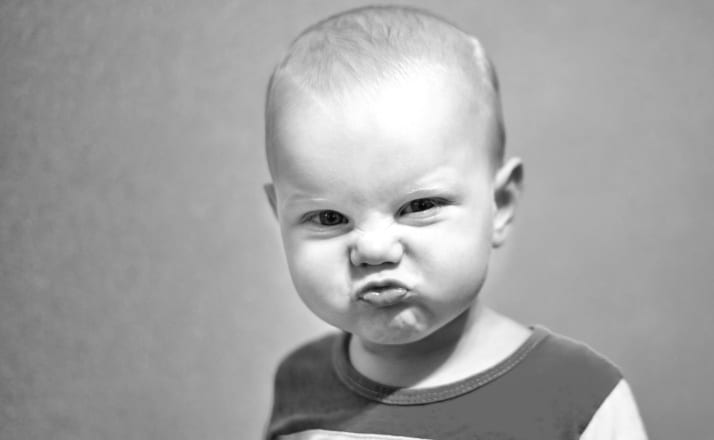 The Teacher Of Patience

All kids are life suckers to an extent, but the strong willed child will make you feel like you’ve lost your will to live. All it takes is one knock down, drag out fight over bedtime, or what to pack in the lunchbox, or what color the sky is, and you will question whether or not you can survive another day raising that strong willed child of yours. So, let’s go ahead and give them their real title – the one who sucks out your will to live with every passing day.

Because, I don’t know about you, but deep down I know they’re right. I know this strong willed kid of mine will be a leader, or invent something ground breaking, or force people to do what he wants them to and end up becoming a dictator of his own small country.

I mean whatever it is, I’ll be honest – I’ll be proud of him. But, it still doesn’t make raising him any easier right now. So, solidarity, my friends. I know what it’s like to have your spirit broken by a strong willed child. It happens to me almost every day. Stay strong.

This post originally appeared on the blog, Perfection Pending