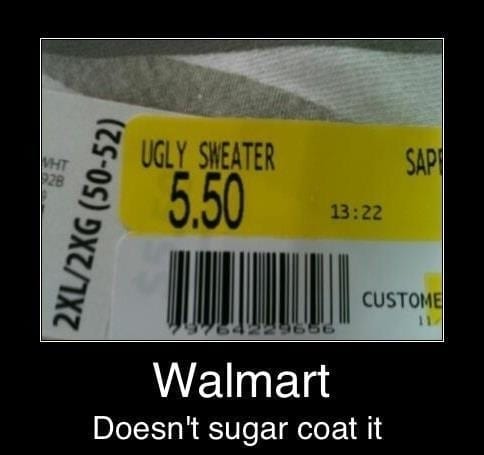 Ever had one of those moments when you look at something and think, “That can’t be right.” So you scratch your eyes, look away for a minute and expect to see something else when you look back. Well, that happened to me on Sunday – at Walmart, of all places. Home of the Crazed and Medicated, which I needed to be after seeing “this.” I didn’t have my phone on me or I would have snapped a picture. Five hundred pictures. Forget pictures. I would have taken a video for the world to see what I endure every damn time I enter that place.

There was a guy in the cosmetics section. Now that alone wasn’t so bad. My husband gladly picks up things when I need him to, mascara included. And it wouldn’t have been so bad if the guy had been buying himself some makeup. All the power to him! But that’s not what he was doing. No siree, folks. That wouldn’t be my luck.

What this guy was doing was gross, weird and I’m sure illegal on some level. I just don’t know what it would fall under. Harassment of products? Gross unwanted contact with lip gloss? Being a complete idiot and needing an extended time out in a padded cell? Possibly.

So what exactly was he doing?

This guy was opening various lip products and licking them. That’s right. He was L-I-C-K-I-N-G open containers of lipsticks, lip gloss and who knows what else. Trying to be like the Pink Panther, he attempted to conceal (how ironic) the fact that he was doing it, but it was obvious. He’d grab a lipstick, take the cap off, hold it down near his wrist, put it up to his face and slowly…lick. Then he’d quickly look around to see if anyone had caught him. Well hell yeah! I caught you, you twisted little freak! I just didn’t want you to know, because I was unarmed (I also forgot my lipstick at home) and had my daughter with me.

After realizing my eyes were not deceiving me, I made like JELLO and shimmied out of that aisle. I didn’t buy any cosmetics – hard to believe, I know. I did, however, half expect to see someone dining on dog food when I finally made my way to the pet food section. Thankfully, it was just me, some older couple looking at pet toys and a store clerk, a young girl no more than 18. I mentioned what I had just witnessed to her, stressing that she might want to alert the store manager. I was NOT walking 500 miles to report the guy at the customer service desk. After looking at me like I was a mutant half-human, she quietly replied, “Okay” and walked away – in the opposite direction of customer service.

And this, folks, is why I need to be medicated before entering a Walmart store.

Here’s what I imagine freaky licker did after he got home: 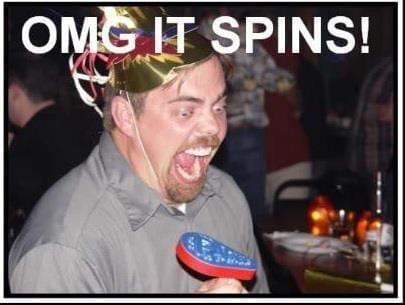 Valentine’s Day is right around the corner. And the reason we all know it is because the day after Christmas, … Read More