No parent can fathom the loss of losing a child. The mere thought is something that is too painful to even entertain much less have that thought become a reality. Yet, one father in Vermont has experienced this heartbreak twice. He lost his first son in 2007 in an avalanche accident when he was only 25 years old, and just this month lost his second son to suicide at the age of 33.

Will Kautz took to Facebook to share his son’s story and what it has been like for them to help him battle his depression. He told That’s Inappropriate that he wanted to raise awareness and encourage compassion instead of judgment. 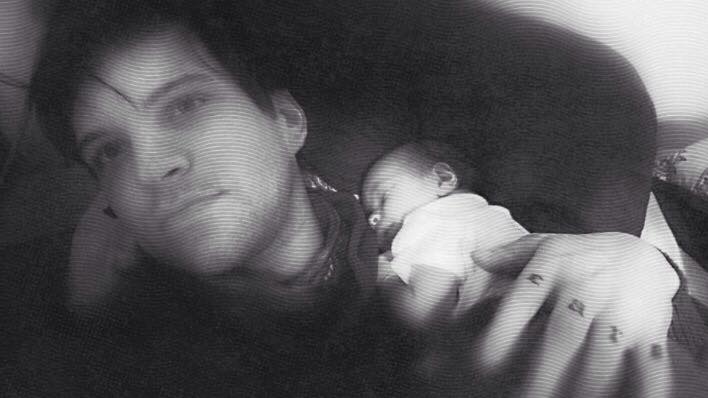 I know this might seem strange to someone who has never had to deal with a mentally ill person before, but I have been mourning Nate’s loss for two decades now and I have finished the process. There had been so many suicide attempts, so many bloody traumas, and so many failed efforts to get him help, that I had already resigned myself to this possibility.

At first, his depression was accompanied by rebellion but after all the damage had been done, Nate came to me one day and said, “I’m sorry, Dad. I’ve dug such a deep hole for myself and I don’t know how I can ever recover.” He was contrite and endearing and we were able to talk about deeper things even though the brooding remained.

He goes on to share that his son met a woman, got married and had a son, and he was happier than he had been in a long time. He wrote,

But the joy lasted only a month. In early January, Max went to sleep and never woke up. When they found the baby, his lips were blue and there was nothing anyone could do. The baby was only 36 days old and Nate fell into his final bout of depression.

What resonated with me most about his story was what he said next. As a person who struggles with mental illness myself, I know first hand that so often there is a stigma surrounding speaking out about depression and anxiety. It can often leave families feeling alone, and judged. As a society, we need to understand that mental illness is just that – an illness, and it’s important to remember that when you see someone struggling. Will says this about those that condemn others for mental health issues,

If a child is born with a hole in her heart, everyone in our society would respond the same way. We would all say, “Oh, that’s so sad! Is there something we can do?” No one would ever wag his head at the child or the parents and say, “You must have done something wrong!” We would all offer sympathy rather than ignorant condemnation. But when a child is born with a chemical imbalance or a genetic predisposition towards mental illness, that child and his/her parents can look forward to a lifetime of shame and blame from a society that is truly clueless about the nature of the problem.

What we need to understand is that the brain is just an organ. It may be the most complicated organ in the body, but it is still just a mass of biological stuff that is susceptible to disease just like a liver or a lung or a pancreas. The fact that our culture offers sympathy to a patient with a damaged heart but wags its collective head at a patient with a damaged brain suggests that we really never left the dark ages when it comes to our understanding of mental illness.

In two days, his viral post has been shared over 44,000 times, and he admits that the response has been overwhelming. But, it’s a message that our society can’t hear enough, in my opinion. The brain is just an organ. It gets sick. And, mental health issues deserve as much compassion and understanding as cancer or any other illness the body has to endure. If anything, I think it deserves more, because it’s an invisible battle that so many of us have to fight.

Kautz shared in his post that while he used to judge himself, he married into a family with mental illness and he understands now what the world is lacking in it’s treatment of individuals with mental health issues – grace. He goes on to state,

So, if there is a lesson in all of this, perhaps it could be summed up with one word: Grace. When you see someone suffering with mental illness or you see parents trying their best to deal with a child who is suffering, please don’t wag your heads. Please don’t automatically assume that some evil has been committed. Just offer them grace. It won’t fix the fundamental problem, but it will show the kind of compassion and solidarity that is so often missing in a society that just doesn’t understand.

And, I couldn’t agree more.

Wil Kautz wrote a book after the death of his first son titled, “Winter’s Grace: How Anguish and Intimacy Transform The Soul” and set up a charitable organization called The Snug Harbor Foundation to help bring some meaning to the death of his son. All the proceeds of his book go to help vulnerable people who are in crisis. Since sharing his post about his son Nate he hopes that the proceeds will be able to help more individuals who are struggling.

He said, “I am being messaged by the minute from all 6 continents. There are so many hurting people with no access to any help.”

And, we hope that by sharing his son’s story, Mr. Kautz will be able to help those that are in pain, and continue to raise awareness about the importance of loving, helping and giving some grace to people with mental illness.


Girls Were Told Not to Say No To Bo…

Mom Is Hilariously Horrified When S…

Reporter Is Smacked On The Butt Whi…

Too many women have #MeToo stories to share; there have been countless stories of sexual harassment and/or molestation that women … Read More