I sat with a friend tonight at dinner as she shared some struggles she’s been dealing with. It was the first time in months we’ve been able to catch up, besides the occasional text message check-ins that busy friends who care about each other, do.

As I listened to her talk about the trial she’s currently going through with one of her kids, I was amazed. I was amazed at her strength. Amazed at her commitment to motherhood. Amazed at the things she was willing to do to fight, and advocate for her child. I was thinking –

I don’t know if I could fight that battle like she is every day. She is such a good mom.

And, most people wouldn’t even know she’s going through a major battle just looking at her. People that pass her in the grocery store probably don’t know the sleepless nights she’s had, or the constant battles she’s been fighting in her own home. Maybe they see a tired, frazzled looking woman at the grocery store, or one that looks perfectly together. 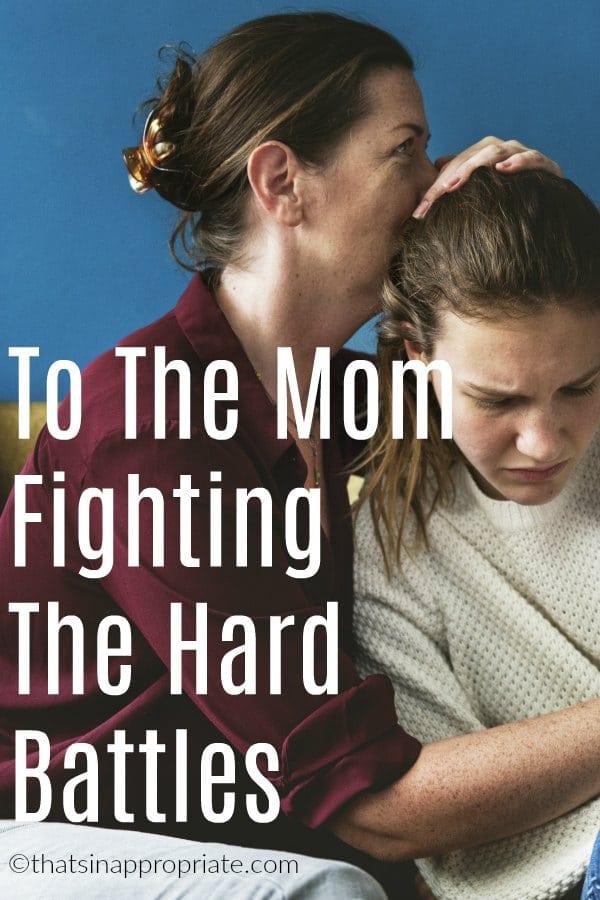 Every day, we fight battles as mothers that no one sees.

And, it’s a beautiful thing if you stop to think about it.

So, to the mother reading this, that’s fighting her own battle right now – I see you.

I see your struggles to keep it together when the TODDLER is giving you his 15th battle of wills for the day.

I see you, the mama, who fights at IEP meetings for her special needs child and goes through paperwork, and meetings that the mama who has a neurotypical child would never dream of having to do just to send her kid to school.

I am talking to you – the mom with mental illness. The one who TAKES A PILL every day to be there for her kids. To be strong. To fight. And, to be the mom that she never had.

I know there are moms that fight battles of chronic illness. They suffer through physical pain while doing a physically demanding job day in and day out.

I see the mom that tries so hard and feels like she’s failing because she’s a perfectionist, and wants to get it just right. The battle she fights is with herself. To keep up. To constantly be doing better than she did the day before.

There are moms that fight to be both parents for their kids, and have the heartache of explaining why the other half isn’t there. They suffer in silence when their child asks about the other parent and they have no answers. They struggle to put a meal on the table, and no one even knows about it. 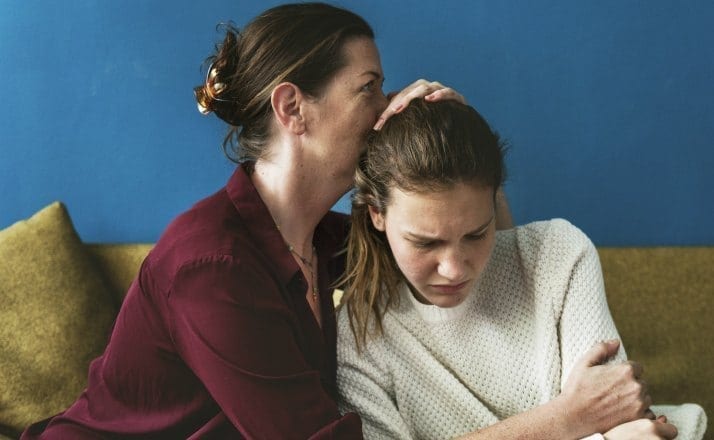 Moms that fight a defiant child, or even just a strong willed one. You battle every day to find the balance between giving in to the child with a strong personality that you love fiercely, and teaching them that no, they can’t have everything they want and won’t always get their way.

I see you, the mom who battles every day trying to balance it all. Be it all. And, HAVE IT ALL.

I see the mom that battles for self-control with her weight, and the ones that battle to give self-esteem to her own kids when she doesn’t feel like she has any of her own.

There are moms that struggle to not give up on the kid that the world has already given up on.

And, there are moms that have EMPTY ARMS. That haven’t gotten to hold their babies for longer than a few hours, days, or weeks. I see the moms that have yet to hold a baby at all of their own, but they long for it in a way that already makes them a mother.

We all fight our battles. Often in silence. Sometimes alone. But, we fight them anyway.

Maybe you’re fighting one right now. One that you don’t dare share with even a close friend for fear of breaking down or being judged. Or worse – for feeling like a bad mother because you complain a little about how hard your battle is.

So if you’re fighting right now – you’re not alone.

We’re all fighting. We’re all trying. We’re all battling something. YOU’RE A GOOD MOM. And, all that fighting and battling means something even when it doesn’t feel like you’re making any headway.

The beautiful thing is, I believe we’ve been given the jobs that we were cut out for, even when we feel like there is no way we can fight another day.

Because somehow we do. That’s what moms do. We fight. We advocate. We don’t give up. We battle within ourselves, and outside ourselves.

Because moms fight for their kids. They keep going even when it feels impossible. They are willing to do the hard stuff that breaks their hearts into millions of pieces.

Because they know all the quiet (and not so quiet) battles in the world are worth it. Because motherhood is worth it. Every last bit.


The Brokini Is The New Men’s …