After dinner one night I was washing dishes, watching my little kids play in the driveway through the window while my 11-year-old sat on a chair nearby.

She told me about her day while I listened, and after a lull in conversation where the only sound was the water sloshing in the sink she said, “Mom? I guess my brothers and sisters are pretty nice.”

“They are,” I agreed, putting a plate in the dish drainer. “What makes you say that?”

She told me about a classmate who accidentally wrote her birthday on the wrong day of her school calendar, and when her older brother saw it he took the opportunity to write beside it, “What are you, dumb?”

His message was still there when she came to school today, and my daughter’s friend was upset and already plotting her vengeance.

Not to say they always get along perfectly.

In fact, two of our six kids currently have their video game privileges suspended for snapping at each other too much lately.

But any fighting between them is usually a one-time reaction to something that just happened. (“You knocked down my tower!” “Stay out of my jewelry box!” “Stop poking me!”) It’s not part of a pattern of unprovoked mean behavior. 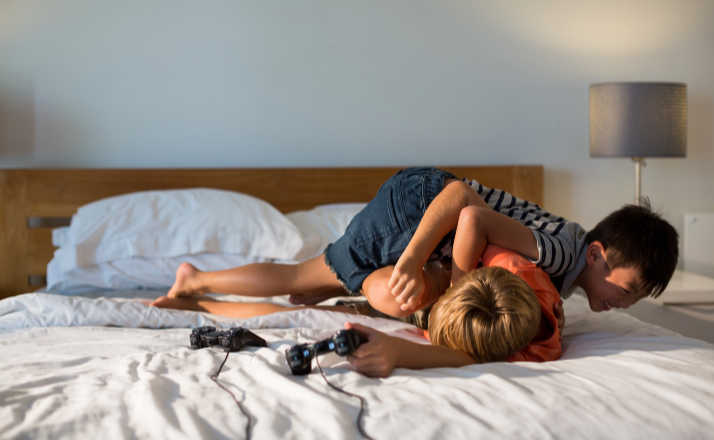 I wasn’t sure what to say about my daughter’s story, so I just said, “Wow, if one of you guys ever did something like that, you’d be in major trouble.”

Just like we sometimes got annoyed with our roommates in college because they made too much noise, used our stuff, created a mess, and invaded our personal space, siblings also get annoyed with each other. And being human, sometimes they lose their temper and react badly.

But how parents handle those reactions matter.

If we allow our kids to talk to each other in a way we wouldn’t stand by and listen to them talk to a friend, or treat them in a way that would upset us to find they’d been treating another kid at school, something is wrong.

Every time there’s meanness between siblings, we as parents have a choice: we can roll our eyes and accept it as normal behavior, or we can stop both kids and let them know it’s not okay.

By tolerating a few rude names or sneaky pushes, we’re allowing things to snowball into what we call sibling rivalry. Kids quickly get trapped in a cycle where each of them is constantly seeking revenge (yes, I’ve heard my kids’ friends use that word) against the other.

So what do you do if your kids are already trapped in the sibling rivalry cycle, teasing each other until someone cries and telling their friends at school how much they hate each other?

I believe you can sit down and talk about what you’ve been seeing. Explain that effective as of right now, this family has a new “zero tolerance” policy. Every single time, for every act of meanness, there will be consequences. Then follow through.

Easier said than done, I know. Being consistent is the hardest thing there is when you’re an exhausted parent. But I promise it will be worth it. 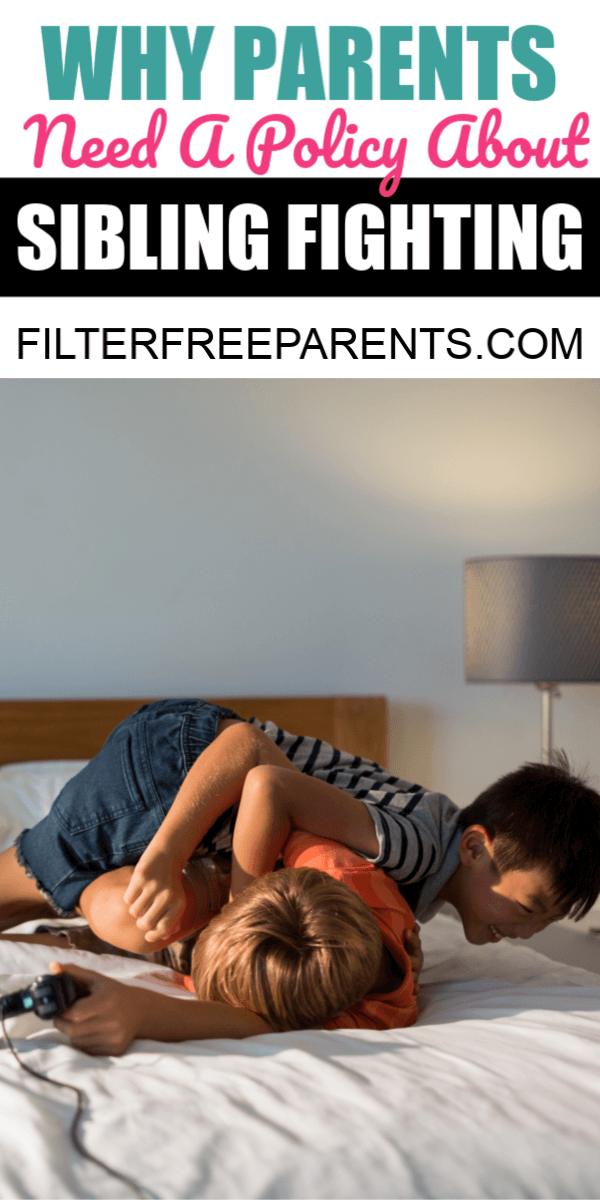 Some other tips to escape from the cycle of sibling rivalry:

Do siblings always have to agree, get along, and want to spend time together? Of course not.

But even when they’re sick to death of each other and need time apart, expect civility. We should never demand that kids treat their own family with less respect than everyone else around them.

Dad to Newborn Asks To Move Back Ho…