I am not like other moms. I let my kids play with all-purpose flour on the kitchen floor. I let them pick out their own clothes, and if that means wearing their pants on inside-out, so be it. I let them wrestle with each other and roll around on the living room floor without playing referee. I have zero desire to be the homeroom mom. I don’t do Pinterest. 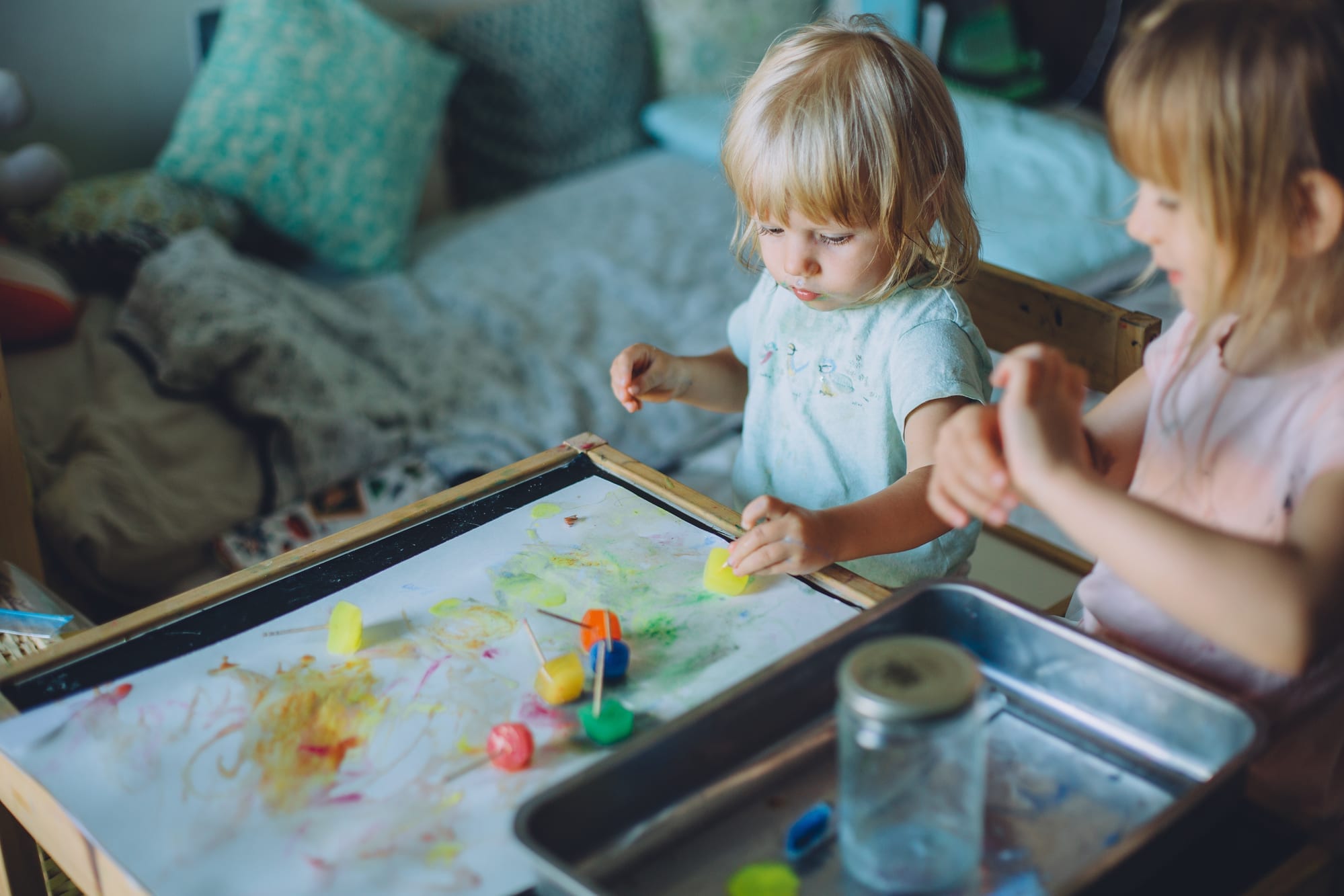 I don’t do everything exactly by the book. Here are 5 Ways I’m Not Like Other Moms:

I love when they fall. I mean, I really love it.

I run over and yell “are you ok?” and brush their wispy blonde hair away from their watery eyes. I make sure nobody is seriously hurt, but a scrape. I’m totally ok with that. I’m totally in favor of skinned elbows and dirty knees and anything a little Neosporin and a big ole Band-Aid can heal. That’s the best way to teach them to get back up. That’s the best way to show them that they have what it takes.

That’s the best way to prove that they are good enough to handle whatever life throws at them, and it’s bound to throw them some real curveballs from time to time. They need to know that failure doesn’t mean getting down. Failure means staying down. And so I am all in favor of anything that teaches them to walk with wounded knees and crawl with calloused hands. I am hands up, praising Jesus for chances to show them to use failure as a stepping stone to doing something, being somebody better.

I don’t stand under them on the playground.

I encourage them from afar. I cheer them on from the corner. But I don’t wait for them to fall. I don’t, not for one second, let them know that I fully expect for them to drop from the third rung in the monkey bars. I don’t let them rely on my strength. I make them rely on their own. I don’t allow them to stand on my shoulders.

I teach them that they are capable to stand on their own. I’m here for them, every step of the way. I am their biggest fan, their number one cheerleader. I am that crazy lady in the stands yelling their name and wearing a giant button with their face on it. Sure, I’ll come running the second you scream my name, but until then, fly away little birdie. Be free. Do hard things. You’ve got this.

I encourage them to be in control.

There are basically two kinds of people: People who believe that they are a direct result of everything that happens around them. That their happiness and their circumstances and their successes are mostly reliant on outside forces. These people, basically, just want to be lucky. They are hoping that life gives them a winning Lottery ticket. And then there are people who believe that they are in control of their destiny. They are happy, because they choose happiness.

I don’t tell them they’re smart.

I hug them when they get in trouble.

I am not a good mom. I am not a bad mom. I’m just a “me” mom. I am just doing the best I can for the people in my family. I am just giving them opportunities to learn skills life is bound to demand from them: grit, independence, positivity, determination. Most of all, I am showing them that they can always count on me. That love doesn’t leave. Love doesn’t shut the door. Love leaves rooms for errors.

I am just a mom trying desperately to train up a child in the way he or she should go, and to go with all his might.

I am just a mom trying to teach their children how to leave them, and still grasping at straws to hang on to every last bit of their childhood.

I am just a mom with no real clue what she’s doing, and hoping that I have enough grace and love and faith to shine through all the moments I royally screw things up.

This post originally appeared at In & Out Beauty by Amy Weatherly.

I love red lipstick, graphic tees, and Diet Dr. Pepper a little more than I probably should. Most days you can find me lounging in sweatpants, running kids from one place to the other like a crazy person. My family is my home and my passion is helping women find courage, confidence, and the deep-rooted knowledge that their life has a deep and significant purpose. Make sure to come follow me on Facebook.

School Board Calls 911 After A…

If you’re a mom, I’m willing to bet that there’s at least a few pairs of leggings in your wardrobe; … Read More

The coronavirus pandemic has required us to modify so much about our daily life, & it’s been unsettling to say … Read More