Do you remember when you were a child and you would do something or say something to your mom and she’d give you a one sentence reply that either really irritated you or wasn’t the response you were looking for? Mom phrases if you will.

Most of them were old adages passed down from her grandma, to your grandma, to your mom. Sayings that over time slipped off of the tongues of moms everywhere, even if they made no sense they somehow became logical with each passing generation. To the displeasure of kids everywhere these responses would stay in our memories and spoken to our own children now that we are the adults in the situation. 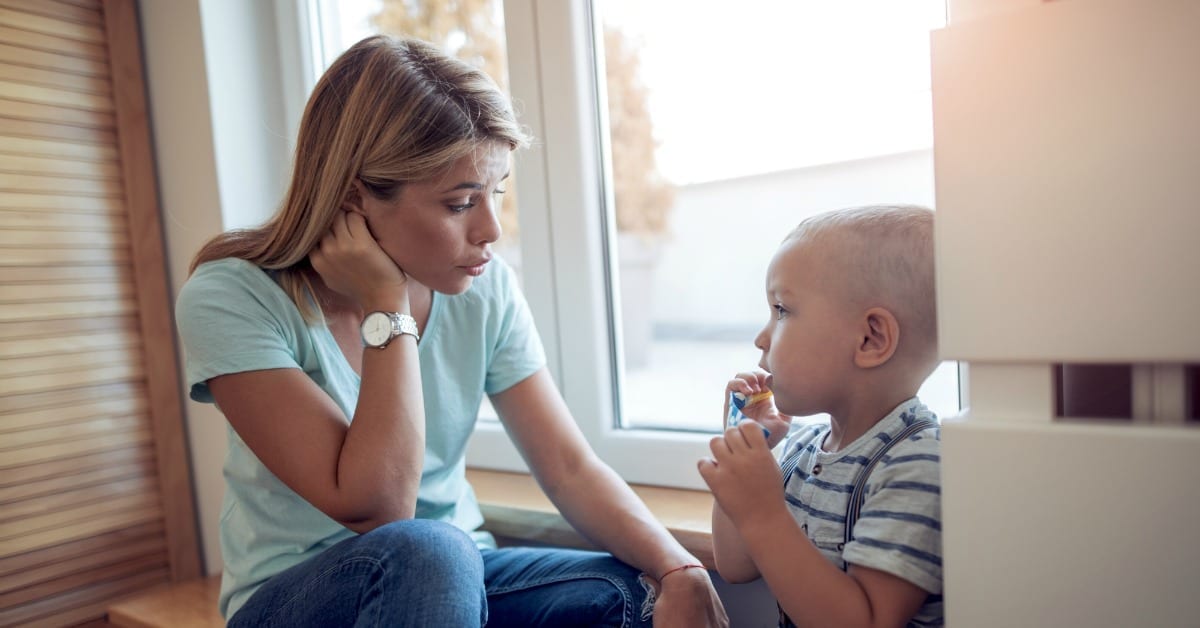 Here are a few of these sayings that my mom used to say to me that I hated hearing as a kid, but now say to my own kids and take great pleasure in doing so:

Wait until your father gets home.

As a kid: You know you heard this one a time or two in your childhood! The saying was meant to strike fear into the hearts of children everywhere, that somehow dad was going to rectify whatever wrong we had done while home with mom that day. In my childhood home it didn’t really hold weight because my dad was a big softy (still is). But, I could see where this would scare some other kids into behaving the remainder of the day so they didn’t have to deal with whatever punishment their dad dished when he got home.

As a mom: I love this one because when the words leave my lips I know they really hold no real weight in our household either. Yet, for me, the arrival of dad means my backup has arrived – reinforcements in the form of my burly husband that will wrestle with and occupy my boys while I have a few minutes to think by myself for the first time all day.

Let me think about it.

As a kid: This was almost worse than her saying no to you. “Let me think about you going to that sleepover every other girl in your class is going to but you” or “Let me think about giving you your allowance early to go to the store and buy candy.” We all know she usually arrived at a firm no if these words left her lips first. Not always, but most of the time.

As a mom: Stalling. These 5 simple words give me a chance to collect myself before I have to make a decision I’m not ready to make yet. They also give me a chance to put off any meltdowns my son is sure to have when I have to tell him the answer is a hard no. It is procrastination at its finest but useful as a mom.

As a kid: You know dad was just going to send you back in to ask mom again anyways right? It was a never ending cycle. Unless of course it involved something easy, like if you were allowed to go back outside and play after dinner. After all, we all knew who made all of the big decisions in regards to what us kids did, went and planned, right?

As a mom: I don’t use this one as much as I should, but when I do it is glorious. You need another cup of juice? Okay, go ask your father. Oh, your monster truck’s wheel fell off and it needs to be fixed? Go ask your father. I typically send anything I don’t have the time to do or honestly don’t want to do at that given moment my husband’s way.

Go play with your sister.

As a kid: This was one of the worst things to hear. What was more boring than being forced to play with your little sibling? Or worst yet, being subjected to “play” with your older sibling who was always mean to you. The two of you were always thrown together. Maybe you got along, but I’m guessing being told to go play together wasn’t always sunshine and rainbows?

As a mom: Can we say free babysitter? No, I’m totally joking, sort of. The first thing I noticed about having two children that aren’t helpless infants is that they can entertain each other for five minutes so I can disappear into the bathroom for two minutes of alone time. Also, two is better than one because they have each other to keep them busy, even if they are fighting. I use this one quite a bit and I know it’ll be overused in years to come.

I hope you have a kid just like you someday.

As a kid: You didn’t quite understand what your mom was saying because you didn’t really think you were all that bad? Geez, what was her problem?

As an adult: You totally get what your mom was talking about as you look into the eyes of your tiny mini-me who is driving you up the wall for the 78thtime that day! Well played mom, well played. However, it’s now our turn to pass the baton off to our own littles, and pray karma deals them a miniature version of themselves as well someday. But then again, we’ll probably be babysitting that kid. 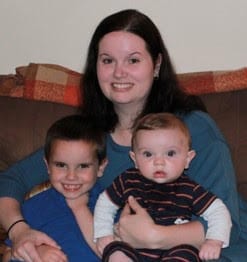 Hailing from the Adirondack Mountains of Upstate New York, Britt has a background in Human Services and Child Development. Married to her Army vet/superhero husband, they are kept busy raising their two beautiful boys, in their cabin in the woods (really in the subdivision). She is also a mom to two angel babies.

You can find her first self-published novel, “Promises of Pineford” on Amazon and Lulu. You can also find her work in progress blog The Bomb Sahm and on Facebook. Pretending to workout at the gym, obsessing over her pets, and secretly wishing she was a Vampire Slayer are just some of her hobbies.

Foster Dog Mom Writes The Most…

Now, I don’t know about you, but when I do some personal shopping, I like to make sure that the … Read More