When I was recently contacted by Paramount Pictures online team for a possible review of their new film Cirque de Soleil: Worlds Away, I wasn’t sure what to expect. I’d never seen a Cirque du Soleil performance in person or on TV, but had heard they were exhilarating and mind blowing. The film is no exception. Cirque du Soleil: Worlds Away, executive produced by James Cameron (Titanic, Avatar and The Terminator), is a beautifully crafted film that entertains the mind and feeds the soul. I enjoyed every second…every gymnastically impossible feat, every mesmerizing costume and every earth moving musical note. It is an infusion of contemporary artistry and old world charm worth watching. 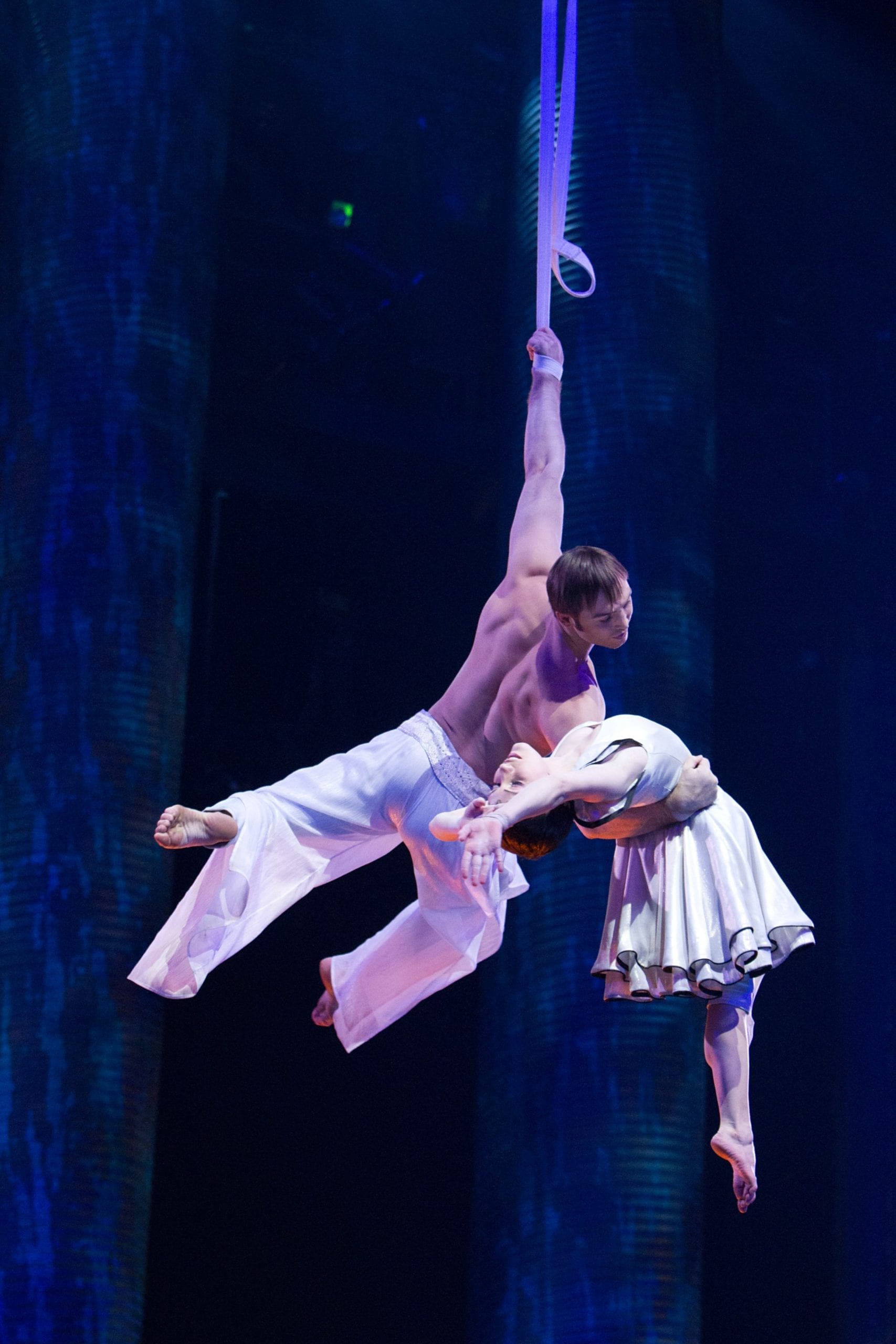 I’m guessing Cirque du Soleil ringside features straight performances without a storyline. The movie adds a bit of a twist, telling the story of a young woman named Mia (Erica Linz) who wanders into a fledgling circus. Seemingly confused and possible uninterested, she is urged by a circus worker to see an aerial performance. She hesitates, but finally makes her way to the show. While watching the opening act, she becomes instantly captivated by a handsome aerialist (Igor Zaripov). Their eyes meet near the beginning of his act, distracting and sending him spiraling to the ground below. Like quicksand, the earth quickly swallows him. Mia follows him through a hole in the sand, entering a fantastical world of acrobatic magnificence. The close-up camera angles, coupled with immaculate use of 3D, put the viewer right in the middle of the action. It was a fun ride! 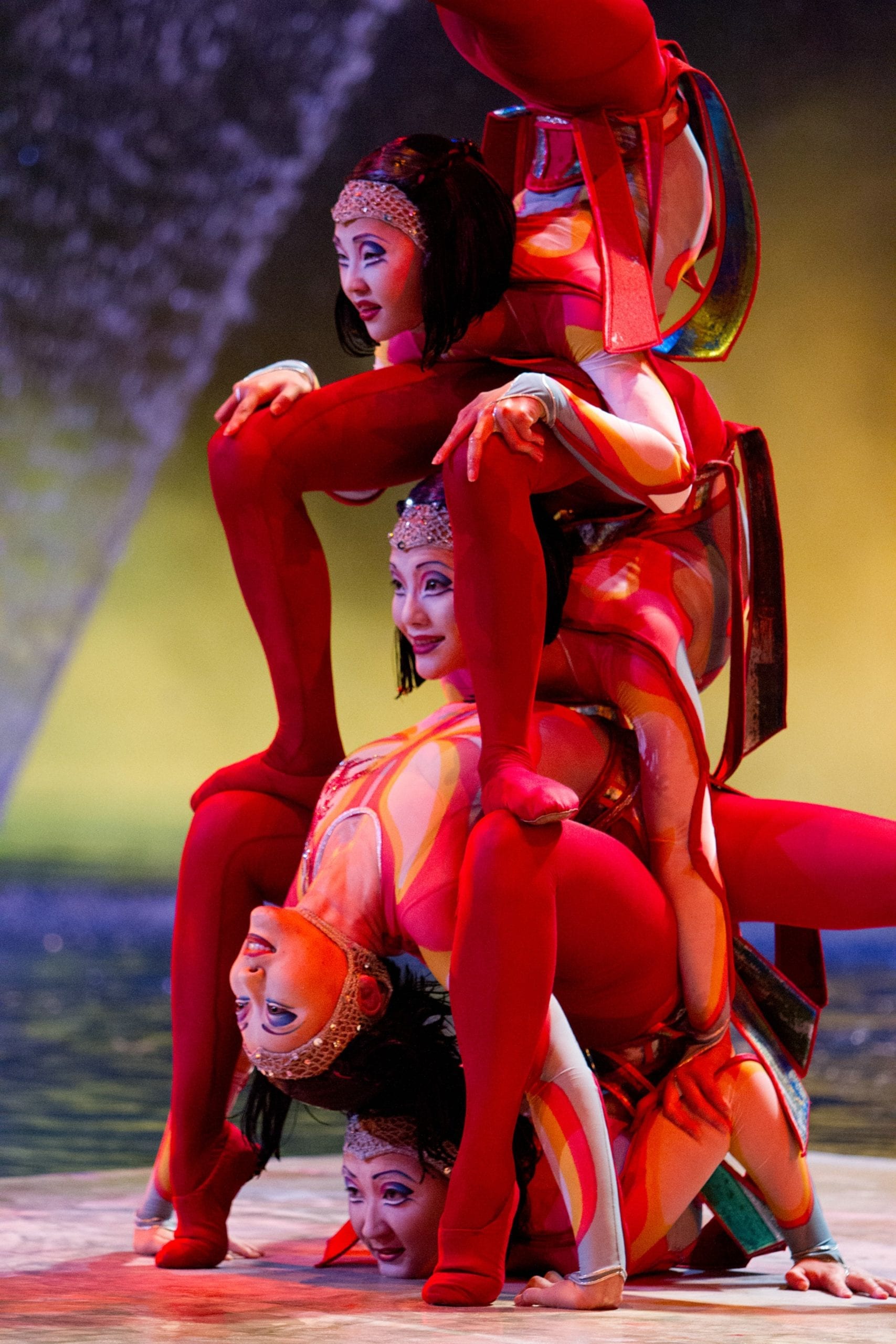 My only complaint, and it’s hardly a deal breaker, is that I craved more dialogue. I understand this was a theatrical film, but the opening led me to believe there would be additional scenes where characters and storytellers interacted with one another. Adding this layer would have opened the movie to a wider audience and broken up some of the theatrical wonder.

Now available on Blu-ray, Blu-ray 3D and DVD, I am recommending the film for families with kids of all ages. My 16-month-old had no clue what was happening, but was intrigued by the music and imagery. Several times I caught her dancing and smiling. That made this mama very happy! 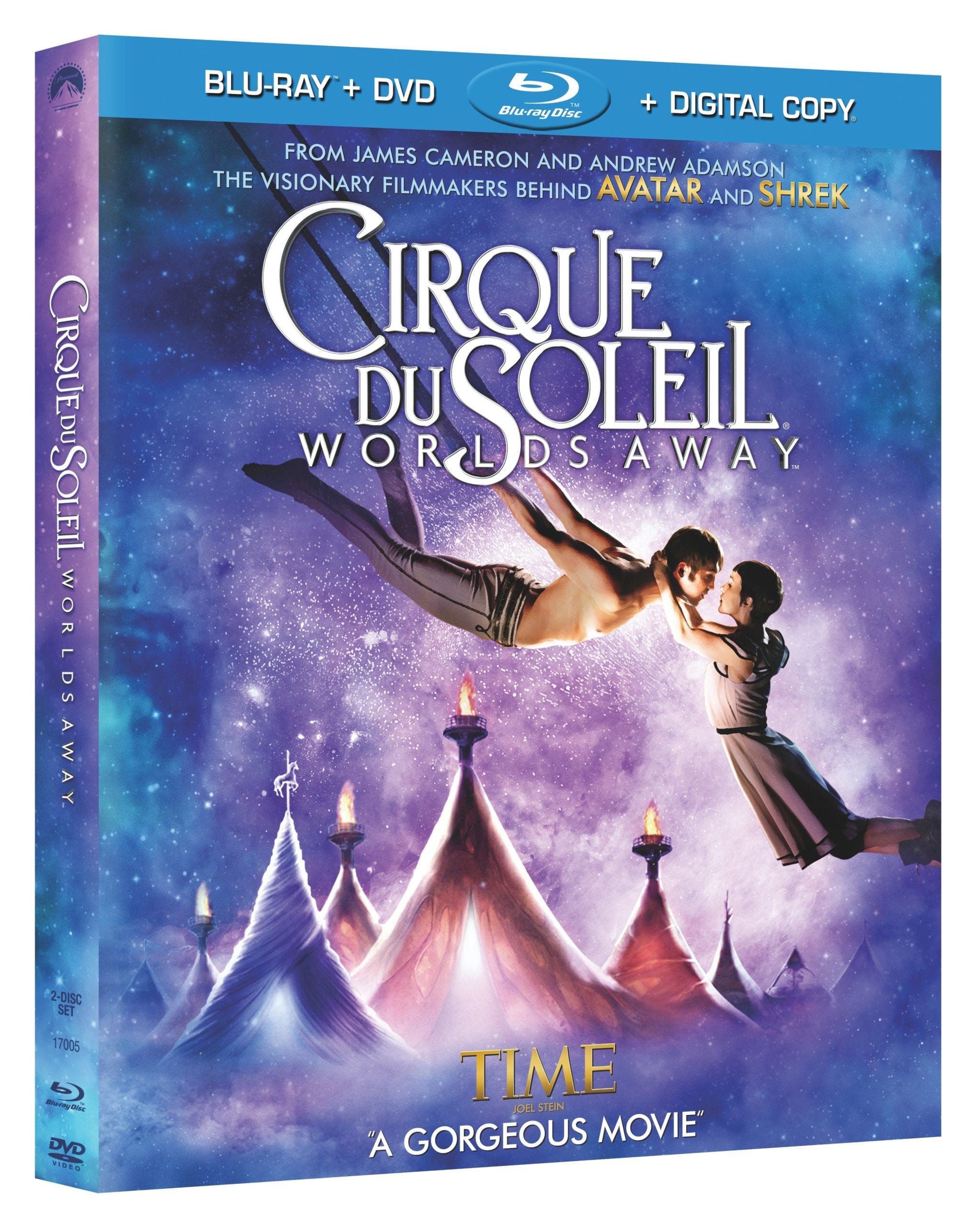 Cirque du Soleil: Worlds Away is available in a two-disc Blu-ray/DVD combo pack or a three-disc Blu-ray 3D/Blu-ray/DVD combo pack. Both combo packs include a Digital Copy and UltraViolet™, as well as a making of featurette and a look at a day in the life with the film’s star, Erica Linz. For those less tech aggressive, the film is also available as a single-disc DVD. Every package available for purchase includes a 20% discount offer on select Cirque du Soleil LIVE shows in the U.S. and Canada (participating shows include Amaluna™, Quidam™, TOTEM™, Mystère™, KÀ™, CRISS ANGEL™ Believe™, The Beatles™ LOVE™, Zarkana™ andZumanity™ and certain restrictions apply). Offer expires December 31, 2013.

Disclosure: Although I did receive a promotional copy of the video and a gift bag filled with Cirque du Soleil official items (estimated value $150), the opinion and views expressed above are my own. No outside influence or monetary compensation was received to preview the film. 
These Butt Cleavage Leggings Are Ca…