Filter Free Parents
Home Podcast Guest The Mama On The Rocks, We Examine The Guide To Sex...

The Mama on the Rocks 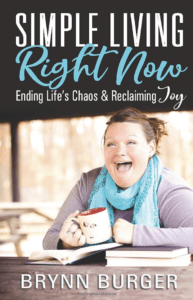 The Mama On The Rocks was created after our little family had endured nearly three years of hardship raising an explosive child. Feeling the paralyzing fear and crippling isolation that accompanies parenting extreme children lead me to grow tired of hiding.

I began being honest–embarrassingly, humiliatingly transparent.

You know what happened?

I suddenly wasn’t alone anymore. There are a lot of us! Mamas, daddies, grannies, and aunts just struggling to hang on by the last thread of dignity we have while making what seems like a feeble attempt to raise a child who is–if we are being totally sincere–REALLY hard to like most days.

How to talk to children about sex: An age-by-age guide

For some parents, talking about sex with their children produces as much anxiety and awkward moments as losing their virginity. When do you bring it up? What do you say? If you mention sex will they start thinking of it?

Preschool to kindergarten: 4 to 6

Often little children ask questions that are related to sex and parents panic. What do you say when your toddler asks how the baby got in his aunt’s belly? How do you explain why daddy definitely does not want you hitting his crotch with a bat?

“Be factual,” she said. “Answer the question you were asked and not the questions that weren’t asked.”

Parents can say that babies grow in an organ made for babies to develop in and leave it at that. Or that it is not OK to touch anyone’s private parts without permission because they are sensitive and private.

“You can be vague,” she said. “There is a lot of misinformation out there. It is OK for parents to not know everything. It is really useful to use accurate words to avoid kids being scared or having misconceptions.”

Or you can redirect if the question requires an answer that isn’t age appropriate.

“You could say, ‘That’s a really good question … That is a conversation for when you are a little older,’” Gilboa explained.

When children ask questions about sex at an inconvenient time, acknowledge it and tell them you’ll talk about it at a better time.

“You can say, ‘Great question, sweetie, I’m glad you asked it. Let’s talk about this later,’” she said.

Then, parents need to talk about it later.

This is when parents should introduce the idea of sex to their children so that they know to ask their parents about sex.

“If But she cautions parents to set the right tone.

“Don’t make it a big scary deal. Don’t pull the drapes and sit at the dining room table,” she said.

With this age group, Gilboa recommends a pre-test where parents quiz their children to see what they know.

Introductions could be easy, such as, “Hey, do you know anything about how babies are made?”

If they say yes, ask them what they know. This gives you a chance to correct them using age-appropriate language. For example you could say babies are made during an activity that only mommies and daddies do together.

If parents feel like in the past they biffed on some of the sex questions or shared misinformation, this is the time they can undo the damage. But it’s time to address sex more directly now.

“I would start by owning up to mistakes,” Gilboa said. “By middle school if you don’t give your kids the facts they will almost certainly get the information from somewhere else and will be entirely unlikely to have your values.”

Again, parents should try the pretest and ask their children what they know about pornography, consent, what “bases” are, or STDs — whatever they want their children to understand.

“Find out where they are at and what you need to teach,” she said.

After they answer what they know, parents can correct the misinformation and ask them how they might handle some situations. Parents might want to ask, for example, what their middle school student would do if someone showed them pornography.

Parents specifically need to be talking about sex with their teens, but Gilboa recommends they do it before their child has a partner. That way their children don’t believe the discussion is targeted toward the partner because they could think their parents dislike their partner.

“It is so much safer for your child for to get these conversations before you and they are picturing a partner in particular,” Gilboa said.

Avoid lecturing too much, though. There are tons of great websites to help you along the journe, including the American Academy of Pediatrics and the Sexuality and Information and Education Council of the United States that have guides about sex. Gilboa even said parents can talk to their pediatricians for advice.

One of the lowest moments in Erika Hurt’s life went viral in 2016, when a police officer released an image of her overdosing on heroin in a Hope, Indiana, parking lot.

“It’s hard to look at, but I wouldn’t be where I am today without that picture,” Hurt, 28, told TODAY Parents.

In the photo, which was meant to raise awareness about the opioid epidemic, an unconscious Hurt sat slumped behind the wheel, while her infant son, Parker, cried in the backseat.

Hurt was revived by Narcan, an emergency treatment used to reverse narcotic drug overdoses, and she was later sentenced to six months at Bartholomew County Jail.

Now, Hurt, is going viral again, but in these images posted to the Addicts Diary Facebook page, she is bright-eyed and beaming. Hurt holds a sign that reads, “Narcan saved my life,” while 3-year-old Parker’s says, “And now I get to have my mommy.”

On October 22, Hurt celebrated three years of sobriety. Though Hurt was initially humiliated when her addiction was exposed to the world, she has since changed her perspective.

Hurt admits she wasn’t much of a mother when she was shooting heroin four times a day. “I was very mentally absent,” she revealed. “I didn’t play with him or show him attention. And I took him on drug deals.”

When Parker would visit Hurt in prison after her 2016 arrest, he didn’t want to sit on her lap.

“He didn’t know who I was or how to interact with me,” she explained. “That was, ultimately, when I was decided I truly wanted to be sober.”

Today, Hurt describes Parker as “a straight-up mama’s boy.” Though the pair hate being apart, Hurt heads out three nights a week to lead Celebrate Recovery meetings in Columbus, Indiana.

“It isn’t easy, but all the encouragement keeps me going,” Hurt said. “Parker is counting on me and I can’t give up.”

Drug overdose is the leading cause of injury-related death in the United States according to the Centers for Disease Control. Of those deaths, approximately 68 percent involved a prescription or illicit opioid.

When is it OK to let kids stay home alone?

[Tiffany] Section Intro: Curious as to whether you have any revenant roommates? Here are the signs you’re not alone at night.

The team spoke to 10 divorce lawyers and mediators and two judges in order to determine the main reasons why relationships may be likely to fail, before interviewing a cohort of couples.

When can children stay home alone?

In a nationwide survey of 485 members of the National Association of Social Workers, conducted from October to December 2015, the researchers asked several questions regarding what age would constitute child neglect if kids were left on their own at home for four hours.

Most states do not have laws or guidelines about when kids can be left home alone.

But the definition of neglect shouldn’t be dependent on whether a child is injured or if the parents are violating a law, Jennissen said, suggesting a need for national guidelines or safety laws on child supervision to better guide parents and protect kids.

While there’s a range of opinions among parents about when it’s OK to start leaving kids home alone, Jennissen pointed out that every child is different and some kids under age 12 may fare OK home alone for a relatively short period of time.

In the state of Florida: Because children mature at different rates, there is no single, pre-set age at which children are considered “old enough” to stay home by themselves for short periods. Parents must evaluate their child’s individual development and physical capabilities. The National SAFE KIDS Campaign recommends that children not be left alone before the age of 12. Many other children will not be ready until later than that. Also, experts caution that older siblings are generally not ready for the responsibility of supervising younger children until the age of 15 or older.