As a self-titled “worrier” I can honestly tell you that every stage my children go through – I worry.

I worry that I’m doing it right, that I’m walking that tightrope balance between strict but not creating-a-rebel strict.

When my kids were little I worried about encouraging them to “advance.”

Things like taking them off of bottles, moving them from the crib to a bed, helping them start to write their name… all of these “next steps” gave me angst. Is it too early? Is everyone else’s kid already writing the alphabet while mine’s over here mastering getting a fork to their mouth without stabbing their face…

God, I miss those days.

Honestly, moms of littles, I get it. Your worries seem big.

You worry that your kid will be the one who starts kindergarten and the teacher will talk to the other teacher’s about his “negligent parents” being the reason he’s so behind.
But man, now that I have these gigantor humans as my kids – what I wouldn’t give to go back to worrying about if they could count to ten early enough.

Hang in there, moms of young ones – the toddler years seem interminably long but your children are so… so…. joyful

When your kids are young they have a delight about them that occasionally gets overshadowed by a tantrum or a bad decision. (Why did you put your storybook in the fish tank??)

However usually after a nap or a good night’s sleep they go back to being their delightful, inquisitive selves and all is right in the world again.

Sure, you dread those moments of grocery store wailing but when they’re not happening, you have a smiley, bubbly little companion who is charming as long as his blankie isn’t in the washing machine.

Herein lies the largest and most painful hurdle of parenting as your kids grow – they lose their infectious giggles and their contagious zest and the ratio of delightful to awful gets flipped around.

70 percent of the time they’re the cutest darn thing you’ve ever seen and the other 30 is the part that makes you wonder if you created a human or a science experiment.

When they become teens – the ratio flips. No, I’m not kidding you. 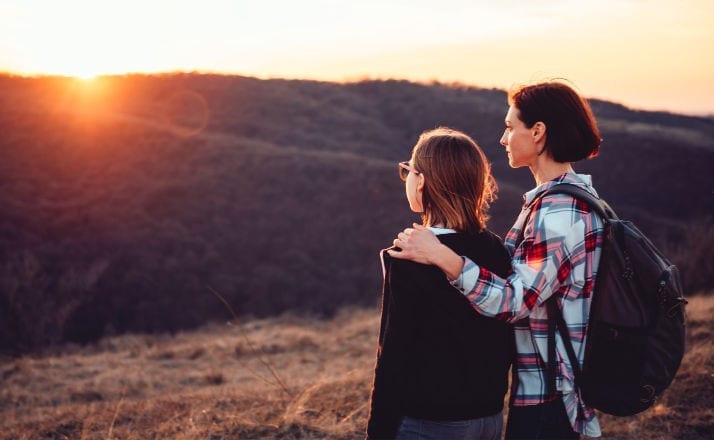 Not only do the worries get bigger (you thought alphabet teaching was big deal? Wait until you meet scholarship applications.) but their attitudes, their outrage and their flair for drama gets bigger too.

And not only that, but your ability to pull them out of a funk decreases. Insurmountably!

Remember the good ol’ days when they lost their minds in the grocery store and they could be cheered up completely with a sucker? Their little tear-stained cheeks would smile over that one tiny crap-flavored piece of sugar on a stick??

When teens lose their minds they hold onto whatever made them angry FOR DAYS. Days of door slamming, silent treatment and attitude rolling off of them in waves.

When they were toddlers you dreaded the “in between moments” (tantrums) but when they’re teens you will LIVE FOR their “in between moments” because these are the moments when you actually see their human side. You may see a spark of humor, a touch of kindness or they may speak actual words in civilized tone.

AND YOU WILL LOVE IT. And tiptoe around it for fear of rocking the boat.

And, just so we’re clear, rocking the boat here could be any little thing like smiling too long, laughing too loud if they crack a joke or asking them three consecutive questions in a row.

If you’re a parent, you probably worry.

Even if you’re not a prone “worrier” like moi, you have probably and will probably have some moments of “oh shit am I doing this right?”

But I’m here to encourage every one of your worriers that no matter how many things you do right, your worries only increase as your child gets older. That, friends, is a cold, hard fact.

Transitioning to solid foods is microscopic compared to teaching them to drive, the ache you feel walking away from them on their first day of preschool is a mere drop compared to the ache you will feel waiting for them to come home on weekends and worrying if their kindergarten teacher will think they’re smart is a treat compared to worrying about whether or not they’re having sex when they go out on a date.

Mamas, you’re not alone. Whatever stage you’re in, however much time you spend worrying or Googling or head scratching – you. are. not. alone.

Phone a friend, text your sister, search for parenting blogs – find an outlet. And an outreach. Someone who went through it or is going through it now – find someone.

Because this worrying stuff is a part of parenting. And as kids go up in size, your number of things you worry about will go up as well.

And hey, if you don’t know where else to turn – come on over here. I’m likely worried about something with one or more of my brood. We’ll worry together.

This post originally appeared on the blog, Hoodlum Stew

How Much Damage Does Lockdown Do to…

Remember back in March 2020, during the first wave of Covid when we shut the schools down, and we all … Read More