I decided that I would carve pumpkins with my kids this year. In years past, I would take the easy way out and buy those plastic kits where you just push them into the pumpkin. Last year was the Angry Bird pumpkin.

I felt like I could tackle the project, so I told the kids, “Tonight, we are going to carve pumpkins. What do you want to carve?”

This was my first mistake.

Why would I give three children a choice as to what they get to carve?

1. Call your gay best friend and tell him you want to carve pumpkins. If you do not have one, perhaps you should rethink carving pumpkins, or any craft project in general. 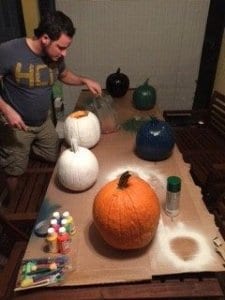 2. Ask the kids to show you what they want their pumpkins to look like.
3. Go to the store with your three kids and gay best friends and get the supplies.
4. Ask the kids to pick the pumpkins. This should take roughly 3-4 hours due to the fact that they will change their mind 76 times.
5. Once you have the pumpkins go to the craft aisle and pick out the needed items to decorate the pumpkins.
6. All of your children will most likely change their mind as to what type of pumpkin they want once you get into the craft aisle.
7. Open up Pinterest while in the craft aisle and get another brilliant idea. You should paint the pumpkins first, then decorate. DUH!
8. Go to the paint aisle.
9. Now all of the kids want to paint their pumpkins.
10. Have the kids choose their paint color.
11. This should take roughly 3-4 more hours due to the fact that they will change their minds another 76 times.
12. Put the paint in the cart and proceed to check out.
13. Pay $70 for pumpkins and crafting supplies.
14. Realize that you also needed to buy food because you have nothing to eat at home and you just paid for all your shit.
15. Go back into the store to buy the food.
16. Pay again.
17. Load up the car and head home for more fun than you can possibly imagine.
18. Line up all the pumpkins and begin to carve out the tops so you can gut the pumpkin. 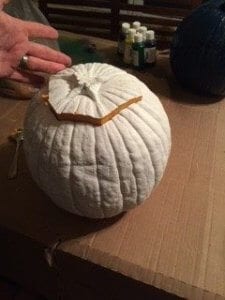 19. As soon as you stick the knife in the pumpkin, at least one kid will cry and tell you not to cut their pumpkin. Scratch that, all three kids no longer want to carve the pumpkins.
20. The children have decided to only paint the pumpkins. Awesome.
21. Cut and gut the remaining pumpkins to prep for the painting.
22. Move all of the pumpkins outside to set up to spray paint.
23. Explain to the 5 yr old 87 times why he can’t use the spray paint.
24. Experience the first of several meltdowns that will occur due to the family craft adventure.
25. Paint the pumpkins and go inside to eat dinner and make alcoholic drinks.
26. Check to make sure the pumpkins are dry.
27. Take the pumpkin into the patio area and place on cardboard as to not make a mess. 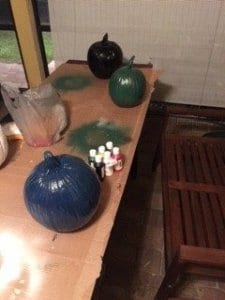 28. Place each pumpkin in front of the child that will be painting said pumpkin.
29. Place desired paint colors in front of the child.
30. Watch the children fight over who gets what color, calling each other “Poopy butt heads” in the process.
31. Get another drink.
32. Oldest child wants an Ewok pumpkin. 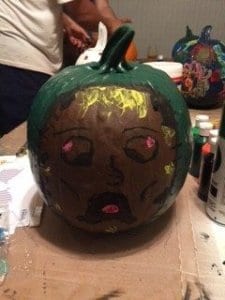 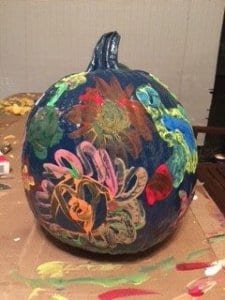 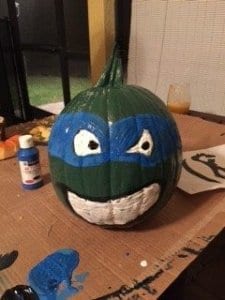 35. Easy Peasy.
36. Go from child to child helping them paint, but being told in the process,“I can do it. Stop helping me.” Only to be asked, “Are you going to help me now?”
37. Make another drink.
38. Sit back and realize there are no awards for family pumpkin carving and let the kids do what ever they want.
39. Watch gay best friend make a magical pumpkin and smile. 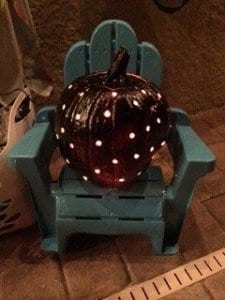 40. Have another drink.
41. Set up pumpkins in front of house and take a family picture. 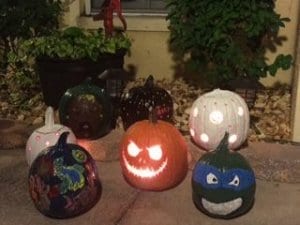 We survived and had a blast. The end product never looks like what we had envisioned, but I wouldn’t have it any other way.

Science Says Moms All Need A B…


Son Grows Out His Hair for Two Year…

Mother and son duo, Melanie and Matt Shaha from Arizona, have been giving the internet major warm and fuzzy feels … Read More

Online Troll Ends Up Getting Trolle…