Firming our decision to stop having babies after two was difficult. After our first was born, my husband and I figured we’d have at least three. Our son was a relatively easygoing baby—one who put himself on an eating and sleeping schedule so Mom and Dad didn’t have to figure it out.

She brought immense joy to our growing family. It was wonderful to watch the two children get acquainted with one another. Being a witness to that blooming bond between siblings gives all parents an adrenaline rush anyone would want to repeat.

But our daughter was tough from the get-go, too—an independent rocket waiting to shoot off at any time. So, after our daughter was born, my husband and I kept saying, “Let’s wait until she gets a little easier until we have another.” 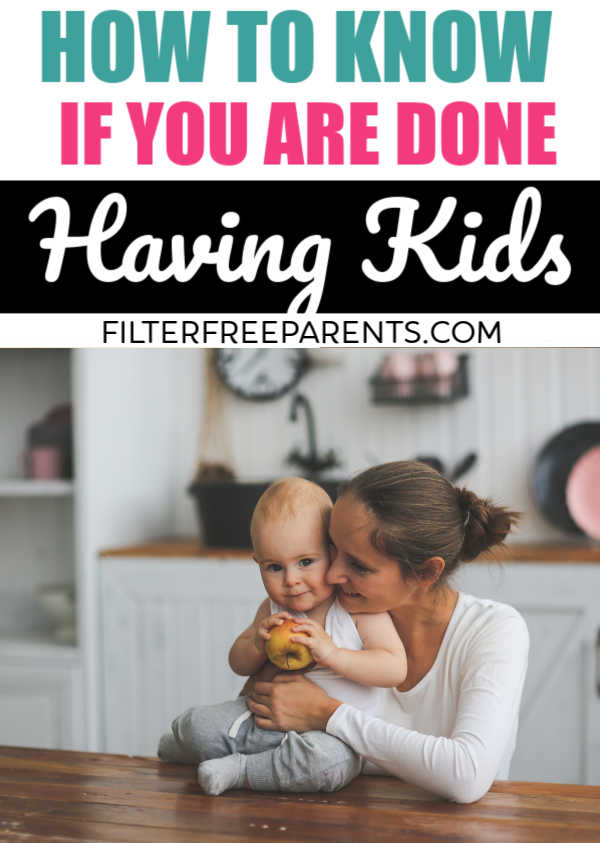 But in all seriousness, it wasn’t just because of our fiery daughter that we decided to stop having babies.

We were getting older and more tired by the minute. And the cost of kids, as we all know, can feel overwhelming to the family budget. So, finally, after countless conversations and debates, my husband and I decided to be done.

But I’m here to tell you that if you’re one of those who goes back and forth about having another child, you’ll likely never truly be satisfied with your decision.

There are days where I’m as joyful as a woman running through a field of flowers.

The freedom that I feel now that my two children are finally older and more independent is freeing.

I haven’t left the house with a diaper bag in two years, and wait for it…the kids can get their own snacks now, too. But within the same breath, there are nights (usually after a couple drinks) where I scroll through my phone looking at old photos and videos from when the kids were babies.

I see my son kissing his little sister for the first time or my daughter trying to sing “You Are My Sunshine” as a toddler. I think back to all of their firsts. My heart aches. As my husband sits next to me watching a show on Netflix, I show him these adorable photographs of our babies—now ages four and six. I wonder if we made the right choice.

And every time he looks at me with the same response: laughter. No, he’s not being insensitive about my feelings to stop having babies, he just knows how I operate by now. My hemming and hawing about child number three just won’t go away. And now that age 40 inches closer and closer, it’s time we seal the deal for good. 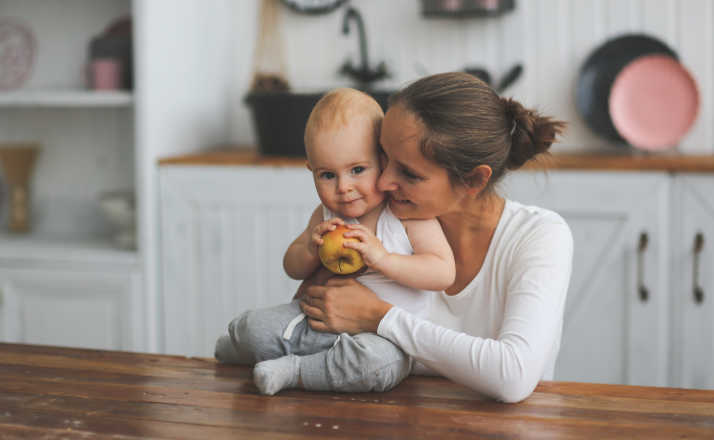 No, choosing to stop at two children doesn’t keep me up at night.

I’m typically quite content with our decision to stop having babies. But watching the bond between siblings ignite is something I do wish I could witness all over again. The magic that another child brings to a family is immeasurable—but it’s a lot of work, too.

I wish I had some words of wisdom for you here, but honestly, I just don’t. Choosing to have another child is one that no family can take lightly. It could even be one that you may just never be content with.

So, until then, be present with your little pack now. And remember to keep taking the pictures so that you’ll always have something to look back on.