Filter Free Parents
Home Kids Elementary Six Reasons Having A Big Family Is The Best Thing I Ever...

It cracks me up every time someone says, “You have FOUR kids?!” Yes, I do. But I don’t have eight or 10 or 12. I mean really, when did a family of six start being considered large? I am the oldest of five. I never really even considered us a big family.

When we go to a drive-thru we get asked to pull forward ALL the time. Rarely are we ever given a correct order. It’s 6 meals, I don’t get it.

When I go to book anything with a family package, there are too many of us. Everything is for a family of 4 or 5. 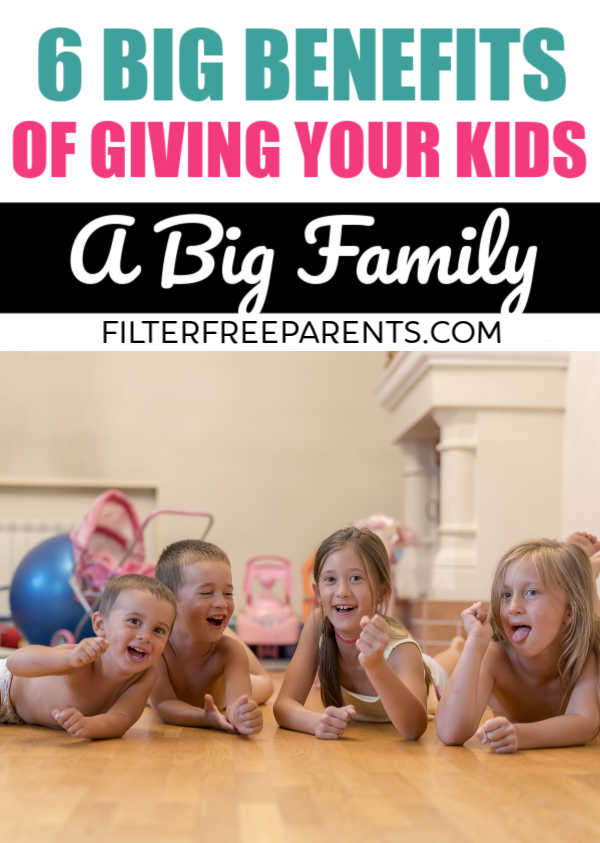 My youngest gets asked by teachers every year how many more there are of us.

But I love it. There are so many benefits if you come from a large family. It’s impossible to be selfish. There are enough of them that they realize at a very young age life isn’t always fair. Or that everyone has their time to shine. Nothing is ever 100% equal and that’s ok.

My kids never complained about being bored when they were little.

There was always someone to play with even if they were currently fighting with one sibling.

As adults, they are going to have a support system or someone who is going through the same thing as them or has been there.

Things are not THAT important to them.

They aren’t denied anything really, but they very much have an understanding that material things don’t make you happy. Would they all like an iPhone X? Yes, but they also get that they are lucky to all have a cell phone.

They know six cell phones don’t come cheap. They don’t get to go shopping just because. But they do get new basketball shoes when they need them. Or whatever else they NEED. Wants are just that. Once in a while someone will get something just because, but nobody else ever says, “Well that’s not fair” because they know eventually it will be their turn.

They feel safe. They know that even when they are struggling their siblings have their back.

Middle school sucks and my middle daughter has had a rough year. I honestly don’t know how I would have gotten this far through the year if it wasn’t for my oldest daughter telling her it would be ok and soon, she would be in high school with her.

She believes her sister, way more than me. After all, I’m just the mom. This past summer the same daughter had a really rough day at her state softball tournament. And you better believe that her three siblings who detest watching 12U softball (because let’s face it, it’s not exactly thrilling) showed up the following day and cheered so loud for her she was borderline embarrassed.

They are workers. With 4 kids all very close in age who are now all in middle school or high school life is crazy busy.

Everyone knows they have to pull their weight. Tonight, my youngest started dinner because no one else was home so we could eat before 9 pm. My oldest regularly gives rides to someone because I am at someone else’s game. Pretty much no one ever comes home without switching out the laundry and getting another load going. If the washer and dryer has stopped we are behind on laundry automatically. 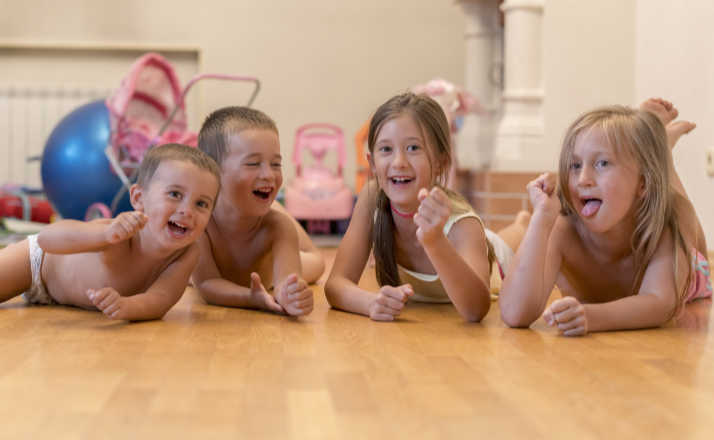 They learn to resolve conflict. Without me interfering.

Partly because they gang up on each other when one is clearly in the wrong. I don’t have to referee because there is always more than one person telling them they are being ridiculous or unfair.

I’ll probably never understand why we still get the weird looks. I mean there aren’t four of them under five years old anymore.

I do know that I have zero regrets, even when I have to make money stretch farther than I would like. Even when I can’t be four places at once and I have to miss things. Every single one of them is worth it.

And each of them is the greatest gift their siblings will ever receive.

Amazon.com. The shopping mecca of the internet where if you can dream it, you can buy it, without ever having … Read More