I always dreamed of having a large family. From the time I was a little girl I imagined a busy house filled with a whole crew of adorable children. The sounds of joyous laughter ringing through the halls.

I would lovingly care for their needs along with my adoring husband. My vision was very much like a scene straight of the “The Sound of Music.” We would be like the von Trapp family. Matching outfits and everyone singing together and playing instruments. Oh yes, I had quite the imagination.

When “Cheaper By The Dozen” was released in 2003 I already had one child. The movie quickly became one of my favorites. I was in my mid-twenties but still naïve enough to get caught up in the magic of it all. A huge family, filled with love. Yes it was chaos, but it was happy chaos. And they had their challenges, but they got through it all together.

I now have four children and I have found out that there are a lot of things people don’t tell you when you plan to have a large family. Here are some examples: 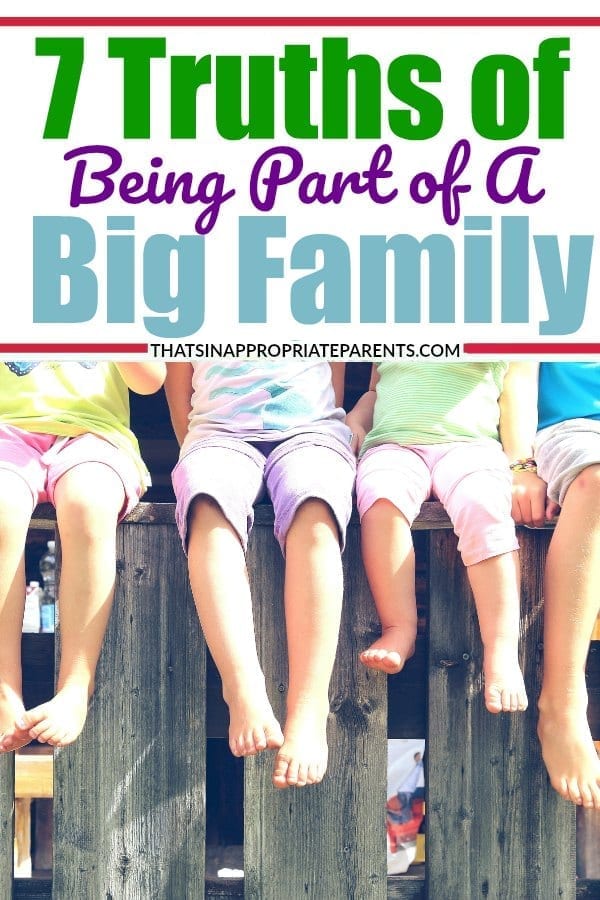 Your Home Will Be a Complete Madhouse

Having a large family has looked a lot less like “The Sound of Music” in our home and a lot more like “Lord of the Flies.” And I’m not entirely sold on “happy chaos” being a thing. Is that a thing? I’m not buying it. Chaos is most certainly a thing and it looks a lot like insane schedules, piles of laundry, and kids fighting for bathroom time.

No One Is Going to Indulge Your Cute Mom Ideas

My kids steadfastly refuse to wear matching outfits for photo ops or any other occasion. No matter how totally awesome those outfits might be. I had to threaten to phone Santa and call off Christmas last year just to get them all to wear the Christmas sweaters I bought for photos. And you can forget the von Trapp sing-alongs.

The last song my kids sang together was “Baby Shark”. And the older kids spend most of their time together discussing which one of them has the worst taste in music. “Mom! She said my music sucks!” See? More happy chaos.

Your Linen Closest Will Become A Mere Suggestion

I have a linen closet in my upstairs bathroom that should be packed to the gills at all times. We live in a small home and storage space is at a premium. We also have lots of towels. I cannot recall one time at any point in the last five years or so that our towels have been washed, folded and found their way to the linen closest in one day.

They usually make it as far as a basket in the hallway at the bottom of the stairs. Those kids use those towels so fast that by the time I attempt to have my own shower, they have all been pulled out of the basket, used, and left nice and wet on the floor.

Family Sized Groceries Will Not Apply To Your Family

Grocery shopping for a large family is the ultimate act in futility. I try to buy in bulk as much as possible so that I don’t have to live in the grocery store. However, I swear I can go to Costco, fill the van, drive home, bring all the groceries into the house, go out to shut the trunk, and walk in to find everything already eaten. And packages marked “family size” are not for large families.

Once you have a large family you will need two or three of those packages to actually feed everyone. Also, no one mentioned just how often I would consider obtaining a second mortgage to cover groceries. I will say this about Costco. For a second home it’s really not that bad. Its climate controlled, there are lots of tasty snacks and they have a better television than I do.

Someone Will Always Be Awake

When you have a large family, someone will always be awake. I can’t prove this but I am almost completely certain that my kids hold secret meetings where they decide that if mom is exhausted and off her game, she is easier to persuade. Then they create a schedule which outlines when each of them will take turns being awake and for how long.

The reasons vary but are age appropriate. For the little guys it could be a bad dream, a drink of water or the need to pee. For the teenagers it could be anxiety about a test, relationship troubles or forgotten laundry that MUST be done before daybreak. If you know someone is planning on having a large family, give them coffee grinds in bulk at their baby shower. The biggest canister of coffee you can lay your hands on. I’ll loan you my Costco card. 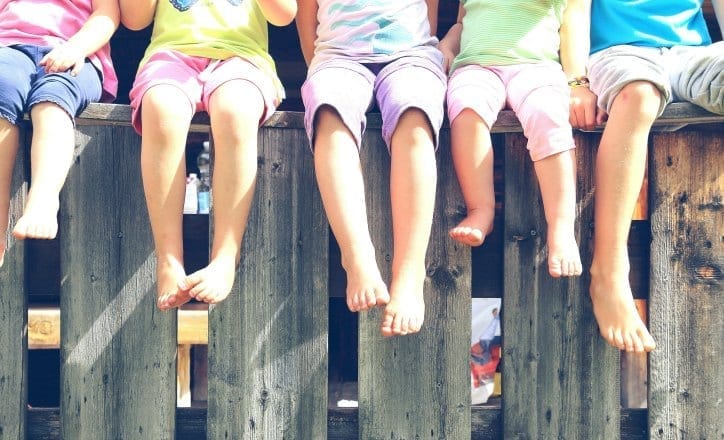 A Virus Can Last Approximately 100 Years

When you have a large family, with kids in different grades and sometimes different schools, and one child comes home from school sick, batten down the hatches and buckle up. You are in for the longest ride of your life.

Whatever nasty virus came home with patient zero will slowly make its rounds through the entire crew. Each will fall sick a couple of days apart. It will go on and on and on. You will find yourself doing everything and anything you can think of to prevent this from happening.

Apparently the average citizen isn’t allowed to just install a decontamination shower outside their front door. I don’t understand that. But guess what else you can buy at Costco? Bulk flats of Lysol wipes. Add those to the baby shower gift with the coffee. She may not understand now, but by kid number three she will be calling you to tell you what a genius you are.

You Will Fall In Love With Your Mini-van. And You Will Live In It.

I recently requested that we trade in our older mini-van for a larger mini-van. That’s right. The biggest mini-van we could find with the most seats. I would have happily bought a bus if I thought I could ever park it anywhere.

You see, once children reach a certain age they have friends and eventually convincing them to do anything without bringing a friend becomes a battle simply not worth fighting. And when you already have a large family that means a lot of extra kids.

And with all of those kids comes sports, music or other lessons, part time jobs and visits with friends. My current van contains enough random food on the floors to sustain us for weeks, and clothes from so many people I could start my own thrift store. I can’t get the van cleaned because it never stops moving. Ever.

It Will Be The Most Amazing Thing You Ever Do

Are large families noisy, messy, expensive and exhausting? They sure are. But they are also amazing. The chaos that they bring means our home is always bursting with energy and excitement and voices that may sometimes be grumpy and frustrated, but are also filled with ideas and stories and make believe.

Do the kids refuse to indulge in my pre-kid fantasies about large families? Every damn time.

But I get so many hugs and so much love from so many people in a day, I can’t imagine how empty I would feel without it.

And do the kids bicker and argue and often refuse to agree on anything? Absolutely. But those kids would defend each other to the death outside of the walls of our home and I never have to worry because I know they are taking care of each other and that they always will.

“Cheaper by the Dozen” got one thing right. We definitely have our challenges. But we always get though them together. And I wouldn’t change any of it for the world.