Remember the playgrounds of our youth? You had to be tough to survive on those concrete jungles. There was metal- lots of it. And gravel- lots of that, too.

Slides were molten metal that scorched your ass on a hot summer day. Monkey bars led to chipped teeth and broken arms. And how about that spinning carousel of death known as the merry-go-round? Not very merry when you were flung clear off that vortex of terror.

And how about your first heartbreaking playground betrayal: the see-saw. Your “friend” would bounce up & down… then hop off, slamming your butt to the ground. You young kids don’t even KNOW.

Modern playgrounds have come a long way since our Hunger Games 80’s childhoods; they feature soft surfaces to land on, and virtually everything is plastic.

One mom posted a picture on her Facebook page of her young daughter playing on the school’s playground equipment. And the equipment looked very, well, anatomically equipped?

Sydney of the popular mom blog Strollin With My Homies decided to check the app that her daughter’s classroom uses to keep parents up on the fun doings of their kids’ days. As she opened it, a picture of her kindergartner daughter popped up- having a blast on the school playground.

Sydney enjoyed seeing her daughter’s happy face… at least until she spied what her daughter was happily perched on: (It sure makes that blistering metal slide look a helluva lot more innocent, doesn’t it??)

Sydney’s response to the pic probably mirrors our own quite well:

Nope, this is NOT a drill. This is cleverly colored “junk” disguising itself as playground equipment. Nice dick trick, but we’re onto you. Well, not onto you, but we know what you’re trying to disguise yourself-

-ugh. This is awkward. Why can’t we un-see the pervy playground peens now???

And I’m going to go out on a limb here and say that this particular playground structure was most likely engineered by a guy. It just had to be- fight me on it.

Maybe these structures were intended to look like jacks. Maybe??

But any woman would take one look at that blueprint schematic & immediately say, “Nope- they’re not jacks. You can’t put a pile of penises in a kid’s playground, Doug.”

I know, I know. Some of you are rolling your eyes right now, assuming the rest of us penis-peepers are digging too deep to connect a idea that isn’t really there.

Based on the photos shared by others in the comment section, it’s obvious that when it comes to modern kid playgrounds, the penises are on parade, people. 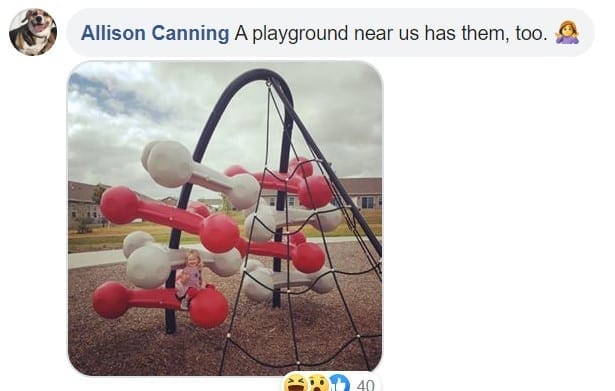 It’s all about the angle, Kerri. So guys say, anyway…But, wait – there’s more: 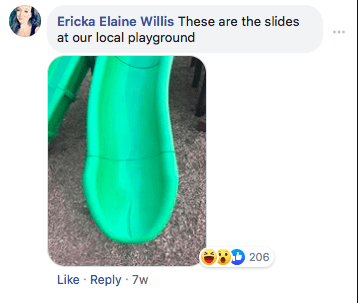 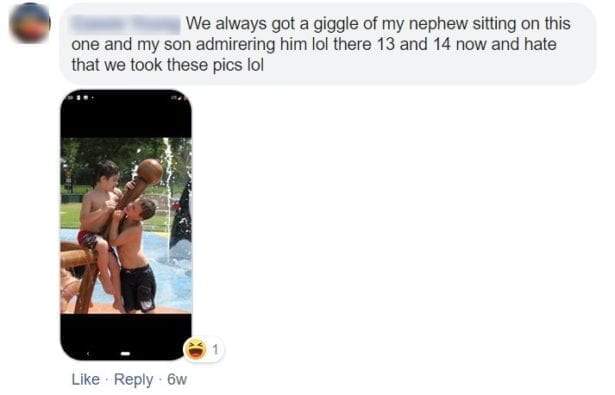 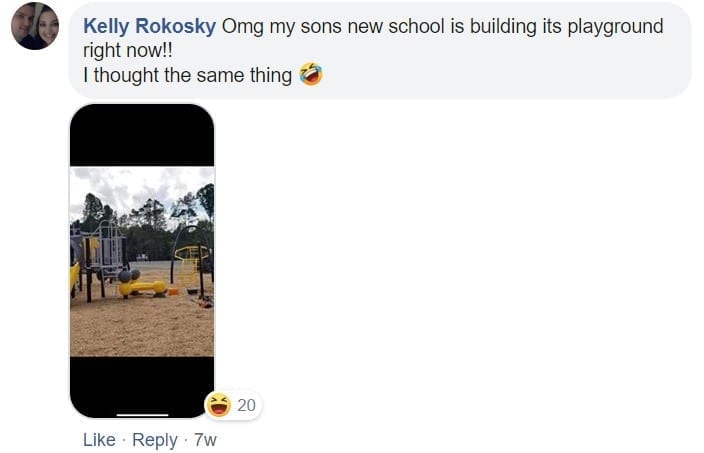 A new batch! They just keep coming… and coming… 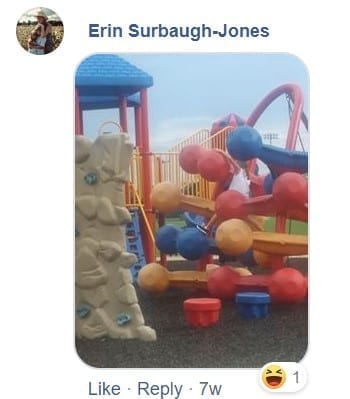 That’s a whole lot of pe– PLAYGROUND EQUIPMENT. Just hammering away at that wall. Nothing to see here, folks. Keep it moving.

Note: The same women who immediately identified the playground toy as a penis are the same women bouncing on the pervy toys. And they are my tribe!

Was the playground equipment intended to look so phallic? I doubt it, but the resemblance, -accidental or otherwise- has resulted in great fun for the kids, and hilariously immature snickers from their parents.


There is A Huge Capri Sun Recall Af…

Got some Capri Sun pouches in your house? Before you hand one to your child, read this first. We are … Read More

We’re weeks into social distancing now, and two types of quarantiners seem to be emerging in this recent life shift … Read More