When it comes to “we’re pregnant”! announcements, I feel like I unfairly missed the boat on this trend. Gender reveals, too. I’ve got six kids- my youngest is almost seven, and I feel like these cute, creative ways to share your news came along too late for me to get in on the game.

But every once in awhile I see a gender reveal that fail in such an epic comedic way that I’m glad I missed the pressure of trying to pull one of those moments off.

Now there’s a lot of ways you can share a pregnancy announcement on social media. You can post the old reliable pic of the “bun in the oven”. Maybe a video of your hubby discovering the “Best Daddy” onesie you’re surprising him with.

You can choose the obvious (maybe TMI?) route of posting your positive pregnancy test stick.

Or- you can make it original. I’m talking unique. I mean the kind of announcement that features an arm-length latex glove, a wife smiling happily from a cow chute. You do you, folks!

A set of parents-to-be posted their own farmer’s twist of a “we’re pregnant!” announcement on Facebook, and the reactions are definitely mixed.

Ok, I’m the first to say that being from suburban New York, what I know about farm life could fit into a space no bigger than a cow’s- well, we’ll get to that in a moment.

Maybe some farm folk like to frolick in the corn fields. Things get hot & heavy and if you end up conceiving your first child on a bed of damp corn leaves, good for you!

Announcement Idea: Take a pic of a corn kettle with a cute, handmade sign saying, “Ready to pop our own little corn kernel, March 2020.”

Parents-to-be Steven & Tori Dudley opted to share their own slice of farm life. But they weren’t wrestling in the corn field, apparently, as Steve put it:

When you mess with the bull, you get the horn.

We’ve got wifey, smiling happily, in a cow stall. Sure, she seems happy. And so does her proud hubby, who’s standing just outside the stall, bearing a sign with “BRED” written on it.

The comparison of Tori to a cow in terms of breeding is a little awkward, but people have asked if my six kids were “born in one litter?”, so comparing humans to animals happens, right?

But once you notice that Steven is wearing an arm-length blue latex glove…. this pregnancy announcement train jumps the tracks a bit and hurtles into parts unknown for city folk.

Some of you get the glove reference. You may even find it amusing because you’re used to the farming way of things.

To those of you whom I must explain the glove’s purpose, my profound apologies. You will never look at arm-length gloves, bulls, or Steven Dudley (maybe?) the same way again.

When it comes time for cows to be inseminated by bulls, they don’t wine and dine one another & make blissful love. Nope. In fact, bull semen is collected in a tube -that dear God is hopefully only used for this one purpose- after the farmer “stimulates” the bull with the equipment.

Once the semen is collected, the farmer then slips on the now-infamous latex arm glove, lubricates it, and pops his arm deep into the cow’s lady parts to clean away any… debris.

After that’s done, he gets his arm way up in there to release the, um, “specimen” into the target area.

I fully admit I knew virtually nothing about this process until I found this handy 8-step guide to inseminating cows, so thanks, Google!

(And a glove can be used to confirm pregnancy as well, though I’m thinking they skipped the glove & went for the EBT stick instead.)

But regardless, this newly pregnant couple does look super-happy:

The Dudleys felt that this was their way of wanting to share their good news, & it shows that at the very least, they have a great shared sense of humor.

Give them props for wanting to put their own spin on their announcement!

But since they shared it publicly, you know the Internet wasn’t going to let this one slip by without sharing some thoughts, because that’s what the Internet does- welcome or otherwise.

And they’ve got THOUGHTS.

Yes, there are the sincere congratulation comments, because many people were not only happy for the couple themselves, but got the intended humor of the staging.

Then there are the less “enthusiastic” comments: If this is honestly how things went down, then lie to us. Please.

No one needs that image in their minds. NO ONE. 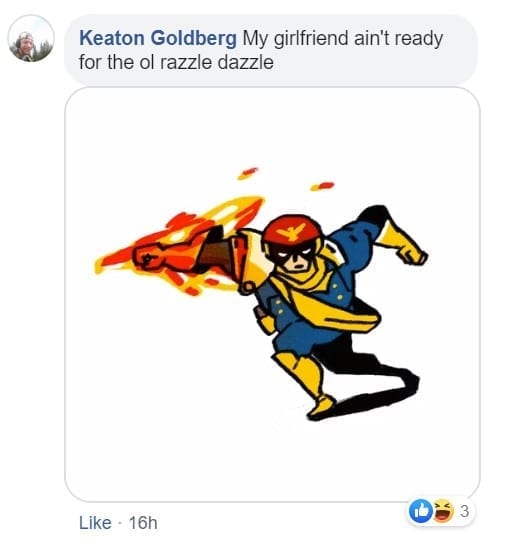 If that razzle-dazzle was coming at my hind quarters, I’d be busting out of that metal cow stall quicker than you can say, “Arm-length latex glove.” If my brain had an expression, this nails it.

Yeah… joke or not, drawing any comparison between women & livestock? Not usually cool.

Agreed, Jonas. I don’t know what to think about any of it anymore… and still don’t know how I feel about pumpkin spice, either.

The Dudleys certainly deserve to be excited about their big news, and obviously felt it was worth sharing on social media.

But as anyone who uses social media knows, thick skin is a necessity when facing critical comments on your posts. Unfortunately, not everyone on social media has a sense of humor.

If their photos are indicative of anything, the Dudleys’ skin is as thick as leather; they’re BRED to be tough. And funny. Clearly they don’t take themselves too seriously, a concept which many social media users could learn from.

And of course, a big congrats to the expecting couple!

Mess with the bull you get the horn! Dudley herd will begin April 2020! Letting the Kids Finally Hug Their Grandparents Was What We All Needed. 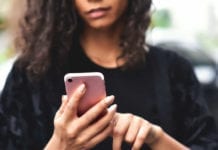 After My Divorce, I Unfriended Anyone Connected to My Ex. I’m Just Sorry I Waited So Long. 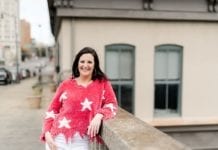 I Know Why Women Don’t S…

Vodka Ice Pops Are At Costco And Su…

Letting the Kids Finally Hug Their Grandparents Was What We All...

After My Divorce, I Unfriended Anyone Connected to My Ex. I’m...

I Worked Double Time For Years To Cover Up The Fact...