Whenever January rolls around, the gyms are packed with people that have made exercising a New Year’s resolution. And by mid-January, many have abandoned their workout goals, and their gym attendance wanes.

But some stay committed- I mean, REALLY committed to getting the most out of their gym membership.

A man posted a hilarious request for help on his Facebook page after finding himself locked inside a “24-hour” gym after the employees had gone home.

Dan Hill of Sandy, Utah was getting in a late-night swim workout at his local gym, 24 Hour Fitness when he made an unusual discovery:

Despite its name, the gym is apparently NOT open 24 hours each day.

Dan learned this confusing little detail when he finished his swim laps and found the entire gym completely empty. He was the only person in the building; even the employees had left the premises.

Unbeknownst to Dan (and probably to most people who join a gym named “24 HOUR Fitness”), the actual hours of operation are 4am-12am.

While Dan was likely underwater, the employees closed up shop for the four-hour break. And when Dan re-emerged, he discovered that he had no way out of the locked building.

So Dan called for help… by posting his plight on Facebook:

I am literally locked inside 24 hour fitness right now. They closed the doors and went home while I was swimming my laps in the pool.

Dan was reluctant to open one of the emergency fire doors, in fear that the alarms would alert police, & they might mistakenly assume that he’s tried to break in.

Instead, he made some calls. He first called the local Sandy dispatch, who said they’d call him back.

Then he called his wife. Now granted, it was 12:37am, but being the loyal, supportive wife that she is, of course she answered Dan’s call.

she said find a comfortable place to sleep. LOL

Dan wandered around the empty gym, trying to figure out how to either make his exit, or keep himself entertained until help arrived.

And while Dan remained locked in his involuntarily workout space, social media supported him in the best way possible- with humor. 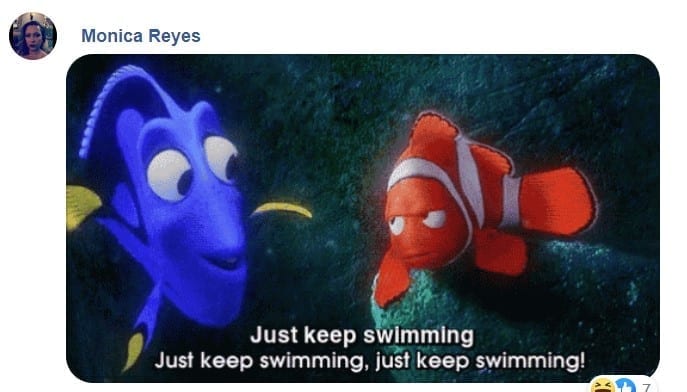 Workout verified! And extra credit for the “endurance” portion. Obviously.

Plenty of weapons at Kev- I mean Sam’s disposal…. 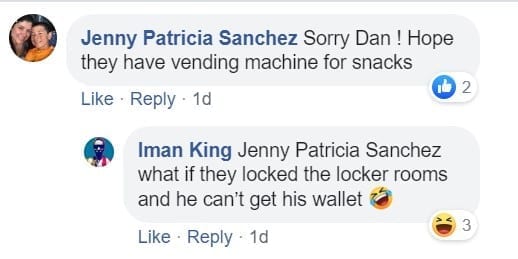 While many were (humorously) sympathetic to Dan’s situation, some pointed out he hit the lottery, gym-wise:

I have to agree. An empty gym with every.single.machine available? No loud grunts from the weight area? No strangers’ pee in the pool? Challenge ACCEPTED.

Others were simply baffled by the idea that a 24-hour gym isn’t necessarily open for 24 hours:

This 24 hour thing is messing with a LOT of us. I feel ya, Nate.

Dan was eventually rescued by the police about an hour later. To their credit, they were more than happy to take a selfie with him to commemorate this unique experience.

24 Hour Fitness of Sandy made an official statement addressing the confusion over their hours of business:

On behalf of 24 Hour Fitness, we apologize to Mr. Hill and the unfortunate experience he had in the 24 Hour Fitness Sandy club, 10365 South 1300 East,  when it closed Saturday evening.  We made the decision recently to close select clubs in the overnight hours of 12:00 to 4:00 a.m. based upon low usage, among other factors.

Despite the unexpected turn of events, Dan is still an enthusiastic member of 24 Hour Fitness.

In fact, he even devised an effective way of alerting staff to his whereabouts underwater while working out… just in case…

So I've felt bad about any poor publicity I may have caused. Despite all the fuss, I still love my 24 (even if it is now my 20). Maybe this is a workable solution…

The coronavirus epidemic isn’t funny. In the past month over a thousand people have died from the mysterious illness and … Read More