Filter Free Parents
Home Mom Life Humor My Elf On The Shelf Is Getting The Snip This Season, Because...

Thanksgiving is right around the corner, and for most parents, there’s one less thing to be thankful for that day- the reappearance of the Elf On The Shelf the next morning.

It’s our own fault, parents; we’ve done this to ourselves. Oh sure, the idea seemed cute & fun at first. What a sweet, magical way to make the holiday season even more exciting for our precious children!

But the reality: for you, the parent, every night of December is now saddled with the anticipation of Christmas Eve. Big things are expected from your little elfin dude every morning. As your weary head hits the pillow, suddenly the dreaded thought pops up: THE ELF. GOTTA MOVE THE DAMN ELF!

Well, this year’s Elf on the Shelf has the potential to come with even more… baggage.

There is now the option for an Elf on the Shelf to procreate; there is now an entire line of baby elves and accessories to provide your Elf On The Shelf with a family. Etsy seller MyMagicalMomentsElf is a hardcore Elf On The Shelf enthusiast. Her Etsy store is chock-full of whimsical, fun costumes and accessories for your elf. And it’s quality stuff, too; we’re talking karate uniforms, camping sets, mermaid fins, etc.

But MyMagicalMomentsElf has perhaps gone too far. Like the scientists of Jurassic Park, she has created an entirely new species of elf, and it has the potential to be terrifying.

And just like Jurassic Park reminded us, it can be dangerous to create new life forms:

Your scientists were so preoccupied with whether or not they could, they didn’t stop to think if they should.

And sure, they are frigging adorable. I mean, just look at those sweet baby blues! 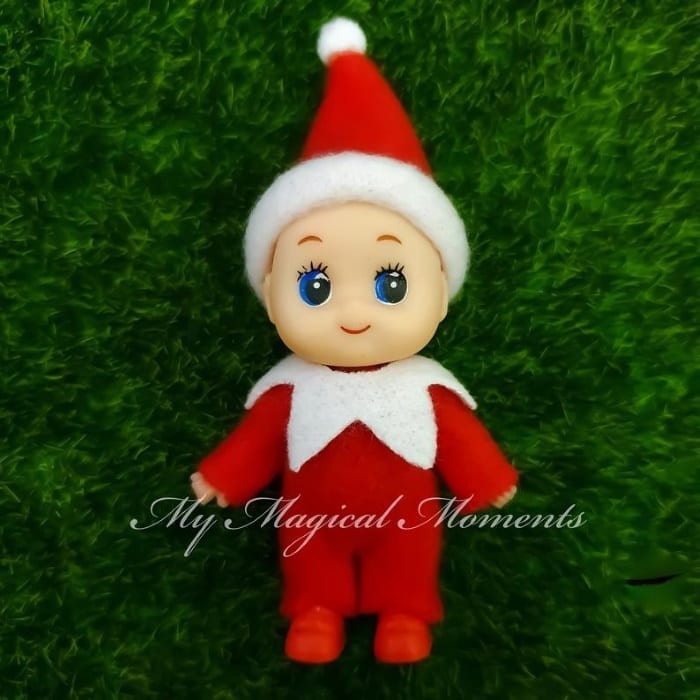 Even their tiny baby outfits are precious; they are sold in a variety of colors, with separate teeny stocking caps: 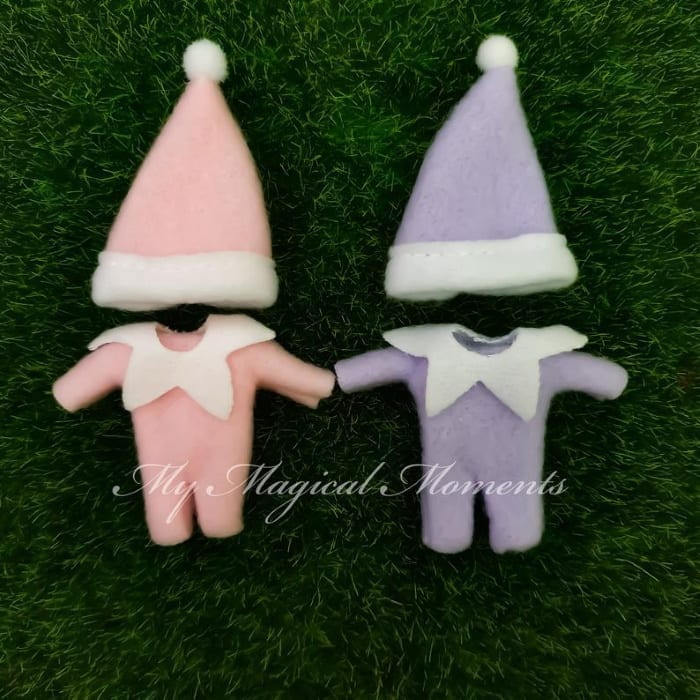 The idea of a tiny, adorable baby (elf) seems appealing, right? After looking at the picture, my first instinct was a squeal of delight, followed by an immediate, “Ooh, I want one!“

But just like with real-life babies, that’s how they get ya’!

Because just like with human babies, Elf On The Shelf babies require a lot of equipment. I’m talking, like, a LOT.

You can’t just leave your baby elf hanging out on your Christmas tree or rolling toilet paper down the steps with dear old Dad- oh, no. Your baby elf needs his or her own crib: 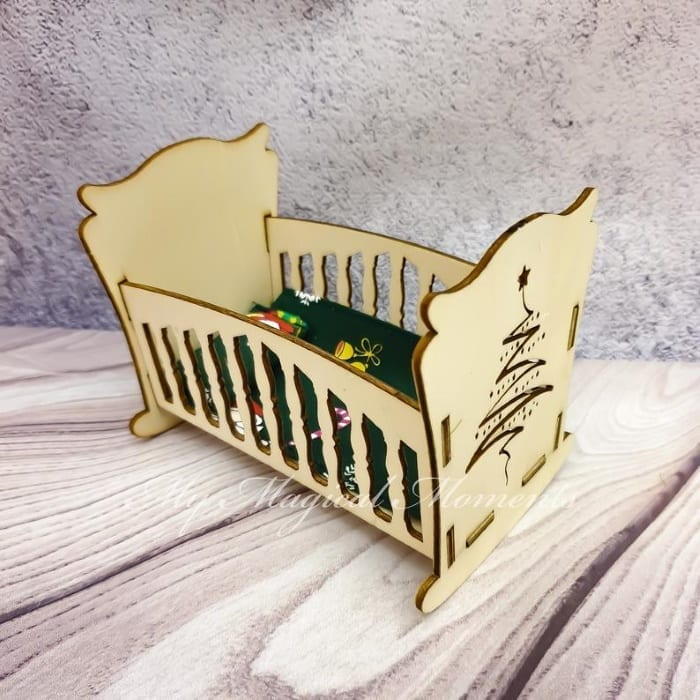 And good grief, the ASSEMBLY. As any parent remembers, assembling a crib is a pain in the ass.

Who the hell wants to take on yet another assembly project when you know you’ll be up all night on Christmas Eve swearing and throwing tools as you assemble some complicated kid gift?? 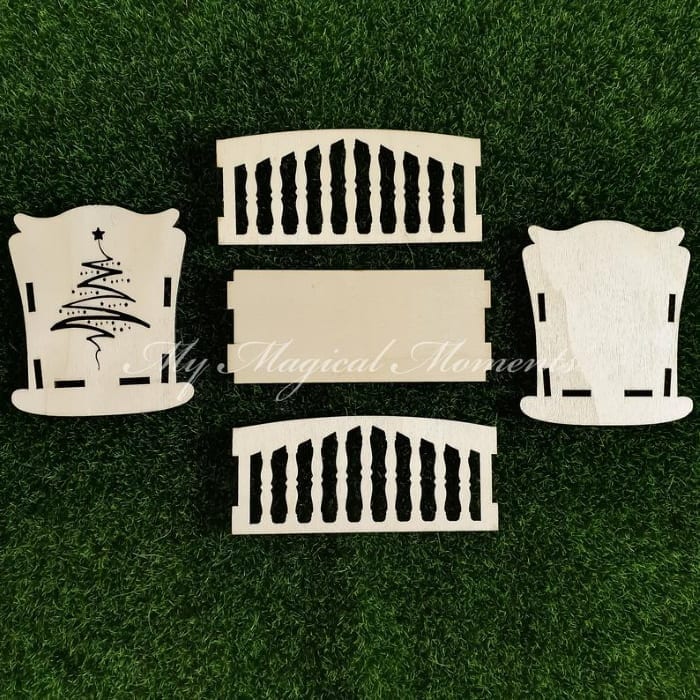 And an Elf Baby has to eat, of course, so he or she also needs a high chair: 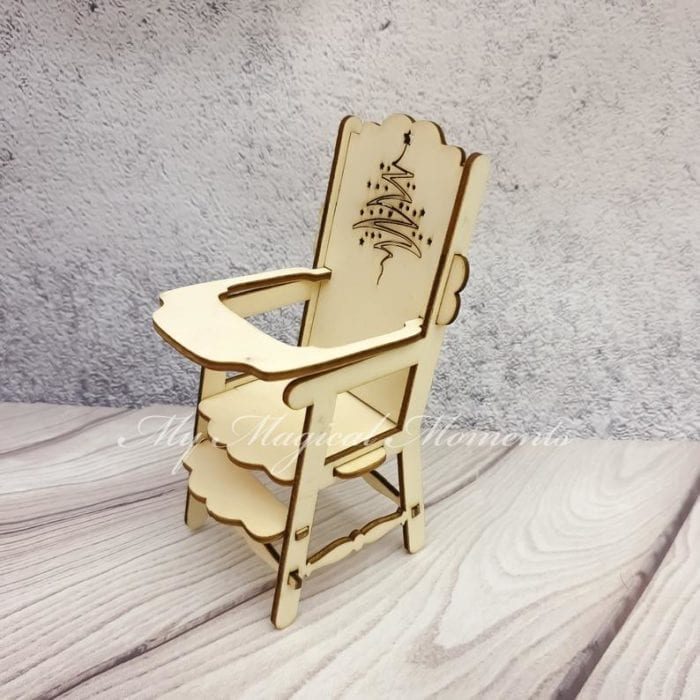 And since your Elf On The Shelf apparently doesn’t have loyal friends to throw a baby shower for him/her/them, YOU’RE the one that has to end up footing the bill for these goods. 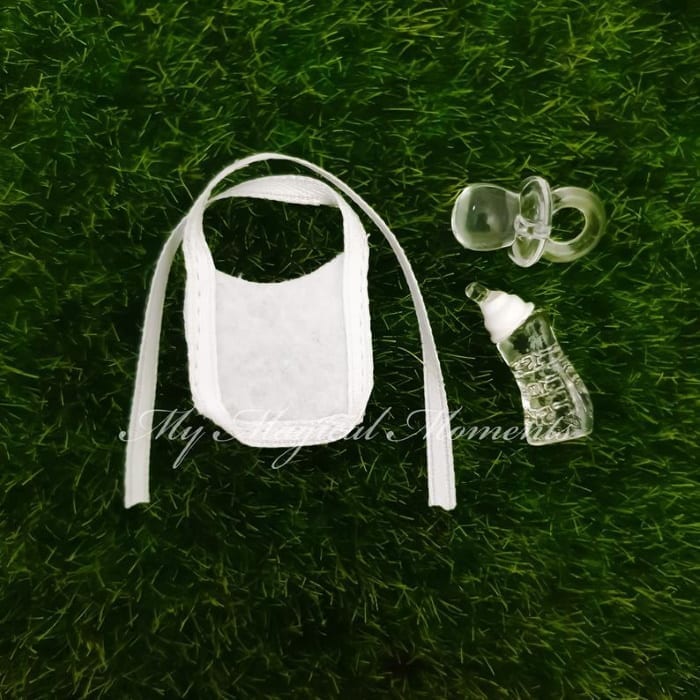 (All while the responsible parents-to-be trash your Christmas tree or make “snow angels” in your sugar all over the kitchen counter. Ungrateful bastards.)

But it’s not just the amount of money & effort required to set this new elf family up in style that’s the issue.

Now I’m responsible for an entire elf FAMILY, all because my promiscuous elf enjoyed his “north pole” a little too much?? Hell, naw!

The primary concern here is that if the Elf On The Shelf has kids, how can he be expected to keep up his previous level of shenanigans?

Who is watching his kids?? I can’t have unsupervised elf minors wandering around my house. Does this mean my Elf now needs a partner to assist with the child-rearing responsibilities? Or a paid babysitter?

WHERE DOES THIS ALL END???

And the awkward bit: how to respond when my kids ask, “Where do Elf On The Shelf babies come from?” I.don’t.know. Seriously.

And what are the rules about touching the babies? Do the babies participate in the tricks, too? Can the babies eventually have babies, filling my holidays with legions of elves and my nightmares with a sinister world of Elf-On-The-Shelf domination??

Teach your Elf On The Shelf to keep his yule log where it belongs, people!

Parents, just say NO. Don’t do it. Don’t be lured in by their cuteness. Don’t bring these sweet little monsters into your home to double -or triple!- the shenanigan workload.

(But they are really cute; just look at those sweet baby hoods, with tiny pop-poms! And sweet baby elvin bibs! Maybe just one..?)

If you’re one of those families that just LOVES the Elf, we don’t judge.

And, if you’re looking for even more Elf Accessories, Amazon has plenty to choose from too. Everything from sweaters, t-shirts, sleeping bags, hoodies, hot air balloon rides, and itty bitty baking sets are available.

So, we are guessing this little elf is here to stay.

Whether we want him to or not.