Remember back in the ’90s when people thought aggressively tweezing their eyebrows within a millimeter of their lives was a good idea?

Yeah, me too. (And I have the eyebrows to prove it.)

And then remember the mid-2000s when suddenly all of us with our barely-there brows looked in the mirror and gasped, “Oh my god, what have we done??” & we collectively decided that plucking our brows into pencil-thin submission probably wasn’t the BEST idea and we promptly attempted to regrow them?

Don’t say we don’t learn from our past failings, people.

Suffice it to say, bushy brows have been having a moment for quite a while now. However, not all of us are blessed with the perfect brows, whether it be genetics or post-suffering from the brow drought of the ’90s and early ’00s.

And so we turn to the professionals for help. Which is exactly what one woman did. (Although we’d bet our brows that she’s wishing she didn’t.)

Sarah Donnelly decided to have her eyebrows laminated and her hilariously hairy ordeal is a cautionary tale for all of us seeking the perfect brow.

She took to TikTok to share her brow-raising experience. And you just know, based on the hashtags #eyebrows and #gonewrong that this is going to be so so good.

She captions her video:

I was trying to keep up with the kids, so I got my brows laminated, and this happened.

For those of you, like me, who have no idea what this means, laminating is a semi-permanent procedure that focuses on creating shiny, smooth brows.

It’s sometimes called an “eyebrow perm.” (And if the pouffy perms of our youth are any indication, this should be heeded as a warning.)

According to Healthline brow lamination involves the “perming” of your eyebrow hairs to provide a fuller, thicker, more even look.

While it doesn’t involve coloring or needles like microblading, it does come with some risks. Just ask Sarah.

I was trying to keep up with the kids, so I got my brows laminated, and this happened. ? #fyp #foryou #foryoupage #funny #comedy #laugh #eyebrows #gonewrong #hadtoshare

Sarah begins the video with the camera panned in on her lower face. Barely able to keep it together, she says:

I can’t stop laughing at them. I look ridiculous. Are you ready?”

Oh, we were born ready, Sarah. 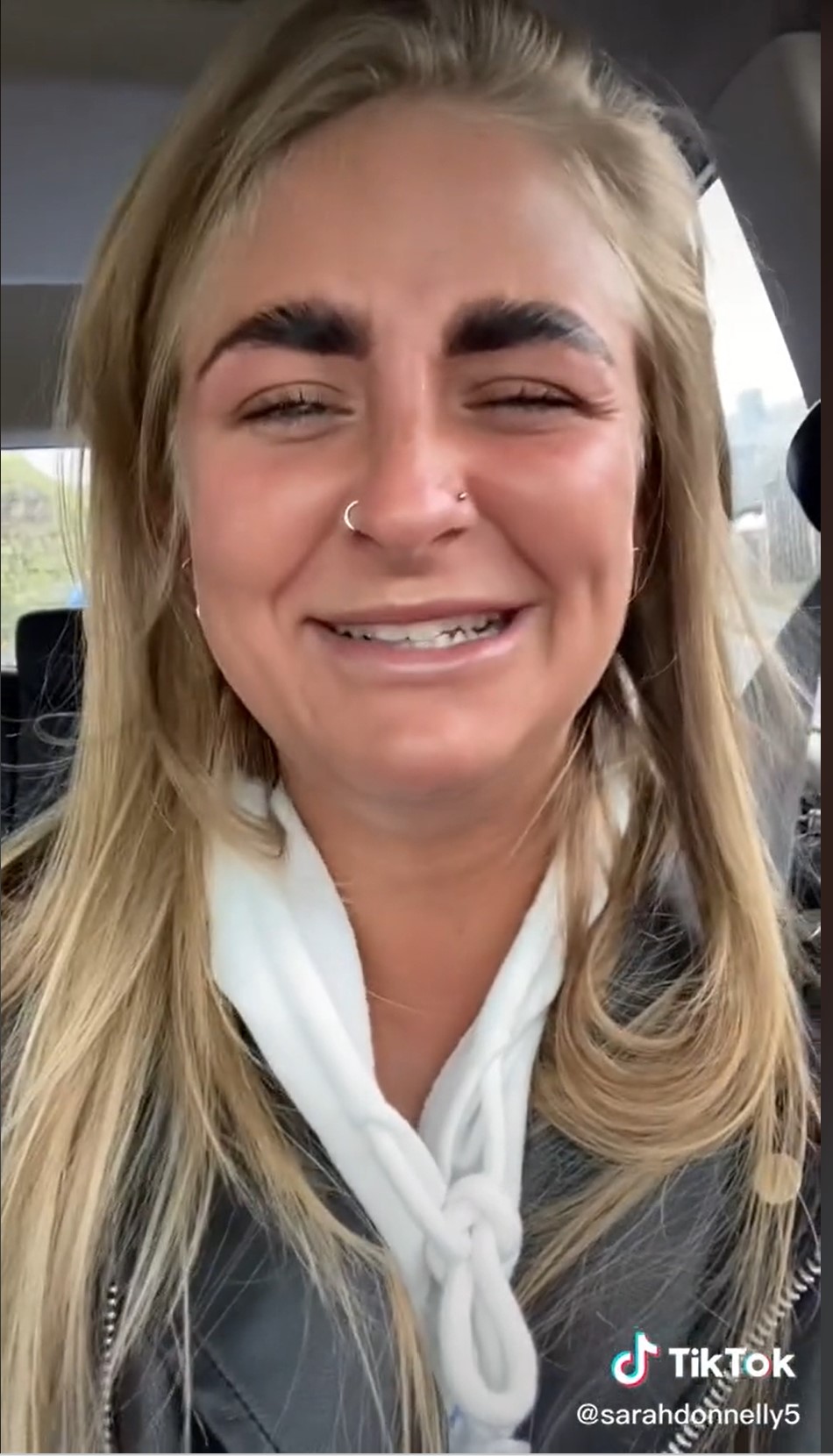 Sarah continues to record as she attempts to process what the hell has happened to her brows.

“Oh my god, look at these! What have I done to my eyebrows?” 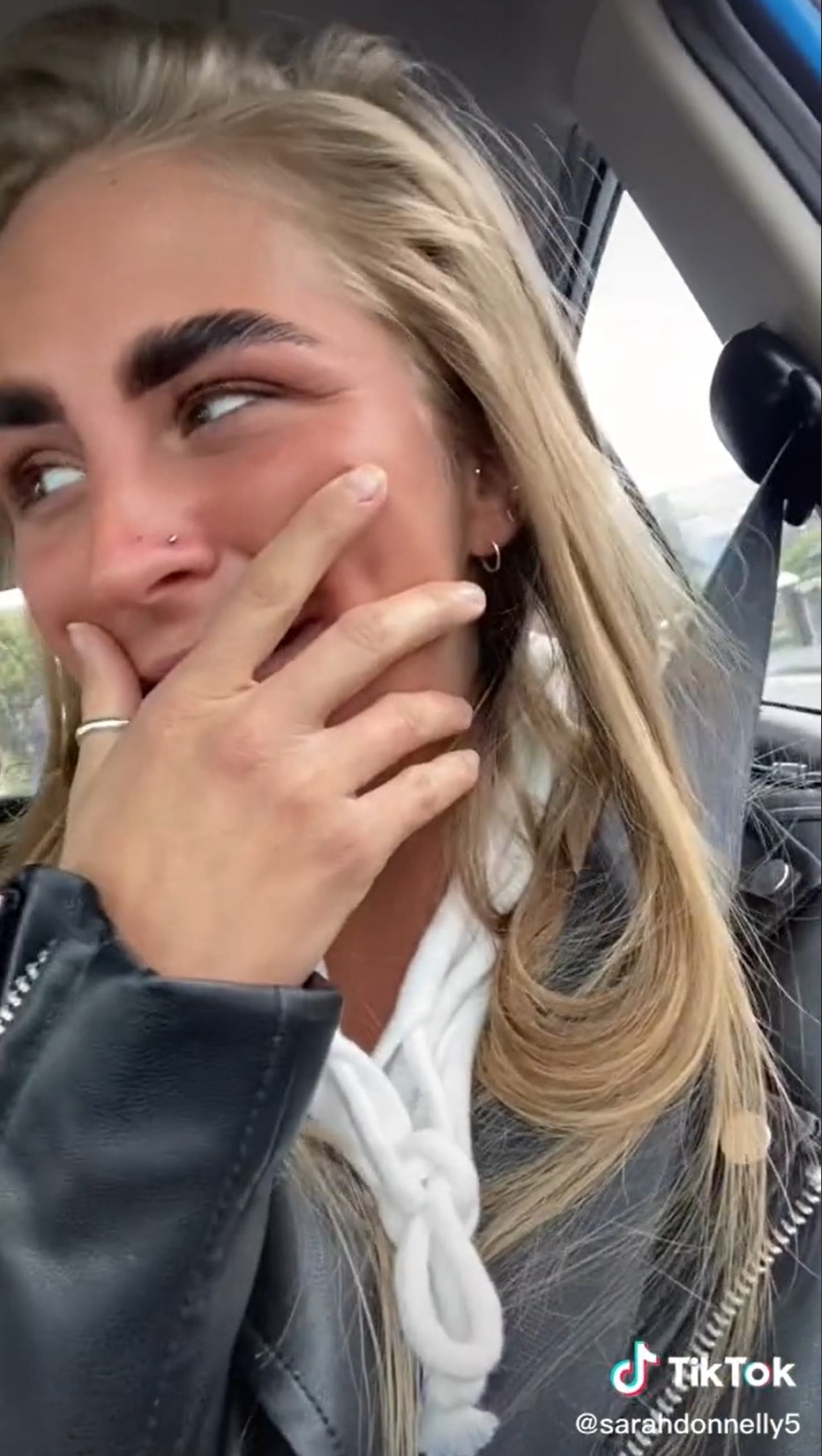 “I don’t know whether I want to laugh or cry.”

Neither do we. Okay fine, we’re laughing. But we’re crying on the inside, honest. 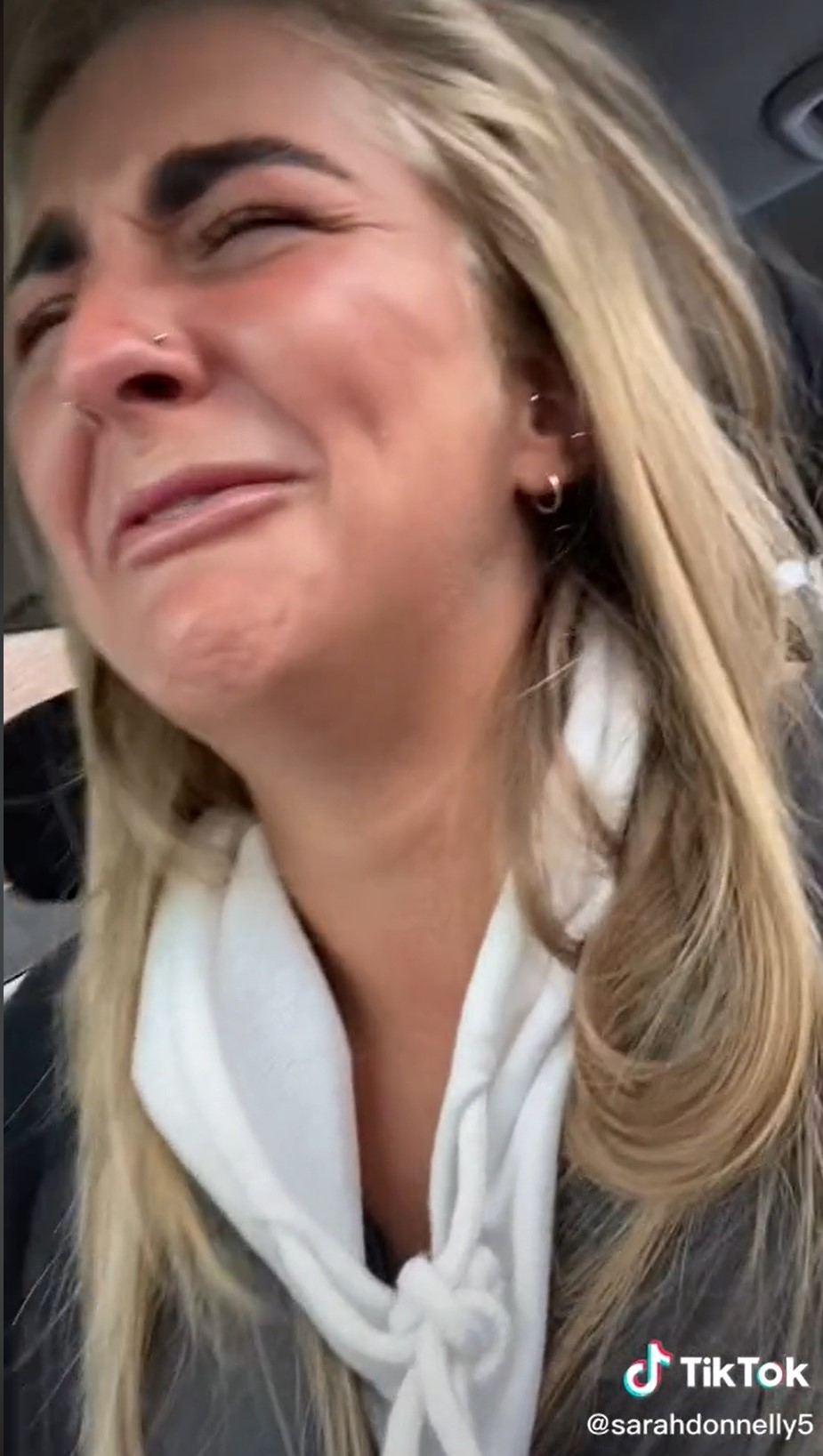 Sarah takes one more look at the camera full-on and abruptly the video ends. We’re assuming the shock was just too much for her. 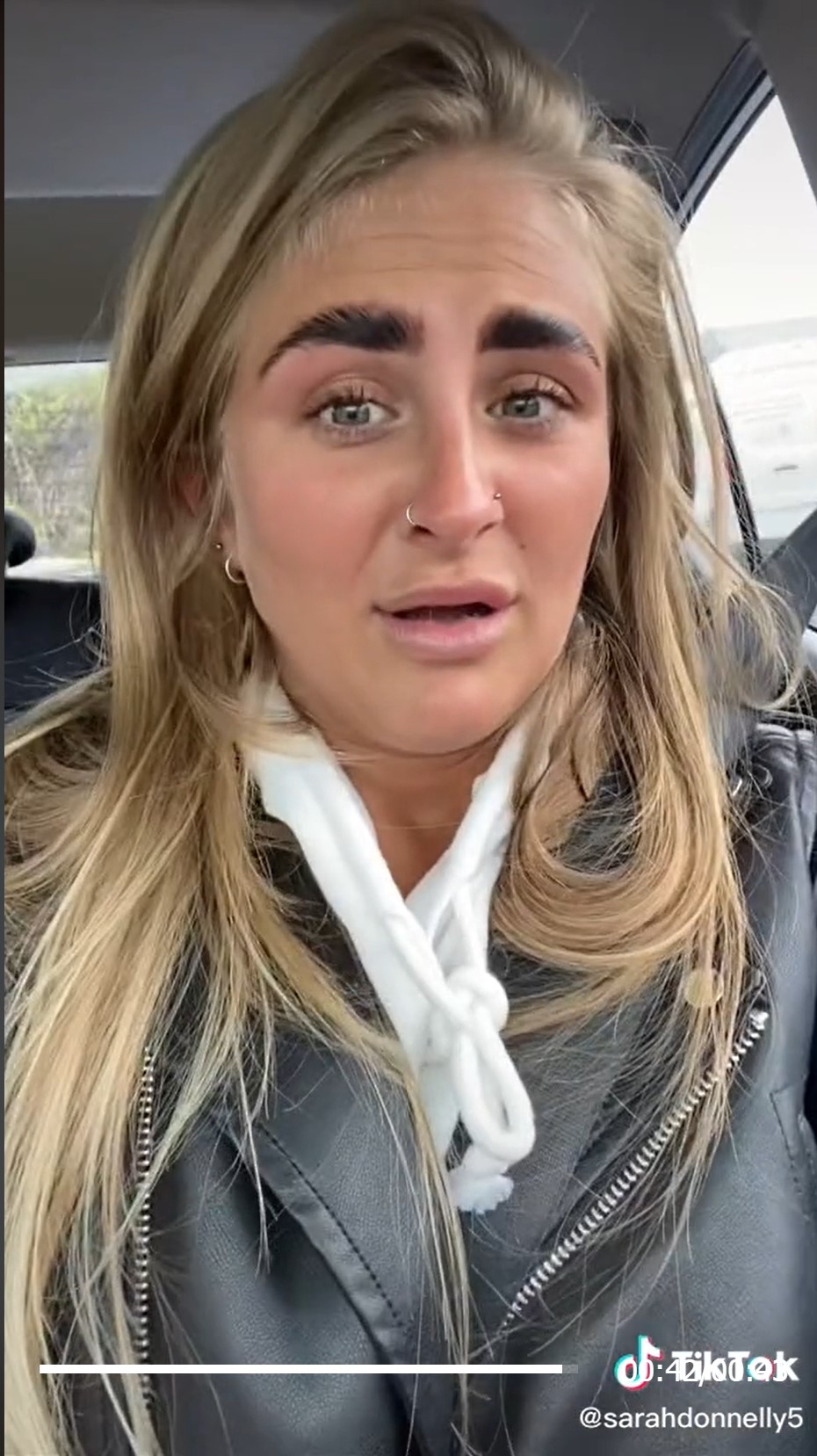 And how does Sarah look now? No one knows. Her eyebrows have yet to make a repeat appearance. Probably sometime in the next 4-6 weeks or so.

Sarah has, however, turned up in the comment section where it’s obvious that although she may have lost her brows she hasn’t lost her sense of humor.

In answer to one commenter’s question, “What the actual fur burgers are those?” She gamely responds:

“Slugs my love. They are my slugs.”

(Possible side effects of brow lamination may include: feeling “slug”-ish, thoughts of furry caterpillars, anxiety, sudden onset of deep-seated regret, and panic.)

Commenters are also quick to make comparisons between her brows and a certain mister with the name of Bean.

Others think she has more of a Eugene Levy vibe going on.

Including Sarah herself. She writes:

“Hilarious!! I actually really look like him don’t I”

Then there are the inevitable references to Angry Birds, Mr. Spock, and Ernie & Bert.

That’s the million-dollar question, isn’t it?

Not everyone is quick to jump aboard the eyebrow-beating express, however.

Some people think they look good, albeit maybe a tad dark.

A couple of commenters are even quick to point out that what Sarah is experiencing is perfectly normal and is, indeed, part of the process.

(Although we have our doubts.)

And while the tint will fade, Sarah’s emotional scars may take a little longer to heal. And we’re guessing, based on her priceless reaction, that her first experience with brow perming may just be her last.

As for me? I’ll just be over here, waiting for thin brows to make their comeback. It’ll happen. And when it does, I’m ready.

Can we all just calm the hell down about this whole mom wine culture thing? Can we just be the … Read More

In news that’s been a looooong time coming, scientists have developed a male birth control pill that has successfully passed … Read More