Going out in public with my four kids sometimes feels overwhelming. First of all, we’re a big family and that’s just a lot of people to keep track of. You need to make sure no one runs ahead or lags behind.

But really there’s another reason I try to keep them all close to me: I worry we are taking up too much space when we are out in public.

I’m constantly apologizing when my kids are seemingly in the way of adults. I’ve been trying to make us smaller, to make room for other people. I’ve been feeling bad about the fact that my big family takes up a large space.

Well, guess what? I’m not doing that anymore.

My family of 6 has the right to take up the space of 6 people. 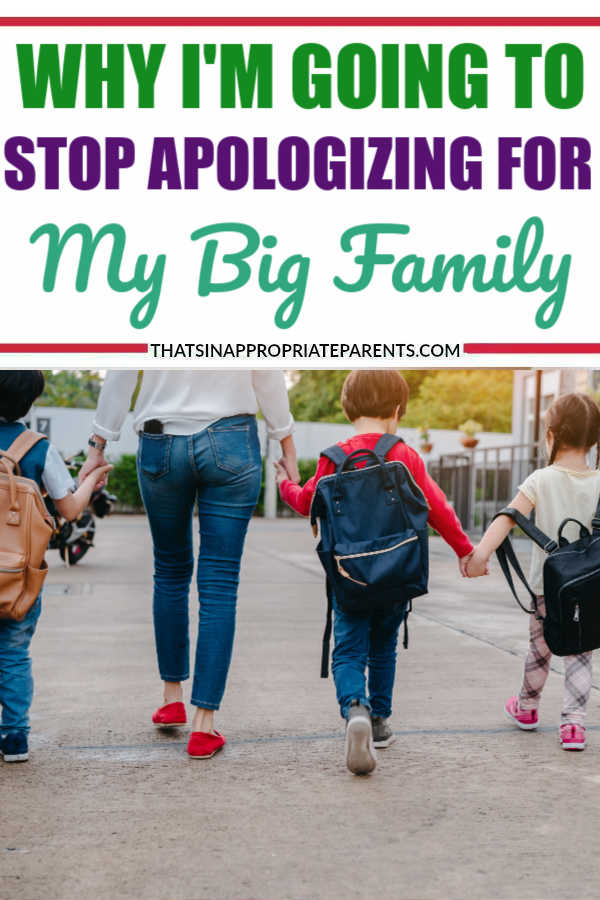 I don’t know why I started feeling this way-having this need to pull us in and make us smaller. Maybe I caught a few judging eyes when my kids were toddling away from me in 4 different directions, or maybe I just assumed they were judging.

I still might be having post traumatic stress from taking a 3 and ½  year old and three babies out in public in the early years. I felt all eyes were on us and I hated that feeling. Maybe I was trying to be less noticeable so people wouldn’t stop and ask me questions, “Are those all yours,” “Are any of them twins?” “You’re done having kids right?” (P.S. Don’t ask people this question. It’s rude. And don’t ask them about fertility treatments either. People don’t want to talk to strangers in Target about their reproductive organs).

Maybe it was some combination of all of the above-but whatever it was has left me with this compulsion to herd my children together like obedient little sheep and stay out of everyone else’s way.

But it stops here. I’m not doing that anymore!

My family of 6 has the right to take up the space of 6 people.

What I fear is that my attitude up until this point has been affecting my kids, making them feel as if they are a nuisance. I think of the comments they hear coming out of my mouth when we are out, “Get out of that woman’s way,” “Watch where you’re walking,”  “Be careful,” “Make room for that gentlemen,” “Hurry through the door, people are waiting for us.”

My only intention was to get out of other people’s way.  It didn’t immediately occur to me that the people in public might be content to wait an extra minute for us to get through the door, or that they might be able to just walk around us.

Would I expect 6 people to move through a doorway with the same swiftness as one person? I wouldn’t, but for some reason I expected this from my children.

I fear those comments might made them feel as if they don’t have a right to take up space in public, that they are insignificant, that they are less than. This is not a lesson I want my kids to learn and it hurts my heart when I think they may already be learning this lesson from me. 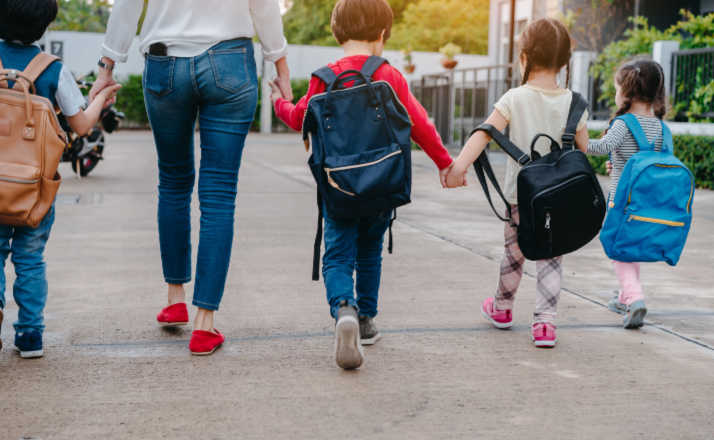 I want my kids to feel confident wherever they go, to feel comfortable taking up space in a room, and to never apologize for doing so.

From now on, I’m not going to corral my kids around me in the produce department. I’m not going to have them wait by the cart, while I run quickly to grab what we need. I’ll allow them the space they deserve in the store. Heck, I’ll even have them bag up some fruit while we are at it.

Don’t get me wrong, we won’t be rude. We’ll still offer our seat to an older person, we’ll still hold the door for others, we’ll still watch where we are walking and apologize if we bump into someone. Manners are important to me and I’m working to instill that in my children as well.

But, I refuse to apologize for taking up space any longer. I will not longer try to make us smaller. Watch out world, my party of 6 is coming through.

Parents Hilariously Give Their…