Ah, your wedding day. It’s the “BIG DAY.” The one you dream about and stress over for months. Sometimes even years.

The one day you painstakingly plan, down to every itty bitty detail. Everything from the choice of venue and dress to invitations, flowers, menu planning, and seating charts.

You spend hours googling different looks & color schemes. You carefully deliberate the theme you feel most closely encapsulates “you.” You even seek out the unique wedding hashtag you’ll use to commemorate the day for all of your closest acquaintances twice-removed on social media.

After all, you want it to be perfect.

Finally after all the blood, sweat, and tears, the day you pledge your undying love to one another is here. It is, as they say, “the beginning of the rest of your life.”

So of course, you want to memorialize it. Capture the day in all its matrimonial bliss. Freeze those precious moments with the mere click of a button. So years from now, you can look back fondly at photographs of the day you said “I Do.”

(Or burn them at your divorce party when it all goes up in smoke, that too).

Speaking of going up in smoke…it seems that some couples are choosing to literally fan the flames of their desire with Cheech and Chong-inspired wedding photos.

Vaping wedding pictures are a thing, apparently, and the internet, as always, has feelings. So.many.feelings.

“Thoughtfully Share” posted the pictures on their Facebook page where they have gone viral with over 58K reactions and 11K shares.

“Apparently vaping wedding photos are now are thing and I’m not sure why.”

Neither are the ONE HUNDRED & FIFTY-FOUR THOUSAND people who took the time to comment.

I mean, sure, for some people I guess?? It certainly seems to be the case for these couples.

Let’s take a look, shall we? First up:

What a beautiful, picture-perfect setting – the pond, the greenery, the demons being exorcised from their bodies…

What they also don’t see is your “run-of-the-mill” wedding picture. 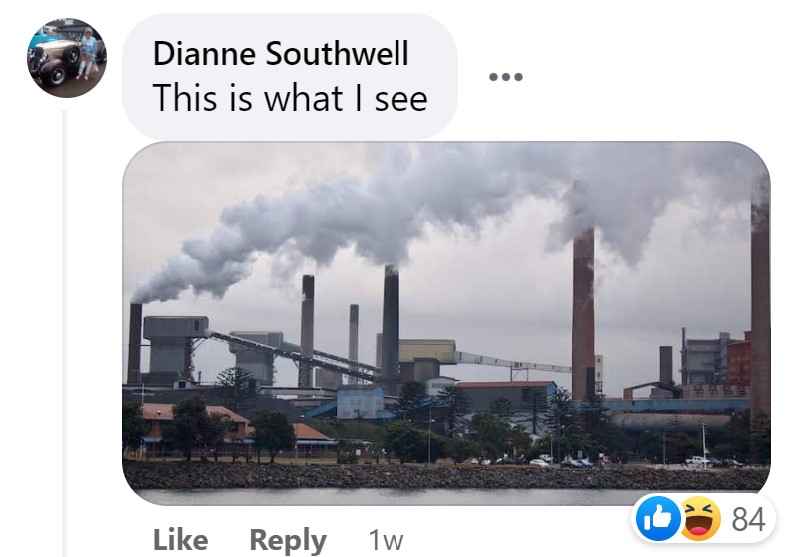 And then there’s this one, artistically filtered, much like their vaporizers…

Another person commented that this shot really is the perfect memorial picture that will live on, long after one of them is dead…from vaping…whelp.

At least they can rest assured in knowing they did everything they could to minimize second-hand smoke exposure by vaping back-to-back.

“Dearly beloved, we are gathered here today to join this man and this woman in holy matrimony. Mind, body, and SOUL.”

While we’re on the topic of faces…there’s a lot that can be said with just one look. And according to one commenter, this bride’s look is saying A LOT. And none of it’s good.

Someone went so far as to say:

Although not everyone saw it the same way. Others took it as the bride gazing lovingly into their future (well, more accurately, HER future):

That bride isn’t the only one to choose not to partake in the festivities. The same goes for this bride:

Not to mention the guy on the end. Oh wait…he was mentioned… 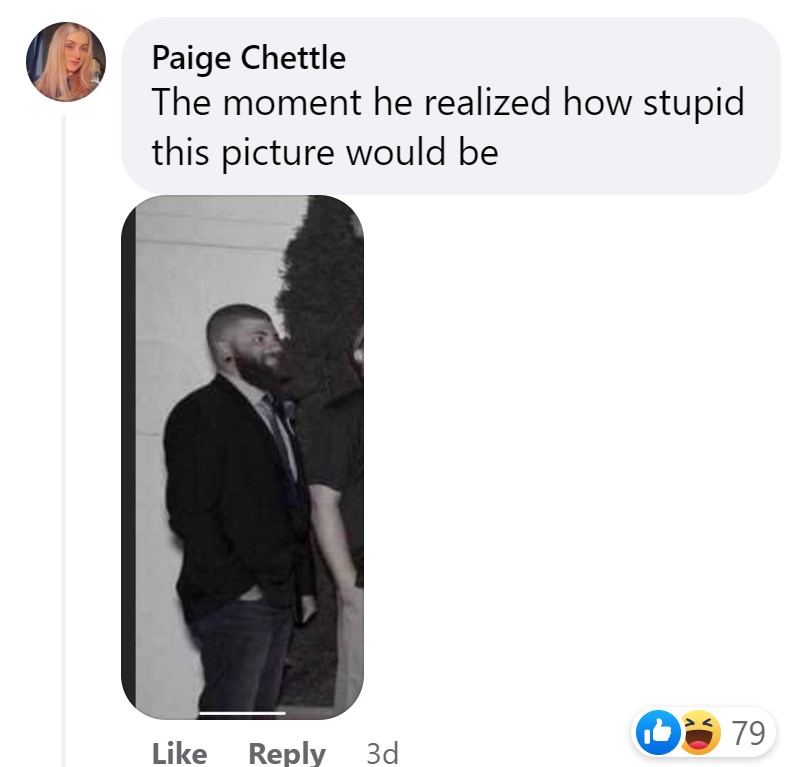 We can only imagine what he must have been thinking. Probably something along the lines of an episode right outta Supernatural.

It’s obvious reading through some of the hundreds of thousands of comments posted that the majority of commenters were clearly not here for the trend.

Especially when it came to this photo which included a young girl surrounded by an entire entourage of vapers.

Many people thought this was taking it just a bit too far. And they had no qualms in letting the world know exactly where they stand when it comes to vaping and children. 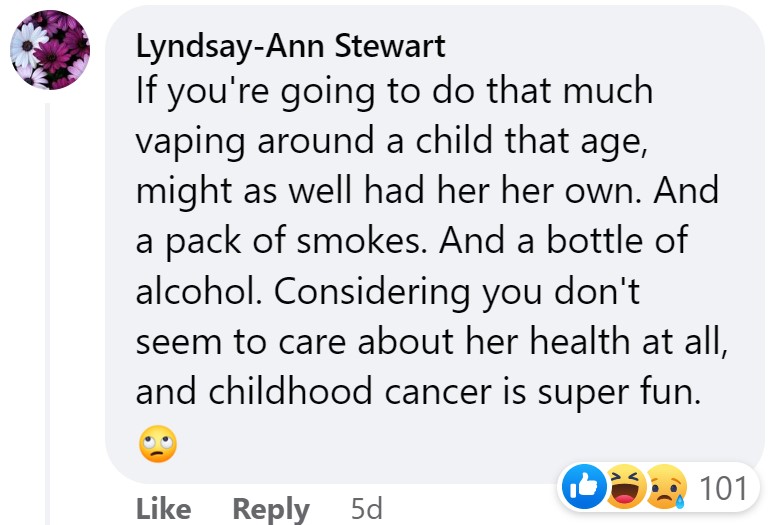 All kids AND kidding aside, at the end of the day, it’s YOUR day. You do you.

Every wedding picture tells a story. If you want your story to include vaping, by all means, vape away. Whatever sets your heart on fire.

You can check out more of the pics in the original post here. 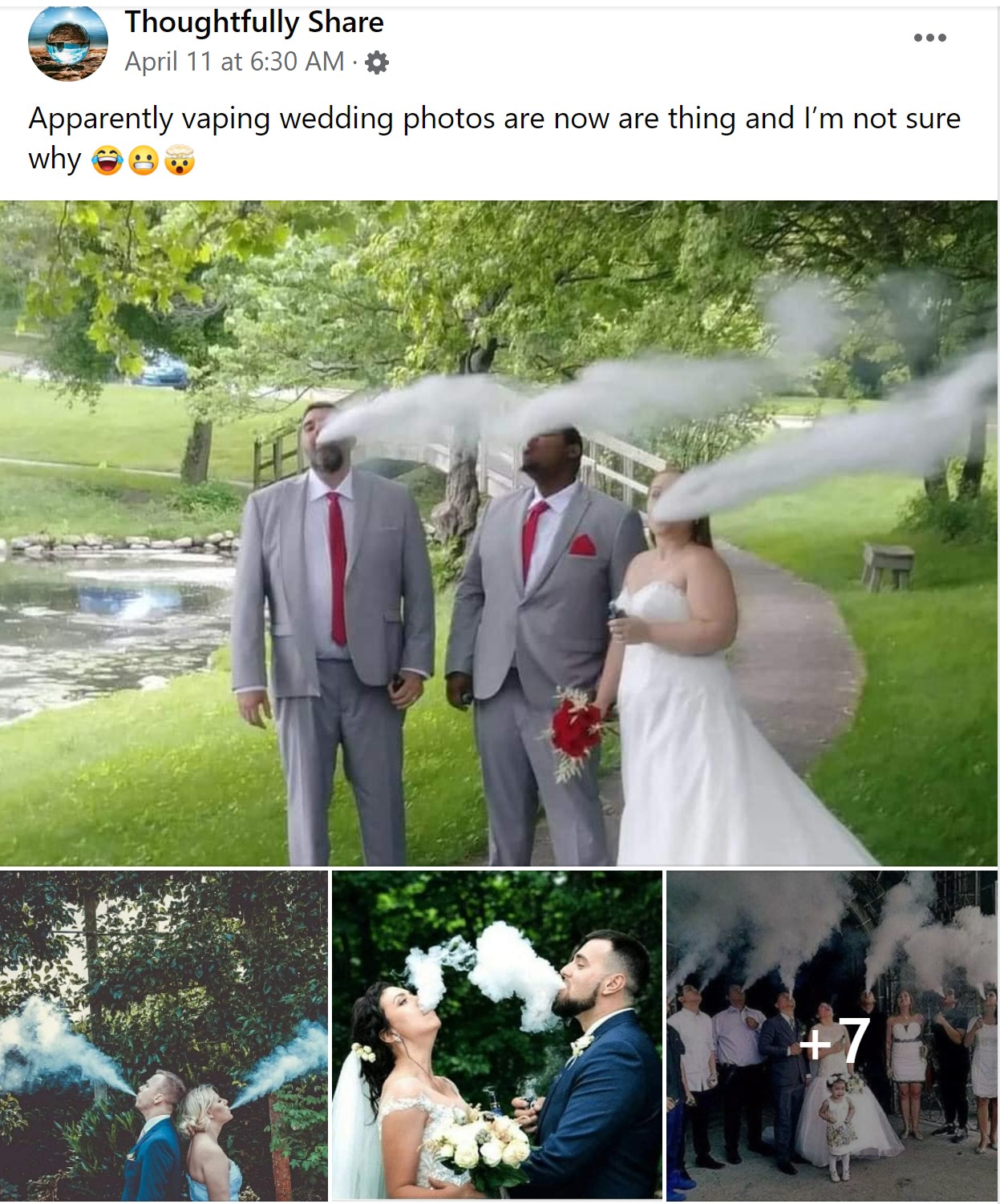