Not that long ago, I was having one of “those” days as a mom. I was feeling bitter and frustrated and somewhat resentful, and yes, angry. My husband came to me and asked if I was ok, and also mentioned that lately it seemed like I was always angry at him.

At first, I balked at the suggestion. I wasn’t angry at him. Or was I?

So I thought about it for a bit. And I told him how it makes me crazy that he gets to shower with the door shut or poop without someone banging on the door as if the house is on fire.

I told him how frustrating it is that no one ever wakes him up in the middle of the night to ask how big the universe is, or to demand snuggles or water.

I explained how maddening it is that he gets to eat hot food while it’s still hot, and how his pants from three years ago still fit.

And the more things I listed, and the more I heard myself I realized that I was, in fact, angry.

Now these are all very trivial sounding issues if you look at just one, but when you look at all of them, and you figure in the fact that they are daily events, they do build up over time and begin to become a real problem. And even though these things were not directly my husband’s fault, he was the only other adult in the house.

So I started to think of ways that we might be able to deal with some of these issues and help me to be less angry. 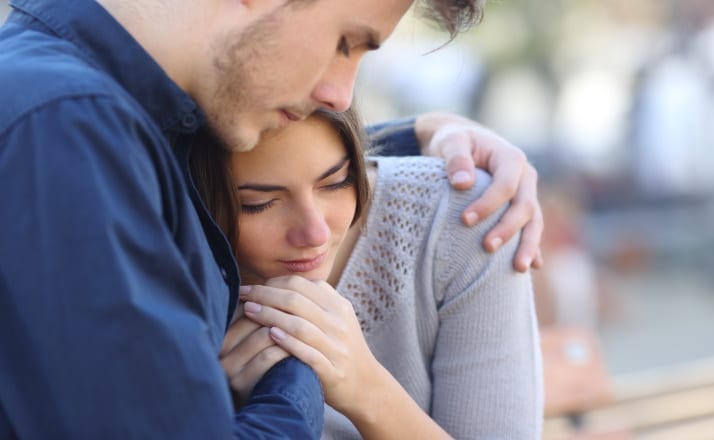 And these are my explanations, and suggestions (with a healthy dose of humor) for spouses of angry wives:

1) She is really freaking tired. The kind of tired that happens when someone hasn’t slept in years. Your best plan of attack here is not to make fun of her when she can’t form logical sentences, or laugh when she puts lunch meat away in the silverware drawer.

She will not be amused. Not at all. Send her for a nap. Take the children out of the house, and preferably off of the property, and let her sleep.

2) She probably sat in pee today. You can’t fix this. Just be aware.

3) She has low blood sugar. The last thing she ate was likely a bag of cookies at midnight when the last child finally fell asleep. Make her a sandwich, lock her in the bathroom where she usually needs to hide to consume food and go buy more cookies. She will need them later.

4) In keeping with the food theme, she can’t remember the last time that she was able to sit down for an entire meal or enjoy hot food while it was still actually hot.

Send her out for a meal. Breakfast, lunch or dinner, it doesn’t matter. Do not send any of the children with her. No, not even the really well-behaved one. She needs to go alone. 5) She hasn’t pooped in days. Those darling little anti-laxatives you helped to create make it nearly impossible to sit on the toilet. Lock her in the bathroom. Stand guard.

6) She hasn’t listened to anything but screaming children and Dora the Explorer for weeks.  If she hears the word “map” again it will likely be her breaking point. Send her out in the family van alone. She needs to blow the speakers out with her own music while entertaining other motorists with her mad singing skills.

7) People argue with her all day. Literally from sun up to sun down and often multiple times in between. They’re completely self-centered people with no sense of logic. They argue over cups, spoons, clothing, homework, bedtimes, television, bath time and if the sky is blue. Absolutely everything.

She is bound to get a bit angry from time to time. So don’t argue. Your best plan of attack here is to just agree with everything she says for about the next eighteen years. Trust me.

8) If nothing on his list appears to be an issue, check the coffee. You may have purchased decaf by accident the last time she sent you to the store.

If this is the case, quietly, and without drawing attention to yourself, grab the proper coffee from the store and carefully replace the ridiculous and highly offensive decaffeinated abomination with real coffee.

Do not get caught and do not admit to what you have done. Following these steps may save your relationship.

Above all else, remember that she loves you.

She chose you to join her on this crazy journey called parenthood and although she may be too tired and too drained at the end of the day to tell you, she does appreciate you.

So hang in there. It’s all worth it. Oh, and a good old-fashioned hug never hurts.

This post originally appeared on Her View From Home.

Mom Shares Life-Saving Hack if Your…

Not gonna lie, friends…the thought of my child choking or swallowing something as dangerous as a battery is in my … Read More