Filter Free Parents
Home Mom Life Humor 11 Triggers That Will For Sure Make Mom Lose Her Shit This...

They say you only have 18 summers with your kids. But, did they mention the summertime triggers that will for sure make mom lose her shit?

You should make the most out of bare feet and sunshine. The routines are over.

A warmth explodes over the outdoors and water becomes king in the summer – the lakes, the pools, the sprinklers. It’s the perfect time to take a family vacation without the consequences of the kids missing school. The long division and tears at the dinner table are over. There’s no need to pack school lunches anymore. The teachers are gone.

The teachers are gone.

It’s 100 degrees out. You’re rubbing deodorant under your boobs.

Every day is a Saturday to your kids and parents don’t get weekends. 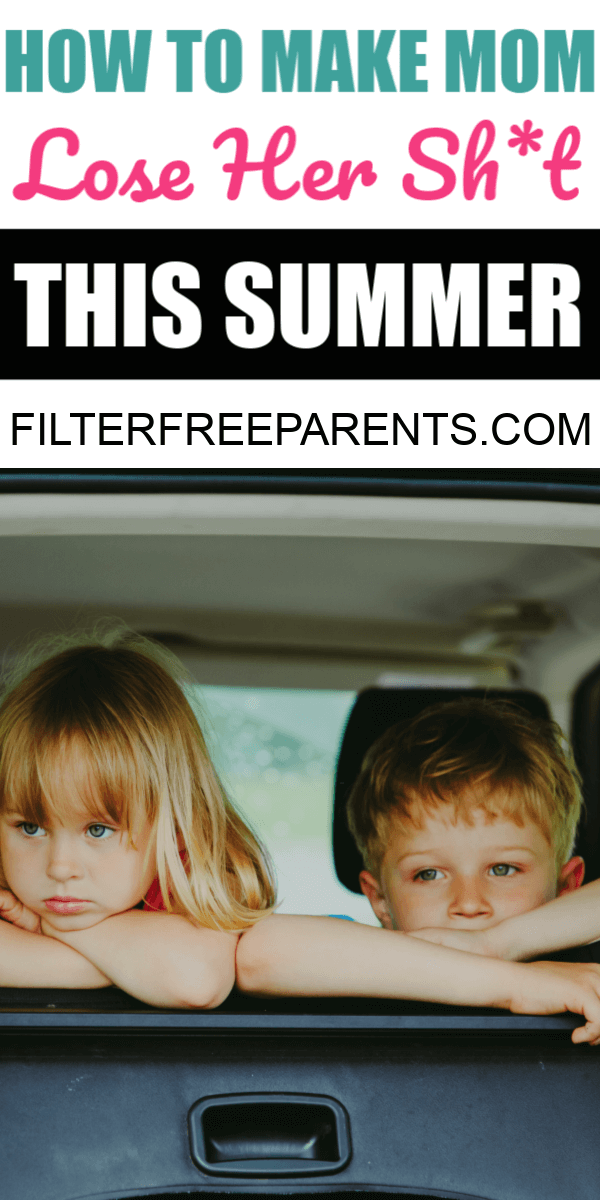 Then look for the signs: Here are 11 Summertime triggers that will for sure make you lose your shit.

The kids scream and run outside. What? What happened? Is someone hurt? No. No one is hurt. Your ears don’t work as well as the kids’ ears because you’re old now. Then you hear it – the soundtrack of hell. The creepy ice cream truck music fades in with its overpriced ice cream sandwiches. YOU’RE ON MY HITLIST, MAN.

The mere existence of Pop-Ice wrappers.

You know what I’m talking about. It’s sugar water in a long, skinny plastic sleeve and it’s leaking purple dye all over your brand new rug. The wrappers have never seen a trash can. There’s something worse than the wrappers. The scissors are sticky, too.

Wet towels on the carpet.

The mold spores are multiplying and I’m losing my shit as I type this.

The birds are making mating calls at 5 am.

This has nothing to do with parenting. But it has everything to do with the animal kingdom getting laid in the morning and waking up the whole damn house. I’m hiring a hitman to take them out. I’m kidding, PETA.

The Pinterest mom that lives across the street is spray painting Twister circles on her yard and she’s running a lemonade stand with the kids.

Ok, Camp Counselor Susan. You’re making a show for the rest of the neighborhood. This is the same house that mows at 7 AM on a Saturday.

Where the fuck is the moon? No, really. Where did it go? The longest day of the year is approximately 17 hours. Can my kids run on a mere seven hours of sleep in the darkness? SURE CAN.

Paper plates and strawberries are for dinner.

That’s it. Strawberries and paper plates. It’s the time of year Mother Earth takes one for the Mother Team because it’s too hot to move. There are no meals in the summer. The whole season is made up on snacks and filling landfills.

Hearing “I’m bored” from the kids. 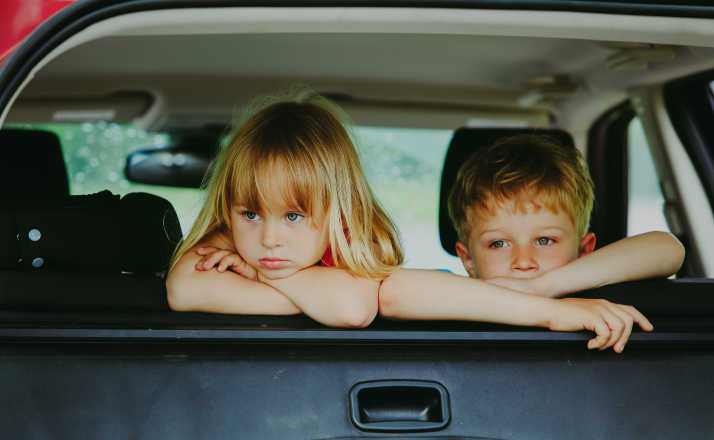 There is no bigger phrase in the English language that can make a parent roll their eyes so far back they can see that cold January day with the kids in school.

The Blood-sucking bugs are back.

They don’t even have to be blood-sucking. They can be sticky June bug legs landing on your child’s arm. Your job is to prevent the wasps and bees – don’t kill the bees – and mosquitos and ticks from stinging or biting your child. You won’t. They always win. Horse flies means there’s rotten food left in your house somewhere. They’re probably fine.

The continuous rubbing of sunscreen on your kids.

The worst part of the outdoors is the devil in the sky – the sun. There’s no spontaneity in summer because everyone needs sunscreen to go anywhere. T

here’s a lot of skin exposed and it takes forever to slather not only on the kids but yourself too. Sometimes staying home with the curtains drawn sounds better than rubbing hair parts in sunscreen.

Heading to the pool.

Mom bods. Dad bods. Everyone will be seeing your bod because your ass is getting in the pool. If your kids are little, you don’t have a choice.

If you’re kids are older, you still don’t have a choice. They want to be thrown and stand on your shoulders. They want to have races but for whatever reason, it’s 100 times better if mom or dad are racing too.

Relaxing days poolside are over at least for the next 18 years.

And, since summertime triggers are definitely a thing – here’s to all us losing our shit at least a time or two this summer.

Saved By The Bell’s “Sc…

Dustin Diamond has died and our collective 1990s hearts are broken. Forever known as “Screech” by every 90s kid ever, … Read More