A little over a week ago, you helped my sister and I open a joint bank account for our new business. You were very friendly and it was a relatively pleasant process and we thank you for your help.

Over the last week, however, I have been unable to stop thinking about one comment you made and I feel I need to bring it to your attention – not in an effort to judge, condescend or shame you – but because I truly believe that if we, as humans, are willing to open ourselves up to understanding and change we will be a much kinder and happier society.

After providing you with our mandatory information (drivers license, SSN, etc.), you commented that the “bank likes to get to know our customers” and then asked us a series of questions.

You asked my sister about her employment and income.

You were listening for an answer instead of watching for one, so you missed the shift in her body language. You missed my sister make herself appear to be a bit smaller because she knew what was to follow – so I made a joke and the following discussion ensued:

Me: CEO, CIO, COO
Jen (after raising a bit and laughing): … of 1234 Street Address.
You: Oh, what company is at that address?
Jen (after making herself a bit smaller again): It’s my house.
You: So, you are just a housewife.
Jen (appearing defeated): Yes.

I wonder, if reading it here, you see what happened?

I’m sure it was an innocent oversight on your part and you did not mean to insult or demean my sister, but you did. And here’s the word that triggered it… “JUST”

As human beings, we are never “JUST” one thing. 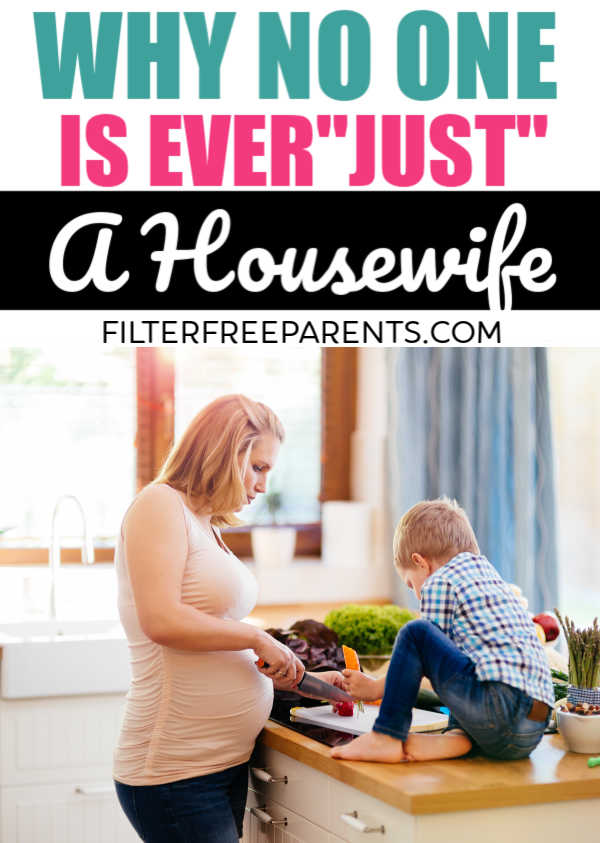 My sister is very proud of raising three amazing young boys who adore her, and of being a partner in her loving marriage to the man she’s been in love with since she was a teenager.

Sure, she’s a great cook and she cleans the house and does the laundry. She does all the tedious chores that come with running a household, as well as fulfills the huge role of PROTECTOR AND DREAM BUILDER, and she does it all with love.

So, yes, I guess (by definition of a very antiquated word) she is a housewife. But, she is NEVER “just a housewife”.

I don’t feel the need to always be politically correct. I’m not an overly sensitive person. I don’t believe everyone deserves a trophy in life. I certainly don’t need to defend my sister’s decision to stop being a school teacher so she could raise her children.

She needs no defense. I do want to encourage you to change the perspective and change the dialogue.

Remove the word “just” before a title, label, role, job, etc. Take it away.

None of us are ever just one thing. 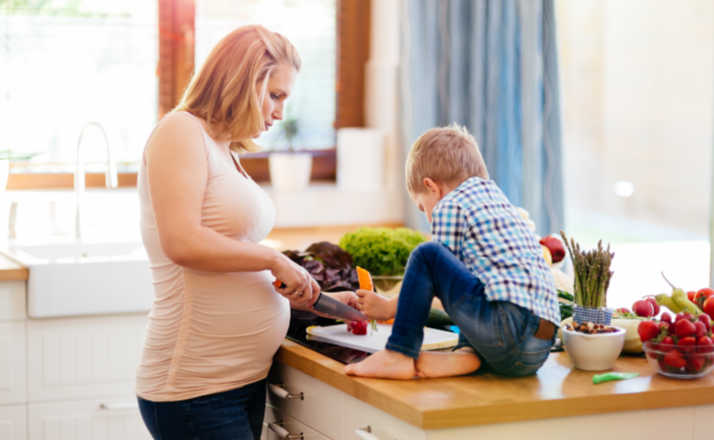 We are so many emotions, actions, decisions, roles, changes that combine to form who we may be in the moment we cross each other’s paths. And we are constantly changing as we are lucky enough to live in a world where it is never too late to change.

So, again, let me encourage you to change the lens in which you look through. Change the discussion and remember how important the words choice and kindness are.

She is not just a housewife. She is not “just” anything.

Except of course, just EVERYTHING.

Why All Your Friends Are Talki…


Having A Bad Day? Bring Along An Em…