Who says your sex life needs to dry up just because you’ve been married for a long time? Spicing up married life isn’t hard, because I’m gonna go out on a limb and say married sex is the BEST sex. Yep.

No one needs a map, there’s not likely to be any creepy surprises and there’s no pressure to be nice to each other later. It’s really the perfect scenario.

That being said, this is only the case if ya’ll are putting the effort into keeping it interesting.

If you’re just flopping onto your partner and having a lackluster flail then your satisfaction in the old marital sex department may be so dire that you’ll wish you had somewhere to file a formal complaint. Spicing up married life is easy if you are willing try some new positions.

However the problem with sex once you’re married with kids is that you will likely be in the position of needing to work around all the roadblocks between here and pound-town.

The following is a list of SUPER thrilling sex positions that you can try with your spouse to keep your sex life thrilling AF.

The kitchenary position is when you are trying to get dinner ready and have about 20 things on the go and your husband starts to try and start some shit as if there aren’t a bunch of kids running around and things on the stove 2 minutes away from burning.

This is a long game position, because this portion of the move is usually characterized by extreme annoyance. The actual sex comes later when everyone is fed and put to bed.

The “Don’t Wake the Baby”

Here’s the scene: your child has been an absolute horror to sleep lately and your family has been literally tiptoeing around so as not to wake the baby. You and your spouse start getting to it and are about 1/4 of the way in.

You hear a noise. Oh no. Please no. Everyone freezes.

You start shushing and you stay perfectly still, clenching your eyes and hoping that it was a false alarm. It was. The baby is still asleep. You carry on but with extreme boner-killing caution.

Well well well, it’s sexy time! But to be honest you’ve had a hard day. You assembled Ikea furniture and did some light gardening. You start with the foreplay and your mind starts drifting off to the Tylenol.

Your partner starts talking about their physical ailments and you can sense a stand off coming. “My back is just really hurting today” you both blurt out at the same time. Your eyes lock and you both clench your respective jaws.

Internal math begins about whether this is really going to happen. It’s like there’s a sports announcer in your brain saying “this might be the end of the series”. Who will win?? 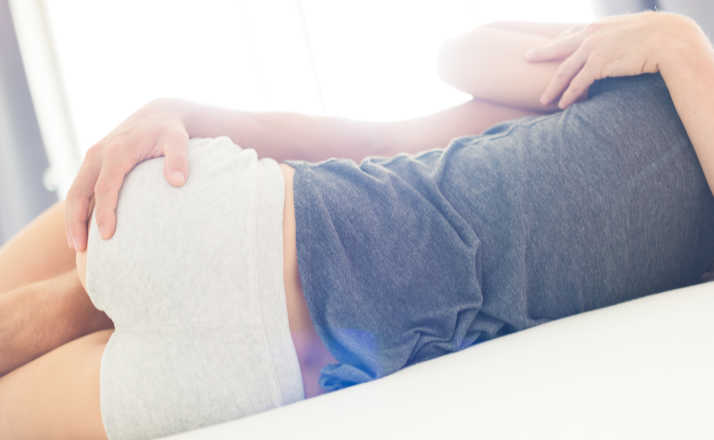 You start to get amorous and to be a little silly you make a joke. Then another. Then you are both laughing and the likelyhood of penetration decreases.

You’re doing voices and faces and the whole thing really falls apart. You can’t stop laughing. Then you realize how much fun it is to be married to this person and it all comes back. Mission accomplished!

So there you have it. Married sex might not be what’s glorified in films and TV but it is wonderful and amazing all the same.