Ahhh, the holidays! This is my favorite time of the year! Everyone is so generous and joyful–well, mostly everyone–and there’s just a warm and happy feeling in the air. That is, unless you have toddlers.

If you have toddlers, you know this time of the year can be stressful, frustrating, and chaotic.

Yes, of course, with children, I can agree that the season is magical. You look into their sweet, innocent eyes and see wonder and amazement. It makes you feel like a kid again, looking at it all from their perspective…

It can also make you feel like a patient in an insane asylum. 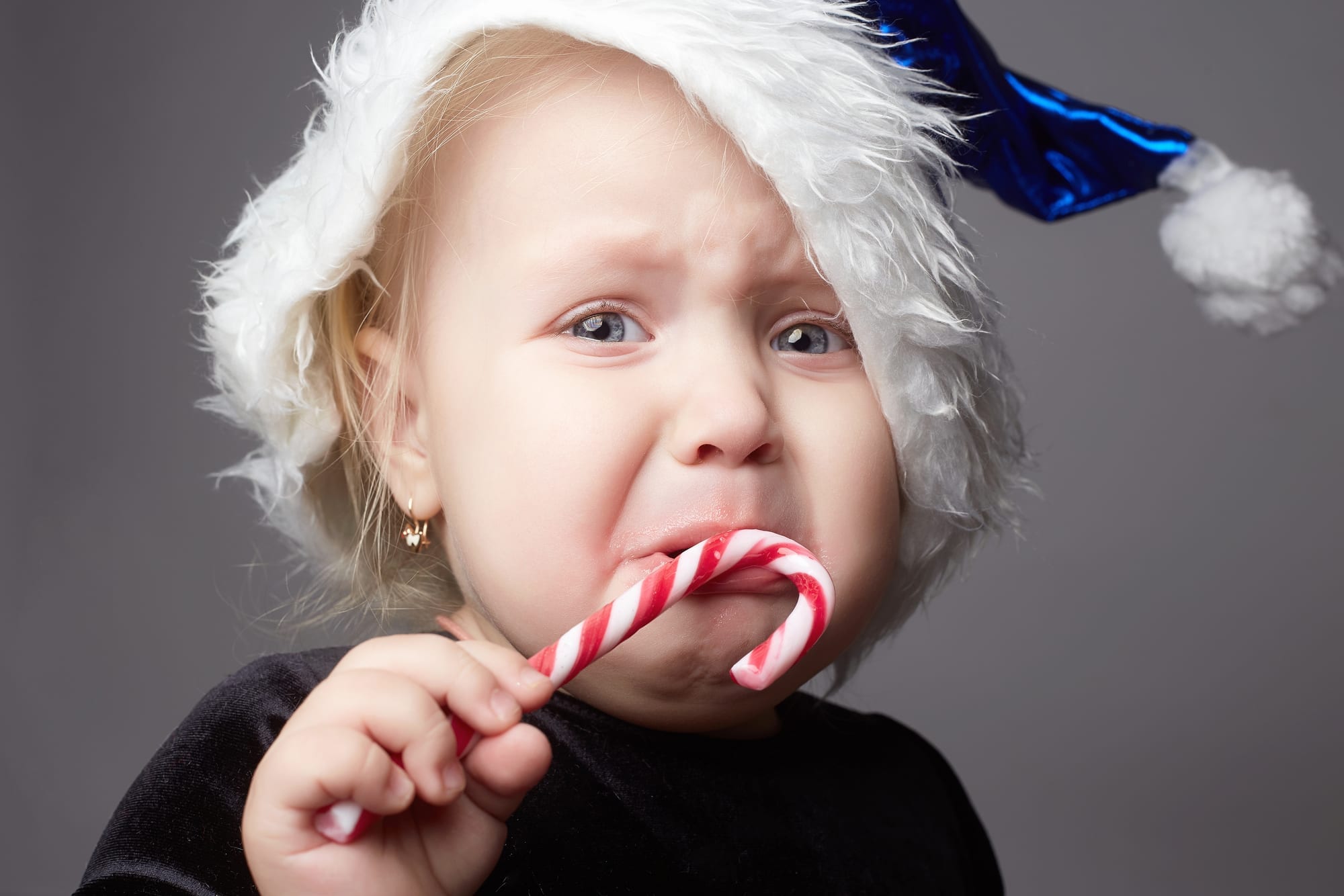 First of all, to survive, set your expectations low–Actually, don’t even have any expectations and you’ll stay sane.

Here’s a list of what we, as parents, expect when we’re stuck in Fantasy Land, and the reality of what will be in store for us between Thanksgiving and Christmas:

Fantasy: I’m going to whip up a glorious feast and my three-year-old will try all of the different options. She’ll be excited to help me prepare some of the dishes. When it’s time to eat, she’ll at least try everything–perhaps without drowning it in ketchup first. She’ll sit there while everyone’s eating, like a perfect angel, clearing her plate, then being content while others finish.

Reality: There will be whining, such as Ewww, I hate turkey! Where’s the ketchup? I HATE mashed potatoes! Ham is GROSS! I don’t want these crunchy things on my beans! What is that!?!? Stuffing is yucky! Where’s the mac n’ cheese?? Can I just get down from the table?? Can I just have a biscuit!?

Picking out a tree.

Fantasy: This will be so much fun and memorable! We’ll be walking around–our little fam, commenting on the trees, joyfully singing carols, and happily laughing while Dad begins sawing down the Fir and making a comparison to himself and Clark Griswold.

Reality: The whining about the cold begins as soon as everyone’s out of the car. Mom and Dad argue for five minutes about just grabbing a tree from the lot, instead of going up the hill to cut one down. Dad wins. You all march up, searching for the perfect tree. The three-year-old has a meltdown about being vetoed over her Charlie Brown tree pick.

Mom and Dad argue again about the size, and which one is the most appropriate: The medium-sized, fat one, or the ginormous “I’ll need five feet hacked off to fit in your house” one. Dad wins. Again. The toddler, with snot running down her frozen face, is now crying about being starved. The three-year-old is now sobbing because Dad won’t let her play with the saw. Fa-la-la-la-la this f’reaking sucks!

Fantasy: I’m so excited about getting everything out and having the three-year-old help me make the house look like a Christmas cottage! As we hang the ornaments, I’ll share a little story about each one: “This was your very first ornament! And this the first ornament your dad gave me when we started dating!….”

Reality: You end up not having any ornaments on the tree after three in a row were broken. The garland hanging from the mantle had to be removed after the toddler pulled it down, bringing the entire Christmas decorations, on top, with it. The cute, little Santa candle is now sitting up on the fridge, almost out of sight, due to his irresistible charm. The festive window cling-ons have all been pulled off and ripped, leaving a lone snowman who must not have been cute enough. Your house ends up looking like it would any other day, besides the smell of pine from your Yankee Candle that you’ve managed to keep up, out of reach.

Fantasy: I’m going to turn on Christmas music, get all of the baking equipment and ingredients out, and we’re going to have a blast! We can make five different types, and we’ll laugh and eat as they cool. I’ll let the three-year-old be creative and design the sugar cookies however she feels!

You turn into a hypocrite, taking nibbles of cookie dough when she’s not looking. The Christmas music, playing on Pandora, is blocked out by melodies of, “No! You can’t put icing on the dog! Keep the mixer in the bowl! Don’t lick the raw egg! They’re still hot!” The musical beat then turns into crying from the toddler, who would now rather just go watch Mickey, leaving you to finish by yourself.

Fantasy: Let’s get the girls dressed up in adorable Christmas outfits to go see the big, jolly man! If not on his lap, they’ll both at least sit near him for a sweet picture!

Reality: Let’s get the girls dressed up in adorable Christmas outfits–to go pay a ton of money for a picture that will look like the big, jolly man is torturing them and telling the three-year-old that he just killed Rudolph.

So, again, for the holiday season, don’t put a ton of rigid expectations on yourself, and you might make it through. (Be sure to have the wine cabinet fully stocked! If you don’t drink, bake extra cookies to use as comfort foods when you feel the need to get into your straight jacket. 15 pounds heavier at the end of the season, and your mentality at optimum health? No brainer!) 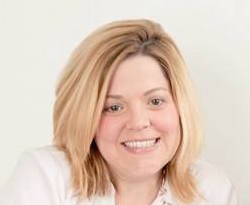 Once a middle school teacher, Emily Spence is now spending her days, as a SAHM, diffusing meltdowns, changing diapers, cooking mac n’ cheese, rockin’ her yoga pants, and writing into the late hours when her kids have finally fallen asleep. Her three kids help keep the insanity in her life, which is balanced with a lot of laughter. She believes parenting without a sense of humor is a death sentence, and that tone is expressed in many of her pieces. You can read more on her blog at Sweet N Sour Mom, and also find her on Facebook, Twitter, and Instagram.

Technology is constantly evolving, and it can be challenging to keep up with the changes. Apps are continuously being updated … Read More