I am not sad because my kid has autism.

You know what I’m sad about? It’s all the other stuff that comes with the autism that can get bent.

The crippling anxiety, the obsessive-compulsive disorder, the sensory processing issues, the hyperactivity, and the one that makes life really freaking complicated, the intellectual disability.

Ya see, this is the kind of autism that doesn’t get talked about in the glorious month of Autism Awareness.

Or at least I haven’t seen it because my social media feeds are swimming in all the feel-good inspiration memes. Or the token stories of an autistic person who has some special awesome talent. Which is cool.

I don’t begrudge these memes or stories, but they are just so constantly one-sided. It’s hard to feel hopeful and renewed when I know that this will never be our story. Not even close. 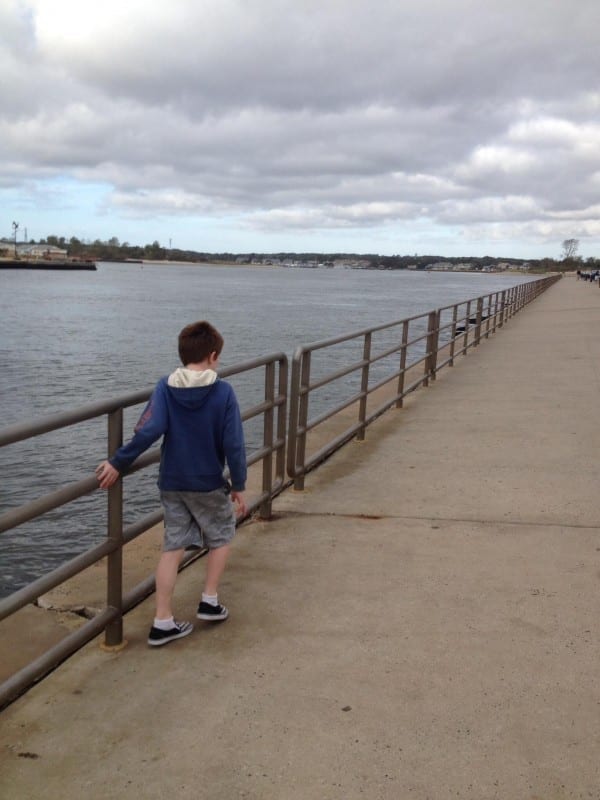 I have an almost 13-year-old kid who still believes in Santa Claus and the Easter Bunny.

I have an almost 13-year-old kid who still watches Baby Einstein when he wants to unwind.

I have an almost 13-year-old kid whose bedroom looks like the Island of Sodor exploded in it.

I am not sad that he’s not into typical teenage boy stuff.

Although, to be honest, I’m not sure what that would even be. What are they into? They seem like such mysterious moody creatures but I’m pretty sure it’s not searching for out-of-production Blue’s Clues DVDs online. (Thank you sweet baby Jesus for eBay.)

I get sad that even when I am planning something that should be fun, it’s coupled with so much stress and back up of plans in case it goes bust.

Since it has so many times before. It makes me not want to go anywhere some days and I really have to talk myself into pushing him and myself outside our little comfort shell and try.

Plus, Kiddo has a built-in bullshit detector. He knows when I am faltering. Just for once I would love to just be able to say a thing that should make him happy and not have to pull out a social story to go with it.

I think what gets me the saddest is that for every “feel good story” that I see my “civilian” pals sharing, I wonder: Do they really get what the day-to-day grind can be like?

No mainstream media is covering that story. The worry, the stress, the frustration. Guess what, folks? It’s not fake news. It’s our life.

And you know they aren’t the ones reading this blog. It’s cool you guys are here but man, I kind of wish they were so they could get it. I’d invite them over but that has its own stress-filled complications. Unless they bring fries because well, fries.

That’s the stuff about autism that I want people to be aware of.

This post originally appeared on Autism With A Side Of Fries

With recent safety warnings on everything from chicken nuggets to juices, we parents definitely have our work cut out for … Read More

There is A Huge Capri Sun Recall Af…

Got some Capri Sun pouches in your house? Before you hand one to your child, read this first. We are … Read More