I was 8-years-old when Cabbage Patch Kids were all the rage. There was nothing, and I mean nothing, I coveted more than my very own one-of-a-kind doll tattooed with Xavier Roberts’ signature.

Alas, it was not meant to be.

I thought it was the worst crochet doll I would ever see.

Daniel Arenson, a Sci-Fi & Fantasy Author, posted photos of “cute crochet babies” on his Facebook page where they have quickly gone viral, but not because they’re “cute.”

Warning: these may fuel your nightmares from now until forevermore.

I know what you’re thinking, trust me, you’re not alone:

Granted, the dolls are definitely unique. And the craftsmanship is impressive. I mean, just take a look at the detail; the lifelike eyes, the cute little outfits, the hair that looks disturbingly human…

It’s obvious that a lot of effort has been put into creating these handmade humanoids of hell.

This one literally says, “I am your cuddle baby.” Awwwww. (Of course, it conveniently left out the part that says, “I will steal your soul while you sleep.”

And there’s this little guy. Dressed in his little jeans and a turtle sweatshirt. He’s kinda cute, no?? Once you get past the dead-to-me stare and soul-sucking mouth, that is.

Hey, you invite in one creepy haunted murder doll, you might as well invite them all.

And then there’s this “cute” little doll, who may just be my favorite. And by favorite, I mean “Hell no.”

Does Chucky wanna come out and play?

I think it’s safe to say, she has us all begging the question: 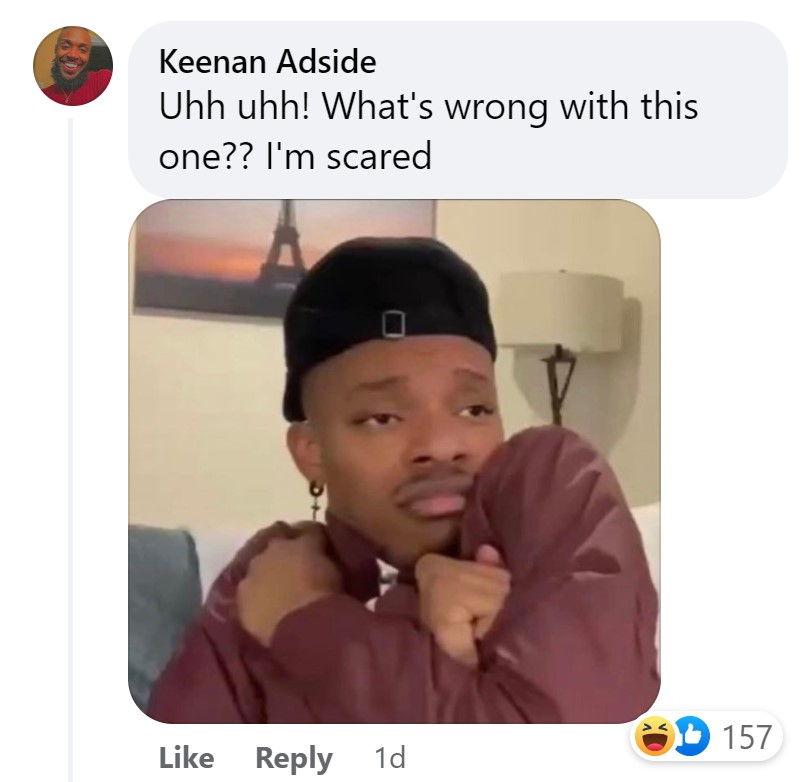 We’re all scared. And for good reason. Nothing screams, “I’m going to stab you while you sleep,” quite like this doll.

Unless of course, you have one of these “lights” lying around: 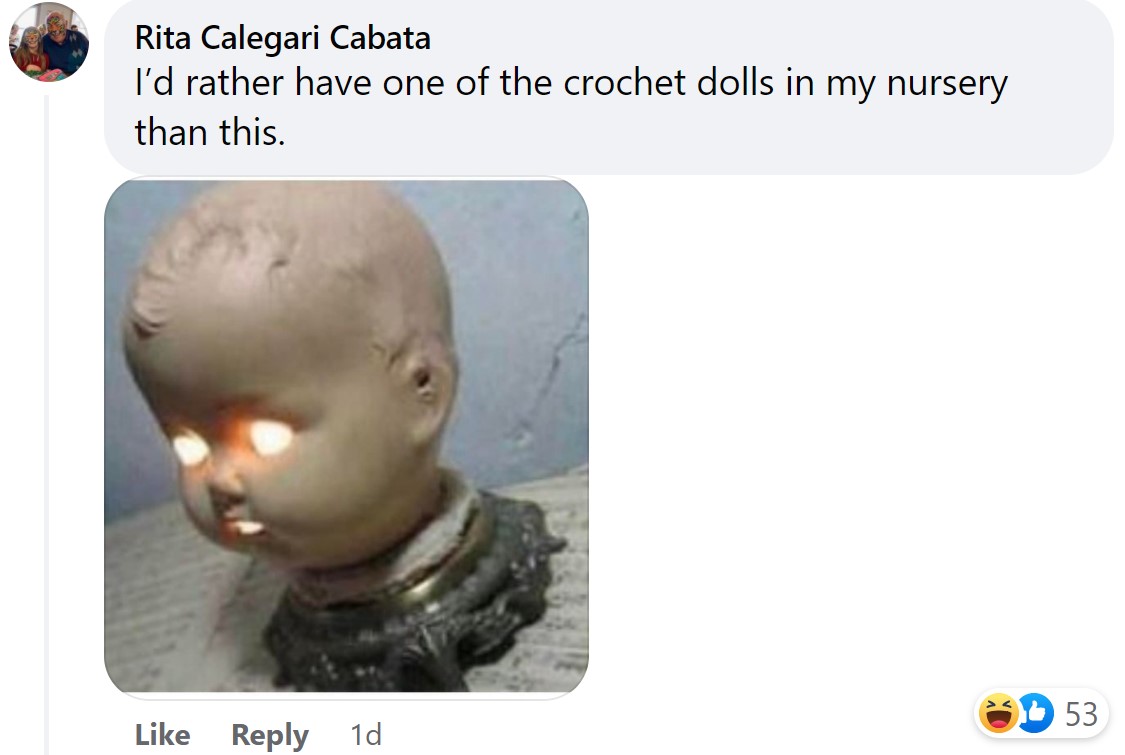 A little google search revealed that this isn’t the first time these dolls have haunted the world of social media.

“My wife Lola will be selling her crocheted dolls in the precinct this Saturday, all proceeds to the drop-in-centre.”

“For God’s sake buy one, she’s made 600 of the bloody things. They’re all over the house. Every time I open the airing cupboard it’s like being attacked by Chucky.”

Obviously, the tweet was fake. However, it doesn’t make it any less hilarious.

My wife Lola will be selling her crocheted dolls in the precinct this Saturday, all proceeds to the drop-in-centre. For God's sake buy one, she's made 600 of the bloody things. They're all over the house. Every time I open the airing cupboard it's like being attacked by Chucky. pic.twitter.com/Qi4iB0uBS5

At the time it was posted, it went viral with over 172K likes and 6K comments.

Good lord, why didn’t you say something after the first one…

I love everything about this Tweet. The charity, the spousal support, the cheerful acceptance that these things are terrifying craft-abominations. You might want to buy her a candle making book for Valentine’s Day. Or get her a still. Definitely encourage a new hobby ??

Speaking of hobbies…If you’ve fallen in love with these crafty creepies and have just discovered your new hobby, you’re in luck! I found the original pattern for a couple of the dolls and bonus, they’re available for the low low price of one human soul.

You can check them out on ravelry.com, a website that caters to knitters, crocheters, and fiber artists.

The patterns are free to download and were created by Cleo’s Crochet Art.

You have the choice of Baby Louis or Baby Emily. Sorry, it doesn’t appear that “Chucky 2.0” is available.

In all seriousness, these dolls do take a lot of talent and dedication to create. And someone, somewhere, would love them, I’m sure.

Also, they would make a great accessory to go along with this award-winning crochet suit:

You can read more about it here.


Mom Hides Cash Under Trash To See I…