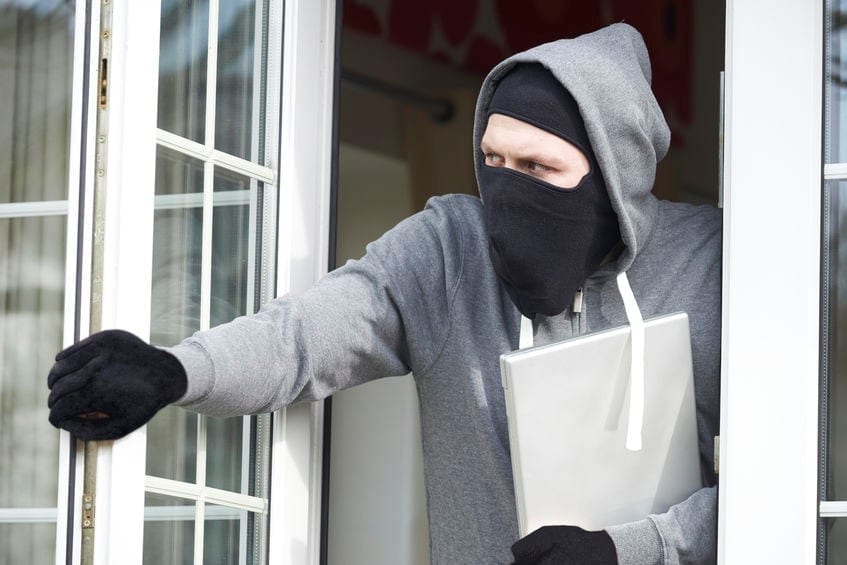 A few thousand years ago, a wise man was credited as saying: “If the householder had known in which watch the thief was coming, they would have kept awake and not allowed the house to be broken into.” However, since most homeowners do not know when someone is going to burglarize their home, most burglars get away scot-free. It is estimated that fewer than 15 percent of burglars are ever arrested in the life of their career.

What makes that statistic even more alarming is the fact that every day in the United States approximately 8,000 homes are burglarized. And while most would not consider being burglarized on par with being a victim of a violent crime, anyone who has had their home broken into understands that losing your belongings, having your home violated, and having the fear that this type of intrusion could happen again is something that haunts you for a long time.

When Do Burglaries Take Place? And Who Commits Them? 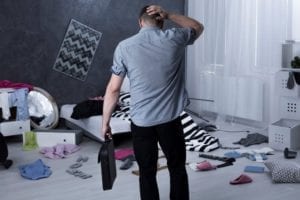 Another misconception is that burglaries take place by people who live on the other side of the tracks or a faraway part of town. The truth is that most burglars live within a two mile radius of the people who they are robbing from. Because they live so close to you, they are able to monitor your patterns, know when you are home, know when you are on vacation, and strike when you least expect it.

Burglars are lazy people. That is why they are stealing instead of working. They want an easy target. Their hope is to break into a house, get what they want, and get out in less than 10 minutes. Their goal is to simply get what they want and to leave without anybody knowing that they were there.

Get an Alarm System

Get a good alarm system. Homes that have a good alarm system installed have a drastically reduced chance of being burglarized. The University of Charlotte performed a study that involved speaking to many burglars. Sixty percent of these burglars said that they came upon a home where an alarm was present and then looked for a different house to target. They just did not want to take the risk.

If you don’t want to pay for a whole alarm system for your home, at least have an alarm that monitors your doors and your windows. These alarms could do something as simple as make noise when the doors open or the glass is broken. Or they can be connected to a monitoring system that will alert law enforcement officials when someone is trying to break into your home. 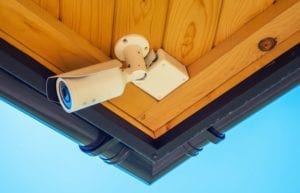 CCTV is an important part of any home security system. Modern CCTV systems will allow you to monitor your home wherever you are on the planet since your camera is connected to the Internet and you can access it from your smartphone. Many of these systems have motion detectors, microphones, and speakers. Motion detectors will send you an alert on your phone when someone is in front of your door. The microphone will allow you to hear and record what these individuals are saying. The speaker will allow them to hear you as you talk to them. This can give the impression that you are home even when you are not.

Anyone who has not been the victim of a burglary gets an impression of what burglaries are like from what they see in entertainment. However, the reality is so different. Burglars do not create these elaborate plans using sophisticated tools and computers to circumnavigate your home’s security system in order to enter unnoticed.

So the number one way to make your home less inviting to burglars is to make the points of entrance less accessible. For example, reinforce the glass in your windows. Opt for tempered glass as opposed to traditional glass, which is a lot harder to break. If you are willing to pony up extra money, laminated glass is a good option because it requires a burglar to hit the same area over and over again to break it, which requires making a lot of noise.

Put iron bars on your windows. Even if a thief smashes the glass, they can’t fit through the bars. Some will homeowners avoid installing iron bars because they think it makes the home look less attractive. But there are a lot of companies that make specialized iron bars that are absolutely beautiful. 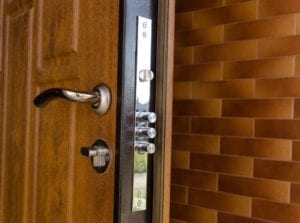 When installing locks on your front and back doors or on your windows, you are not looking for a plethora of locks. In fact, installing too many locks that are visible may give burglars the idea that you are trying to hide something that’s worth them taking the risk to break in for.

What you want are high quality locks. Deadbolts, be them on your windows or on your front door, are simple, they are affordable, and they are a deterrent. Vinyl window locks are another good option. They are strong, and they are visible. And if you need to get out of the window in an emergency, they are easy to open from the inside.

Keep Valuables Out Of Plain Site

As we have mentioned, burglars are opportunists. If they can see into your home and they see that you have an expensive television, expensive electronic devices, jewelry, or other valuable items that are easy to grab, they are going to take advantage of this opportunity.

Also, when you are away, keep your blinds closed. If your blinds are open, criminals will be able to observe not only the valuables that you have, but they will also be able to observe your patterns. They will know when you are home, they will know what parts of the home you are more likely to be in, and they can use this information when determining when and how to strike.

Be a Good Neighbor 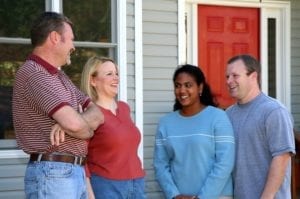 Good neighbors care about each other. Take the time to get to know the neighbors on each side of your home and the three that are across the street. Invite them over for a meal and communicate with them often. The goal is to build a level of trust and if possible a friendship with them.

A nice thing about having a good neighbor is that you can usually allow normal services to continue while you are away, such as the mail service, a newspaper delivery service, or your lawn mowing service, so your home does not look like it is empty. If you have a good relationship with your neighbors, they can park in your driveway when you’re away, giving the appearance that someone is home, even when you are not.

If you trust your neighbors enough, you can give them a key as opposed to hiding a key outside the door. Good neighbors will take responsibility for what goes on in and around your neighborhood. This idea works in both single-family homes, communities, and apartment properties.

Your home is likely the only environment where you can control who can get close to your family and who cannot. Protecting your home from burglars should be high on your list of priorities. According to the United States Department of Justice, a family member is home during approximately 28 percent of burglaries. Seven percent of these victims experience some type of violent crime.

Do not just assume that because you live in a safe neighborhood you will not be a victim of a burglary. Remember, there is a burglary that’s taking place every 18 seconds in the United States. The good news is that the more you learn about burglary, the more steps you take to protect your home and the more you can minimize the chance of you and your family being victimized.

Thomas Palmer is an enthusiast, researcher and businessman in the field of home technology. As the owner of a home security business, he knows exactly what homeowners desire in order to keep themselves protected at all times.  Read more of his works on –  Property Guard Master!

Kroger Being Sued for Selling …

Build-A-Bear Has Just Released A &#…

Trick or treating is one of the biggest joys of the fall season for most kids; they will gladly go … Read More