Any parent will tell you that parenting in the age of social media is a challenge unlike any other. You’re navigating unfamiliar territory on a course that neither you or your child have ever walked before. And as soon as you get your arms around one popular social media platform, another one, more confusing than the last, pops up. It feels impossible to stay one step ahead of our kids when they have both a significant amount of time on their hands and the technical savvy that we are so often lacking.

Simple apps and social network sites that sound harmless enough lead our impressionable kids down a rabbit hole of inappropriate images, themes, and language. Whether it be in the message boards, direct messages, or the hashtags, darkness seems to abound from the depths of these apps, created more for adults than children, waiting to prey on their innocence. 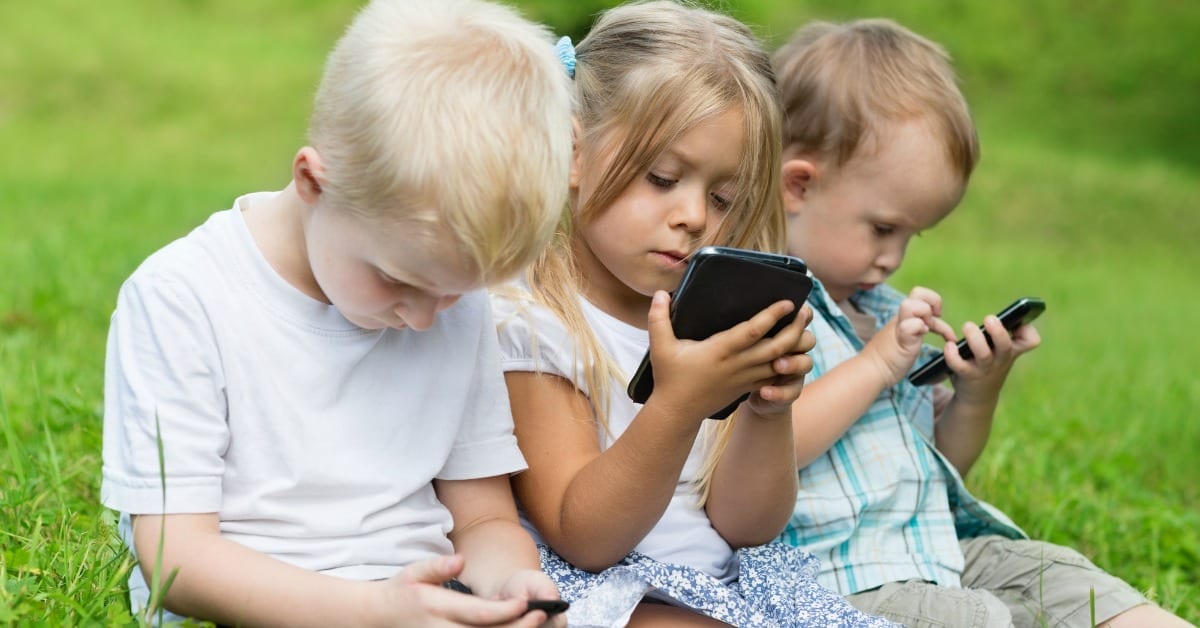 In a recent viral article that appeared on Medium, Anastasia Basil, a writer and mother, documents her experience with the popular social media site Musical.ly and the underbelly that exists once you are logged in to this seemingly harmless app designed to upload and share videos of yourself singing and lip-syncing.

This mom took the time to really dig in and see what a child would actually be exposed to before deciding whether or not her own child would be allowed to create an account. Spoiler alert: She told her kid no.

Her findings were disturbing, which in some ways is unsurprising. I mean, how can anything really surprise us anymore? We have handed over electronics and asked them to provide companionship and guidance for our children. We have trusted this digital world that exists around us and without us, to be responsible for and delicate with our most treasured possessions, our kids.

From the videos of young kids singing songs that have graphic and explicit lyrics accompanied by innapropriate dance moves, to the pornograhy and a variety of other questionable content that actually has nothing to do with singing, your experience with Muscial.ly is likely to be more than you bargained for.

Anastasia writes “Friends who worry I’m over-reacting suggest I make the account private to keep pedophiles at bay, but pedophiles are not my main concern. Here’s why: Pretend you can turn your kid invisible. Pretend you drop your invisible kid off at a warehouse in downtown LA. You have no idea who’s inside?—?fingers crossed it’s packed with Nobel Peace Prize winners, board certified pediatricians, and J.K. Rowling. Pray it is not packed with the worst of humanity. No one can see your kid, but your kid can see everyone and hear everything.

Would you do it?

Of course you wouldn’t. Most parents are careful about who and what their child is exposed to. Setting your child’s account to private may make him invisible, but he’s still there, fully present, taking it all in.”

An easy answer is to just avoid the social media trap altogether. Have a firm no social media plan in place. But what happens when our kids are out of our sight? Can we really expect them to adhere to this rule? It seems like an impossible task with so much access at their fingertips.

Anastasia suggests using a monetary incentive to encourage our kids to abstain from social media until they are at least 16.

She writes “If you begin to sock away $23 each month when your kid is 10, you’ll have $1600 to hand over for a tough job well done?—?plus $56 bucks to spend on wine and salted snacks for your middle-aged self. Pretty good deal. Plus, when one of your kid’s friends is all: OMG! You’re not on Instagram! Your kid can save face and be like: Yeah, dude, and I’m getting paid for it, too.”

I think this is a practical and viable solution to the dilemma that our kid’s face. This can easily be adjusted to fit your budgetary constraints and it satisfies a kid’s desire to earn easy money while providing them with a pretty cool excuse as to why they’re abstaining from social media.

It’s safe to say we all have different parenting styles, but we all want our kids to be safe and stay kids for as long as physically possible. Because what’s the rush?

Studies have shown that social media use during adolescence increases a child’s risk for depression, anxiety, and bullying. Why would we want to take this chance and gamble with their development and well-being versus just waiting until they’re emotionally mature enough to handle the responsibility that comes with participating in social media? I know I don’t.

Uniting as moms and dads who have a common goal of appropriate content for our young kids is essential to maintaining their innocence.

If more of us parents stand up and say no to smartphones and delay the age at which they start using social media then maybe together we have a fighting chance at keeping our kids safe and whole for just a little while longer before the impending teenage years swallow them up.

Prenatal Test Results May Be W…


“Bertha Is NOT Invited”…

Planning a funeral can be a daunting task. Most of the time it is left up to the grieving family … Read More