Planning a funeral can be a daunting task. Most of the time it is left up to the grieving family to pull together a service on the fly.

In an effort to ease the burden, some people pre-plan their own funerals. Or, at least, give some guidance into what they’d like their final farewell hurrah to be.

They may have suggestions for where they want it held, what music they’d like to have played, flower arrangements, viewing instructions, reception ideas, and the like.

Some may even go so far as to say who they want to attend their funeral.

And one grandma, in particular, is not above naming names.

92-year-old @Grandma_Droniak (affectionately known as Grandma Lill) took to TikTok to let her 1 million fans know, in no uncertain terms, 3 rules she has for her funeral.

And while she doesn’t plan on dying any time soon, you best not forget them.

The hilariously brutal “rules at my funeral” cover such important topics as crying, wakes, and BERTHA.

And all I can say is Bertha better watch herself. Because if Bertha shows up at the funeral? From the sounds of it, Grandma_Droniak is going to rise up from the dead and there’s gonna be two funerals instead of just one.

But I’m getting ahead of myself.

Grandma_Droniak starts off her video, saying:

“These are my rules at my funeral. Listen up!”

And you just know, based on her tone, that she’s not playin’, so LISTEN.UP.

I feel like this is solid advice. It’s important to grieve the ones we’ve lost but it’s also important to celebrate their lives and reflect on the happy times as well.

Also, no one wants to witness you ugly crying with snot dripping down your face.

Good lord, Bertha. What have you done??

Inquiring minds want to know. And by “inquiring minds” I specifically mean the more than 42K people who have commented on the video, all wondering the same damn thing:

We ALL need storytime on Bertha.

And while the details are sketchy, or more accurately, non-existent as Grandma Lill is taking a “We don’t talk about Bertha” stance right now, obviously, Bertha did something bad. Like really really bad.

So bad that Bertha is officially canceled.

And I don’t know about you, but me and Jake from State Farm have never been so happy NOT to be Bertha as we are right now.

Of course, it didn’t stop people from trying to guess what Grandma Lill’s beef is with Bertha:

Whatever it is, for what it’s worth, Bertha isn’t invited to my funeral either.

As for Grandma’s last and final rule? Let’s get the party started!

Rule #3: “You better get drunk afterward. Take a shot for me!”

Or get drunk during the funeral. That’s okay too.

Just don’t make a fool of yourself. 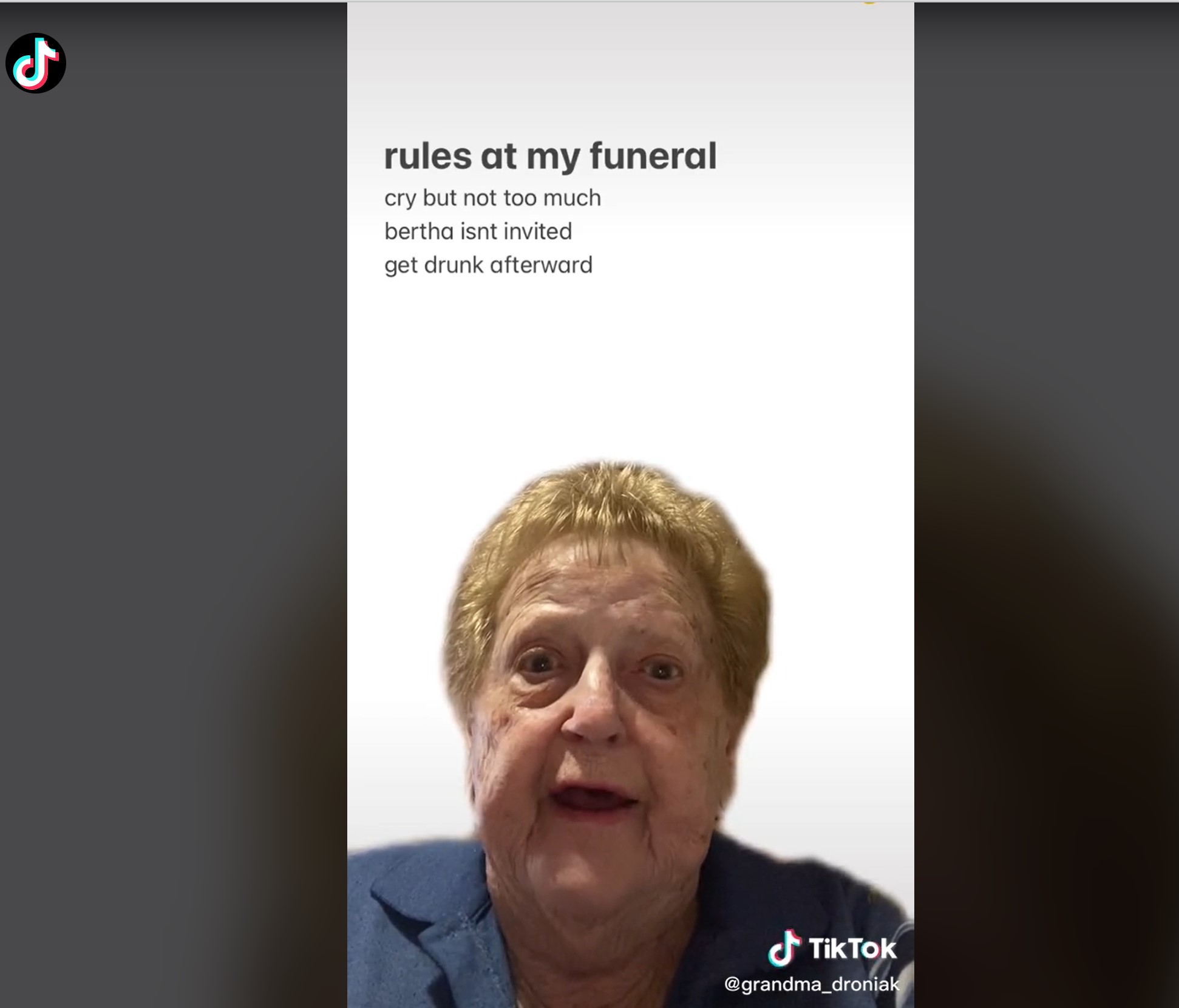 While rules #1 and #3 are obviously important, it’s rule #2 that’s really got everybody buzzing.

The video has gone viral with over 25M views and nearly 5M likes, and I think we all know who to thank for that. Thanks a lot, Bertha.

And while nearly everyone is team Grandma Lill, clearly, not everyone is against Bertha. She’s got peeps too. At least, she has one peep, or rather, one company, that is standing with her. Justice for Bertha!!:

I have a feeling Bertha isn’t the only one who’s canceled.

As for whether or not we’ll ever hear the tale of the infamous Bertha? Grandma Lill promises she won’t be taking it to the grave.

And if you happen to BE Bertha? Honey, don’t even try it. She said what she said.

Check out the video here:


Melatonin Overdoses In Children Hav…

Sleep is a rare commodity and many of us live in a perpetual state of exhaustion. Falling asleep and staying … Read More

Remember Annabelle? The creepy vintage doll that was demonically possessed and wreaked terror on an entire family? Well all you … Read More