Last year, my family and I attended an Easter Egg Hunt at our local park. And, let’s just say, it was exactly what you would expect from an event where hundreds of kids, both big and small, run after a limited amount of candy-filled Easter eggs.

In addition to baskets full of jelly beans, stickers, and random plastic toys, my kids walked away with an assortment of new scrapes, cuts, and bruises.

Easter Egg Hunts can get crazy, y’all. They really can. If you don’t believe me, just read these hilarious tweets:

1. Get ready for the Easter Egg Hunts!

2. They can get a little out of control.

My kid elbowed 7 Aidans and 4 Kadens to get his Easter egg hunt haul cuz go big or go home.

3. The Hunger Games comes to mind.

The most exciting part of Easter egg hunts at my house is when suddenly the hunted become the hunters.

4. Sometimes parents even get involved.

Easter egg hunts are fun if you like Hunger Games for 6-year-olds, and parents who will literally fight you for a chocolate bunny.

There are 2 types of parents at the Easter egg hunt:
1. Parents who help their kids hunt for the eggs.
2. Parents who hate those parents.

6. And some participants take it seriously.

Toddler found two and a half eggs at the Easter egg hunt. Yeah, HALF. No one was messing around during that thing.

My 8 year old said that he hopes the Easter Egg Hunt is more of a challenge this year so I'm buying a bunch of mouse traps.

Easter tip: Tell your kids you hid an egg with $50 in it in the backyard but you don't remember where. Enjoy a quiet day indoors.

9. Let’s leave the egg hiding to the parents, k?

That moment when your 14 yr old son hides Easter eggs in a thorn bush and the kids go from singing happy songs to screaming "WHY GOD WHY!?"

10. And maybe separate the big ones from the little ones.

When ya win the Easter egg hunt and ya 8 year old sister goes dead bitter, try again next year Sienna

Still waiting for this toddler to find the Easter Eggs that are literally sitting in the grass right in front of them.

12. Should there be an age cutoff?

13. Interesting how kids only seem to have this energy during egg hunts.

It's cool how my kid can find 87 pieces of plastic at this egg hunt in 10 minutes, but he can't find his shoes if they're sitting in his lap

My kid sure is great at picking up Easter eggs for someone who suffers arm paralysis whenever I ask him to clean up his toys.

15. They will never stop looking.

I forgot to buy Easter eggs for the hunt this morning so I told my kids that this year the bunny hid them REALLY well.

An Easter egg hunt but the plastic eggs contain a list of chores and a Flintstone vitamin. 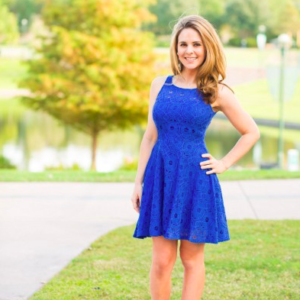 Lauren Lodder earned her BA from UC Berkeley and her MA from CSUF. Before becoming a freelance writer, she taught writing and literature classes at the college level. You can find her on Facebook and on Twitter. Her work has appeared on HuffPost, Scary Mommy, Babble, Buzzfeed, The Mighty, among others.