Filter Free Parents
Home Mom Life Encouragement 5 Reasons Why I Beg You Not To Tag Me In Old...

Why did they tag me in those old photographs on Facebook? Why? Why would they do this? I feel like I’ve been completely sideswiped by this repeated deceitful action. Why inflict this horror and betrayal onto me?

We all seem to have those old “friends” – the ones we don’t really talk to anymore, but we are connected to on Facebook to stay up to date on each other’s lives.

Occasionally, there is the one gal who resurrects old photographs and relics from basements and attics detailing the shenanigans of the dreaded and ever awkward TEENAGE YEARS.

For some strange reason, they feel the need to scan these photographs and put them up on display on Facebook and then… Cue the horror – TAG YOU IN THEM.

I don’t know about the rest of you, but back in those days, I got up to all sorts of crazy shit like underage drinking, keg parties in country garages, driving cars without licenses, crank calls late at night to boys from home lines using that *69 function that blocks the outbound caller and lots of other general f*ckery that small town girls who attended Catholic Schools pushed the limits on.

And I wasn’t alone doing it either.

Nope, I don’t want to look at this photograph and no one else should either. 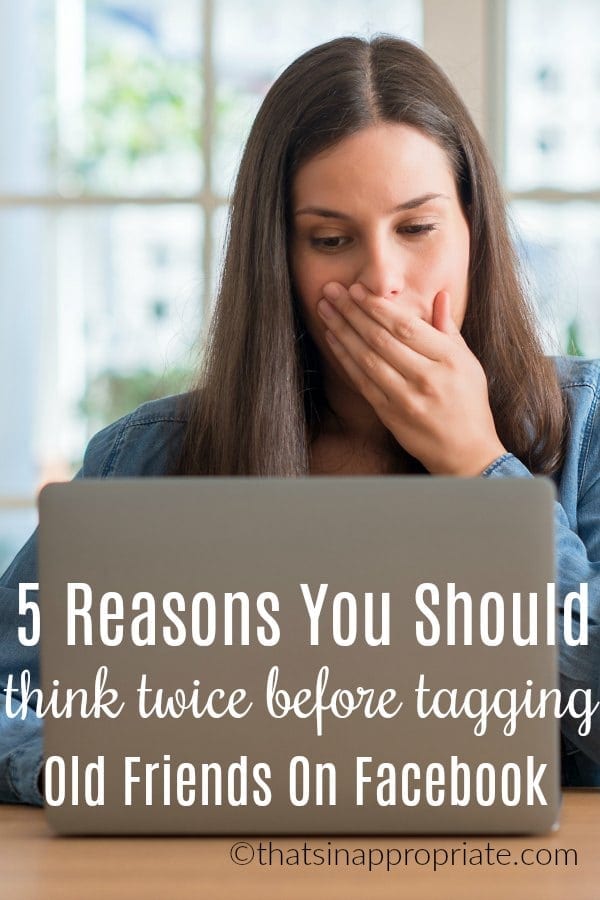 Let’s Not Forget Where We Came From Though…

A lot changes in twenty years and today’s fun is a lot different than that other kind of fun, AMIRITE? Slow walks down the aisle at the grocery store with my latte in my hand is more my speed now.

I’ve actually untagged myself many times from these Facebook posts. I’ve even asked the poster to remove the photos with obvious illegal activity in them. I received a response with a simple a “Hahahahahaha” reply comment. I mean, seriously?

Here are The Top 5 Reasons Why I Beg You Not Tag Me In Those Old Pictures On Facebook:

I might be grateful for the that memory in the moment, but then I might be embarrassed five minutes later once the nostalgia wears off.

What if colleagues in my fancy full time job in a federal corporation see those pictures? Am I going to become the butt of jokes in office gatherings for the things I did when I was 16? Sure, it was fun at the time, but I’m not convinced those pictures need to be viewed by ALL MY CONNECTIONS (and yours) on Facebook nineteen years later.

There are some things I’d really rather forget – like that summer fling with that guy who worked at the movie theatre. Don’t find pictures of us at the beach together please.

My children are going to see these, maybe. And not on my terms.

Kids are savvy. They could be looking over my shoulder or their Dad’s or they might likely have their own Facebook accounts at some point. I don’t want to have these awkward conversations right now… I mean we work so hard to instill SELF CONFIDENCE into our daughters, only to have our work thwarted by old pictures of Mom lying on top of some guy and throwing herself at him in her awkward teen years at a co-ed sports camp…know what I mean?

It could affect my job.

Would I lose my job for the proof of supplying minors with alcohol? The question is valid.  What if a boss looks at that and sees it as a piece of your character? The law breaker? Would something I did at the ripe old age of 17 come back to haunt me and make me unemployable? Let’s hope not. But, don’t tag me just to be safe. 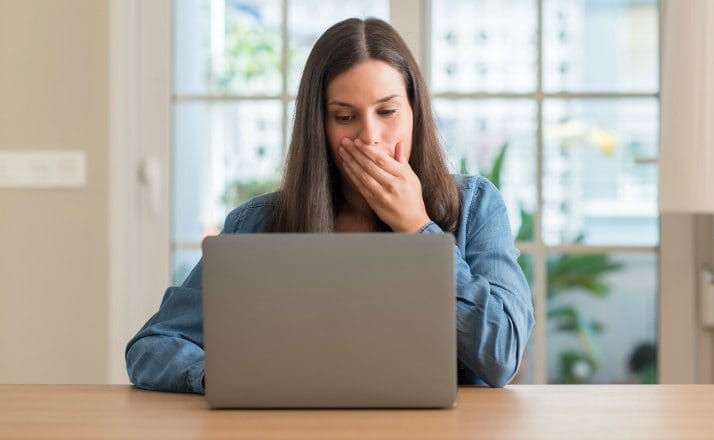 We all looked awkward once upon a time.

Listen, I’m really cute now, but I’ve kept it a secret to all my new friends and husband that I had coke bottle thick glasses lens and worse head gear with my braces. Not to mention that back hair cut in 10th grade… Must. Keep. Those. HIDDEN!

I’d unfriend and block these social media faux pas offenders, but I’m afraid of what else they’re going to find and now I have to keep tabs on them.

Email was only just a thing when I finished high school. Scanning pictures and sending them wasn’t a thing for another year or two. Thankfully.

There is a reason for all the memes and jokes about how folks our age can thank our lucky stars that Facebook, Snapchat and all other forms of social media as we know it did not exist in the 1990’s. I’m in favour of keeping pictures and all other evidence of the teenage shenanigans locked in a shoebox in a basement or the attic. Let’s reserve them for HIGH SCHOOL reunions or home coming gatherings.

In the physical form, not the digital. PLEASE.