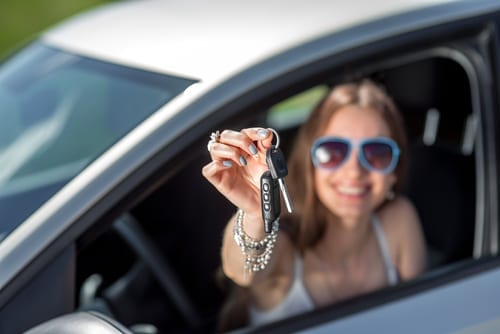 Learning to drive and passing the driver’s exam are major milestones for teens. This rite of passage offers teens freedom, but also presents many risks.

According to the Centers for Disease Control, car accidents and crashes are the leading cause of death, with eight teens dying every day. This statistic will naturally alarm many parents to take measures on how to prevent an injury or accident. Certain behaviors increase a teen’s risk for a crash so parents must educate themselves on what they can do to protect their children.

Here are five common teen driver safety issues and what parents can do to help:

The first 500 miles that a teen drives is the most dangerous. MSNBC cites that during this time they are 10-times more likely than an adult to have an accident. What common errors plague teen driver inexperience?

Children’s Hospital of Philadelphia cites the following behaviors to cause the rise of accidents in inexperienced teens:

It is natural for teens to feel a level of excitement when they start driving. They passed their test and they may be overconfident when they take to the road. Parents can offer assistance by:

Distracted driving is a problem that is a particularly sensitive issue for teen drivers. Teens may eat, drink, look up directions or apply makeup while driving. The other distraction comes from an increased use of technology. Many teens like to text and drive. According to the Pew Research Internet Center Project, one in three teens (ages 16-17) texted while driving and 52 percent talked on a cell phone while driving. That amounts to 43 percent of 16-17-year-old teens engaging actively on a mobile device while driving. With a frightening proportion of teens using their phones on the road, it is crucial for parents to intervene. Have a frank discussion with your teens regarding the perils of distracted driving. There is no text or phone call that is worth sacrificing their lives. Ask them to sign a pact or agreement to not text and drive. You can find a template at Driving-tests.org for guidance and add other issues to the agreement depending on your teen’s driving habits.

Teen drivers face a higher risk for car crashes while engaging in nighttime driving compared to taking to the roads during the day. The National Organization for Youth Safety reports that the number of fatal crashes for 16-year-olds is twice as high at night. And of all nighttime driving crashes, 58 percent occurred between 9 p.m. and midnight.

What can parents do? It is doubtful that parents can keep their teens off the roads at all times during the nighttime hours, but they can practice and observe their driving skills during these hours. Also, parents can take their teens to the optometrist to determine that there are no problems with their ability to see at night.

Despite active campaigns by the National Highway Traffic Safety Administration to emphasize seat belt usage among teens, in 2008 only 80 percent of teens buckled up, the lowest percentage of all age groups.

Parents can direct their children to wear seat belts by serving as role models and buckling up every time they enter the car, even if it is for a short distance. Another helpful tip is to attend a defensive driving course with your teen and let them observe video footage regarding accidents, safety precautions and smart driving.

Crash risk tends to rise when there are other teens present in the vehicle. When teens get together, the music blares, they talk and naturally the driver will feel the need to participate and take his or her eyes off the road. Teen Driver Source reports that a teen driver driving with two or more peer passengers triples the risk of an accident.

Teens are likely to engage in risky behavior because they have an audience present. Parents can take a proactive stance and consult the Graduated Driver License programs that are offered in every state. These programs allows new drivers to navigate the roads with low risks, and participation in this program is shown to prevent teen crashes.

Your teens are excited to experience the freedom of the road, but as a parent you need to educate them on the common safety issues that accompany driving. Talk to your teens about these issues and collaborate on how you can take measures to keep them safe.