I was given the abstinence sex talk. Sex was bad. It was dirty. It was not to happen while I was living under the roof of my parents. Not only would my parents kill me, but it was a sin. It was a sin so much so that I truly believed if I did have sex outside of marriage, I had to stay with that person forever.

Did the fear of my parents, of God, or forever stop me from having sex? Nope. Did abstinence sex education stop my peers? Nope. Were my fellow Christians able to abstain from sex before marriage? Nope.

Before I delve into why abstinence will be not the sex talk I give my kids, let me start by giving you the facts. You can also find them HERE:

The biggest reason abstinence is taught is to prevent pregnancy and STDs, but it seems to not be doing a very good job of it. So, on top of data, here are a few more reasons why I won’t be teaching abstinence to my kids. 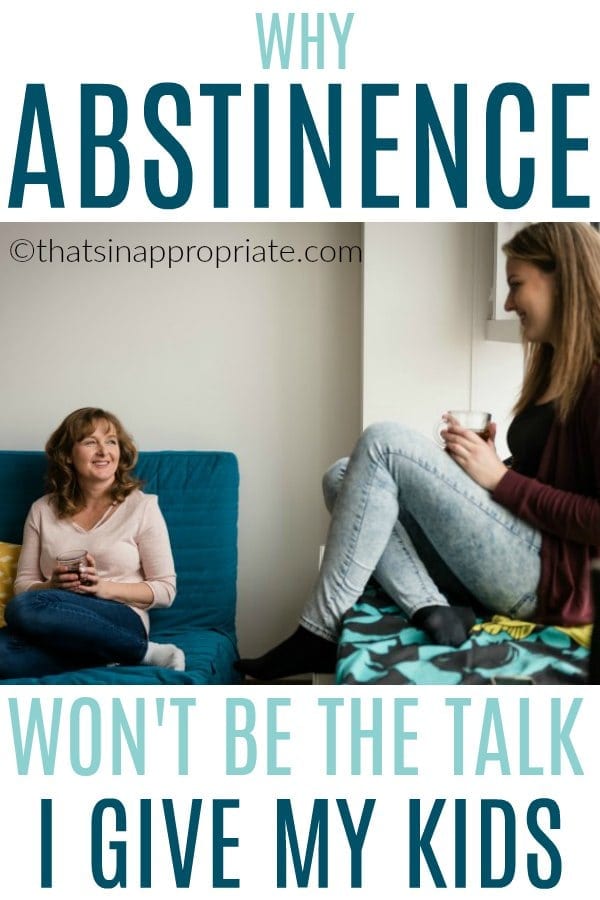 Yes, I understand that the point of abstinence is so kids don’t have sex and don’t have to worry about being safe. However, that thinking is unrealistic. Teenagers are having sex, and an overwhelming amount of them are ending up with unwanted pregnancies or STDs. How many of you waited? I sure didn’t.

I didn’t learn how to protect myself from STDs or an unwanted pregnancy. Instead, I was told the only way to prevent that was not to have sex. I wasn’t taught that a condom could help prevent certain STDs. I wasn’t given resources to get birth control. Even though 90% of teens in my class were having sex, we aren’t given the tools to help protect ourselves.

I never really knew how to give consent.

It wasn’t talked about. I didn’t realize the situation I was in until I was already in it. In fact, for years I thought it was ok that my husband was raping me in my sleep. I thought saying yes to being married gave him right over my own body even if it made me feel horrible.

It wasn’t ok because I did not give consent. I want my kids to know what consent really means. Not only did I not understand consent, but my husband didn’t either. He didn’t realize he was doing something wrong because we were married. It took many years of counseling, a separation, and a lot of communication for my husband and me to work this out.

Abstinence Pushes Your Kids Away

If you give your kids the abstinence sex talk, they truly believe that if they have sex, they can’t talk to you about it. You aren’t teaching your kids that honesty and open communication are best, but that they can’t come to you when something does happen. It pushes them away, especially if once you have had the talk, they have already had sex.

I was terrified of my parents finding out I was having sex. I learned from others at school about condoms and where to get birth control. At one point, I lied to the doctor about being on birth control because my mom was in the room. The medication I needed for my severe allergy to Poison Ivy could have killed me with that birth control. But, I took that risk. I don’t want my daughter to do the same thing.

The more taboo a subject is and less it is talked about, the more kids want to know about it. Instead of going to the parents with questions, they go to their peers. When their hormones start raging and all they can think about is the body of another, they go to their peers. Curiosity killed the cat, and it is very likely to take over a hormonal teen too.

I feel like the more I was told I couldn’t do something, the more I wanted to do it. Sex. Drinking. Drugs. Sneaking out. You name it I wanted to try it….just once. Instead of having open non-judgmental conversations with my parents, I went to my friends for advice. I don’t want my kids to go to their peers, I want them to come to me.

Pregnancy is Not a Punishment

Of course, you have hopes and dreams for your child before they have children of their own. It’s normal to want them to fulfill their own dreams. But, we have to stop teaching kids that pregnancy is a punishment. Children aren’t a punishment. It isn’t the end of the world. It may be a harder world, but it’s not the end.

I thought pregnancy would be a punishment for my sin. I was told that if I got pregnant before I graduated high school that I would be kicked out. It still didn’t stop me from having sex, but I still didn’t want to get pregnant. I thought pregnancy would ruin my life. I have 3 beautiful children now, and I don’t ever want any of them to think of them being here was a punishment or a mistake in my life. 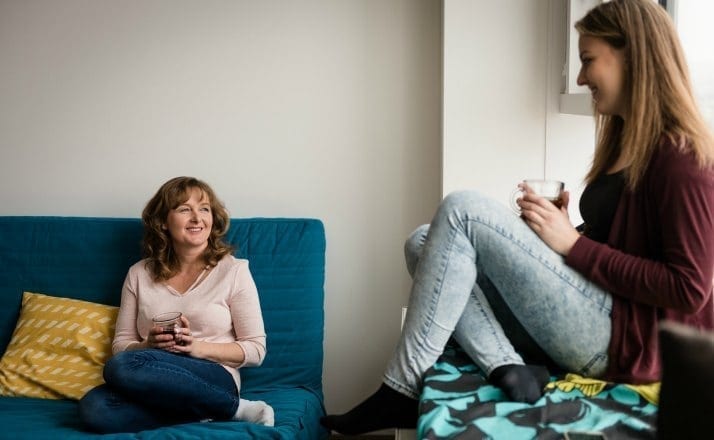 It Can Keep Kids in Unhealthy Relationships

Teaching abstinence makes kids feel like just because they had sex with someone that they can’t break up with that person. Many times a teen will stay in a verbally, physically, or emotionally abusive relationship out of fear of having sex with more than “the one” person God intended for them.

I know this all too well. I stayed with the first person I had sex with much longer than I should have. He wasn’t horrible to me, but he wasn’t “the one.” I stayed with him out of pure fear of having sex with another person. I knew it would be difficult to say No because my body said yes. I stayed in my marriage for the same reason even through emotional abuse.

Even if your child has abstained from sex until he or she is married, it doesn’t mean the person they chose to marry did. In fact, men typically don’t have symptoms of STDs and won’t know they have it until a woman finds out. We teach our kids that as long as they don’t have sex, they won’t get STDs, but this isn’t the truth.

After my first partner, I went to Planned Parenthood. I got a pap, STD testing along with HIV and Hepatitis testing. I was clean of everything. With my 2nd partner, I was STD free through my entire pregnancy. I later discovered that I had Chlamydia….I later got Trichomoniasis….and HPV all from the same partner. I was utterly devastated. How was it that I had been for the most part abstinent and still ended up with STDs?

I’m not saying abstinence isn’t important. It is important that your kids know the only way not to have an unplanned pregnancy is abstinence. However, abstinence should not be the end all sex talk.

What do you think about teaching abstinence? Share your thoughts in the comments below!

Two Boys With Down Syndrome Sh…