Home Kids Elementary Next Time Someone Asks You What Motherhood Is Like – Show Them...

I could show you the new, shiny metal one that I have in my cabinet. It has no scratches and looks like it’s never been used. Because it rarely has. It’s the Instagram of pans. If I wanted to show you how my children and I bake cookies at Christmas time, I would show you that pan.

But, this is my go to pan. My every day pan. 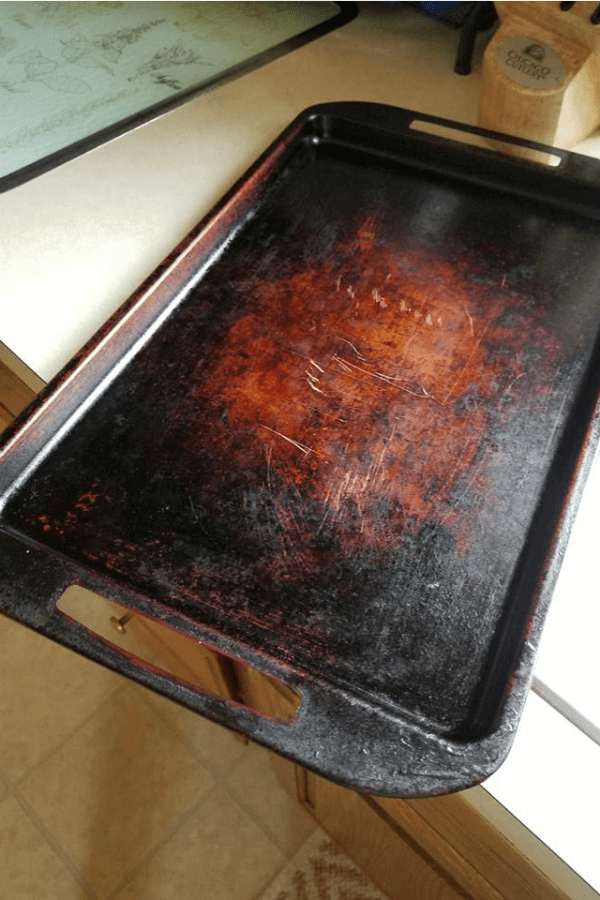 It’s the one that gets the job done. It is well browned, scratched, and way past it’s prime. I’m quite certain I should throw it away. It’s hideous! But, it’s also durable and reliable and I’m not afraid of it.

I get afraid of new, shiny things. I feel like I have to keep them that way. Kind of like the pressure a new mom feels to do everything perfect – to be the perfect mom.

But, this pan has been in the fire and has the markings to show for it. It’s messy, aged, and worn. I’m sure at one point it was new and shiny, but I can’t recall it. Kind of like how I can hardly remember how things were before I was a mother and I only had myself to care about.

I’m sure at one point I cared about keeping that pan new and shiny. Surely, I scrubbed and tried hard to keep the stains away. But, one day turned into the next and I guess I let go. I stopped caring so much about appearances.

Perhaps it got too hard to care anymore.

Too hard to keep it looking perfect.

Perhaps I had a job to do and couldn’t be bothered by the looks of things.

I don’t recall, but I’m sure this felt a little like freedom. There’s much freedom in resigning yourself to the fact that life will bring with it stains that can’t be scrubbed away. In knowing those stains don’t define you rather show that you’ve been hard at work.

And oh boy, is motherhood work. But this pan reminds me that I was made for the oven and so were you. 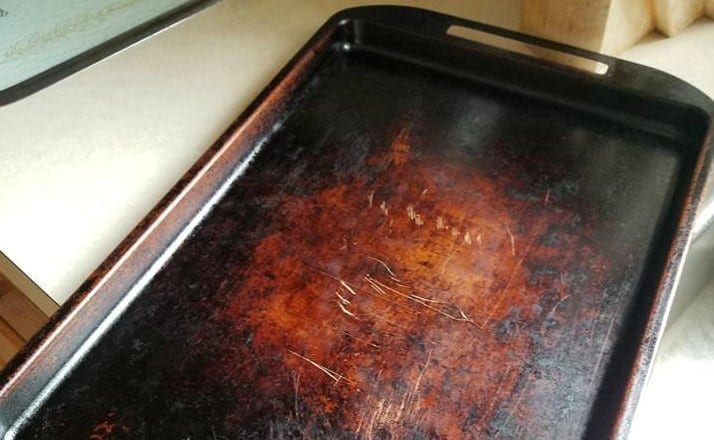 You were fashioned to withstand the flames and pressure that comes with motherhood. You are being put to the fire, but it’s not breaking you – it’s refining you. It’s only making you better able to stand the heat.

You feel worn out and aged, BUT it’s also making you strangely beautiful. No one will be able to look at you and say she didn’t do her job. That shiny new coat of motherhood was placed there in hopes that one day you would be able to look back and see how far you’ve come.

I think we should give them away at baby showers. Not some new, shiny pan that sits cold in the cabinet, but one that gave of itself despite the stains and look of ruin. Despite the fact that it can no longer lay flat on a counter, but is crooked and bent.

Next time someone asks you what motherhood is like tell them it's like this pan.I could show you the new, shiny metal… 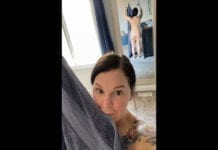 Tiger King On Netflix Is The M…


Mom Hides Cash Under Trash To See I…

Mom’s Accidental Flashing Of Her Child’s Live Class Will Forever Be...

Hilarious Viral Video Nails The Reality of Week Three. And,...