Filter Free Parents
Home Mom Life Encouragement Things That Happened During Labour That What to Expect Didn’t Prepare Me...

“It looked like that Pizza Pops ad from the 90s.”

That was how my husband described the moment I delivered the afterbirth during my labour with my first child. Remember when the delicious, over-stuffed pizza snack burst and sprayed sauce all over the room? That, but blood.

It was a fitting end to the labour from hell. By the time something from MY BODY splattered all over the wall, I was pretty “meh” about everything. I thought I was prepared for labour – but there were definitely things that “What to Expect” didn’t prepare me for.

Labour is Not Obvious

I was in labour for twelve hours before I even realized it was labour. When it wasn’t going away, I decided I should probably check in with someone.

The nurse told me I was probably not in labour, but hop up on the bed since I’m here. We were all wrong. I was being admitted.

“But I left toast on my bed at home!” was my big concern at the time. Won’t someone please think of the toast? I also hadn’t brought my hospital bag, because why would I bring my hospital bag to the hospital? 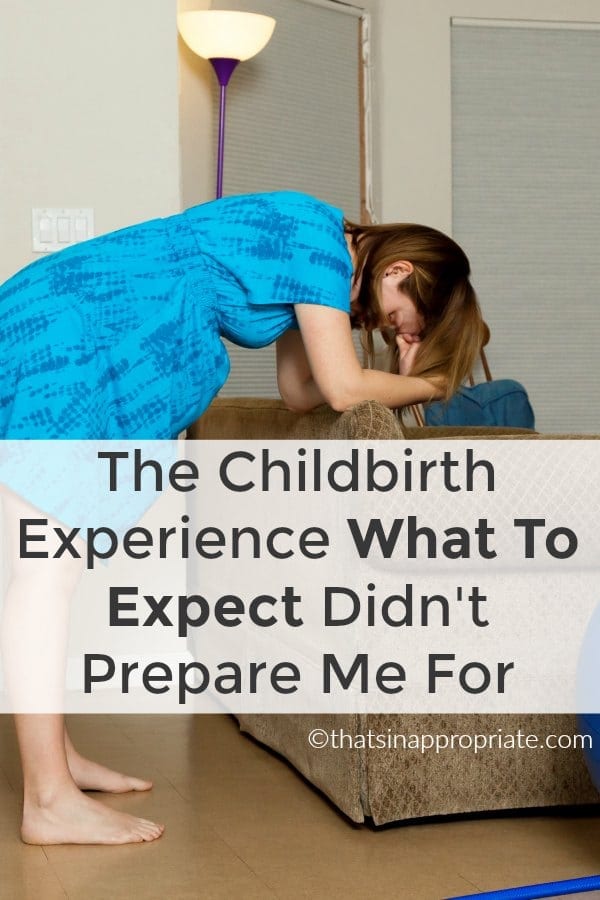 Nonetheless, I was handling labour pretty well. I walked through the contractions, and as they got worse, I managed in the shower. Twenty-four hours in labour, med-free, and I was a friggin’ rock star. No, Helen Reddy, *I* am woman, hear *me* roar.

And then I died. Literally. I think. The room started spinning, and as I began to black out, I heard my husband call for a nurse. When I woke up on the floor of the shower, my husband told me I had only been out for seconds, but I’m skeptical. On my end, I had been in a place with bright blue skies and clouds, and I had felt an OVERWHELMING CALM. Was I dead or just enjoying the break from the human being trying to claw its way out of me?

Things Go In Not Just Out

After that, all bets were off. Labour seemed stalled. The nurse recommended an enema, and I thought, sure, why not, who needs dignity?

They say that seeing a baby emerge from his wife can be the most life-changing thing a husband can experience. I think it’s watching his wife get an enema. Afraid to be in the bathroom alone and in pain, I made him come with me. Worst date night ever.

When that didn’t work, I agreed to have my water broken. No one tells you the water-breaking tool looks like a giant crochet hook, which is super fun imagery as it heads up your hoo-haw. Add some Pitocin in to help speed up this marathon of a labour, and I was no longer a roaring woman. I was a screaming, swearing, rip people’s faces off woman.

I begged for drugs. In the hour between my request (belligerent demand?) for drugs and their delivery, my husband lulled me into a trance by saying, “In…out…” and he was not allowed to stop or take a break, so help me God.

Sleep During Labour is a Thing

When I’d heard women on TV being told to sleep during their labours if they could, I thought that was bullshit. “I would be way too excited to meet my kid to be able to sleep.” Nope! My first, “When I have kids…” declaration broken before he was even out. As soon as that epidural was in and kicking, I slept like a baby. I literally willed that child to stay in a bit longer so I could sleep in a little more.

Finally, over thirty hours since my first contraction later, it was time to push. So I did. And I did. And I kept doing it for three-and-a-half hours without relief. My child had decided to try coming out face first, head tilted, in some kind of Evel Knievel manouver. 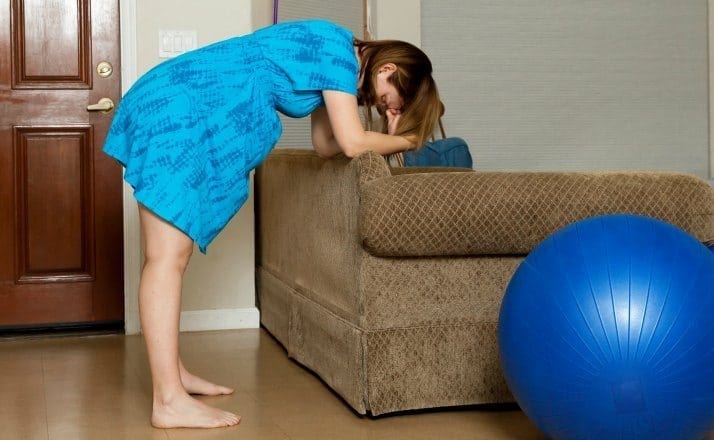 Your Genitals Will Have a Bigger Audience than Hamilton

By this point, there were eleven medical personnel in the room, looking at my vajayjay. They gave me an episiotomy. They tried a vacuum. The vacuum popped off at one point, making a loud noise and convincing me my baby’s head had come off like a cheap doll from Sears.

Ten of the eleven said it was time for a C-Section. One had my husband sign the papers (apparently I was too busy?) But the eleventh, the one who said no, was the one in charge. “No one is in distress, let her keep going.” Bless you, doctor whose name I never learned.

Finally, Mr. Giant Head began to come out. We seriously should have named him Stewie. A nurse told my husband to step back a bit because she might have to jump on top of me at any moment. Why not? And of course, the moment he was laid in my arms, I knew it was worth it.

And then came the pop and the blood splatter. Meh.

In contrast, barring the moment before the epidural when I yelled at my husband, “You have to knock me out, JUST HIT ME!” my SECOND LABOUR was a breeze.

my oldest son’s birth has made for one hell of a story. I’ll make sure to share it at his wedding.