Recently, we had to break the news to my twelve year old that the tooth fairy isn’t real since she was headed to junior high. We struggled with the decision and thought for sure she didn’t really believe still. Oh, she did though. Let’s just say we both cried that day.

But, the bottom line is, we don’t regret the decision to let her in on the secret. However, every parent should have the right to let their kids know whether or not Santa, or the tooth fairy, or winged magical unicorns that poop rainbows are real.

That’s why when a 22-year-old New Jersey Substitute decided to tell an entire group of first graders that Santa was not the real deal, parents got upset.

This was not junior high. These were babies that just barely left Kindergarten. Can they not just have a little holiday magic for few more years? 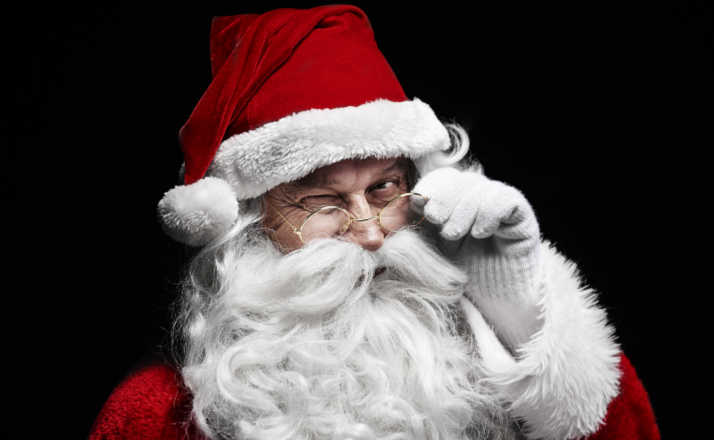 And, if telling them about Santa wasn’t bad enough, according to Lisa Simek, mom to one of the students, she “unleashed” on them:

She told them Santa isn’t real and parents just buy presents and put them under their tree. She told them reindeer can’t fly and elves are not real- elf on the shelf is just a pretend doll that your parents move around. She did not even stop there: the tooth fairy is not real because mom or dad just sneak into your room in the middle of the night and put money under your pillow, same goes for the Easter bunny. She told them magic does not exist. There is no such thing as magic anything.

So, let’s get this straight. A complete stranger decided to tell a bunch of six year olds that there is no Santa, no tooth fairy, no Easter bunny, and basically no magic at all.

While of course, we can’t expect that all kids share the same beliefs, or that every parent is even teaching their kids about Santa at home, how about just a little common decency? Let’s not crush the souls of children. Especially during the holidays.

Thankfully, the principal started damage control as soon as he heard about the incident.

Thank goodness for adults that know that a teacher has no right to reveal something that is such a special tradition to so many people.

According to Patch.com, Michael Raj, the principal at Cedar Hill immediately sent home a letter to the parents. He told Patch.com:

“Once I became aware of the situation, I immediately spoke to the substitute teacher regarding her poor judgment in making this proclamation to [the class]”

And, he apologized to the parents in his letter:

“I am sending this letter so that you are aware of the situation and if the conversation comes up at home over the next few days you can take appropriate steps to maintain the childhood innocence of the holiday season.”

Because, that’s what this is really about. Keeping our kids little for as long as possible. Teachers are amazing people that do so much for our kids, but they should never take it upon themselves to try to talk to our kids about sensitive issues like this.

That should always be done in the home. ALWAYS.

While it isn’t clear whether the substitute is going to face disciplinary action, the school district says that they are going to investigate the incident.

Lisa Simek, the mom who shared her feelings on Facebook wrote,

Many of us parents have been doing damage control since the kids get home from school today, but coming from an adult this is definitely the kind of seed that was planted deep inside of their skeptical, perceptive and inquisitive minds.

Praying for a Christmas Magic miracle ??? to keep these kids believers for as long as possible.

And, as a fellow parent of a first grader myself, I hope that her little one, and all of the children in the class will quickly forget what they heard, or experience a little extra Christmas magic this year so that they will still believe.

And, let’s hope that substitute learned a lesson that day too.

This was Emilia’s class today. A substitute teacher asked the kids which holiday was coming up and when somebody…

If you’ve ever traveled with a toddler then you know how exhausting the experience can be. But for one mom, … Read More

This Giant Beach Ball Has The Most …