For as long as I can remember, I’ve been one of those people who feel empathetic towards other people’s emotions and energies. It took me a while to grasp what this unidentifiable invisible thing was that circling around people like cyclones. BEING AN EMPATH is often misunderstood.

If not you’re not sure what an empath is and/or not sure you believe in it, let me explain.

An empath is someone who can capture the mental or emotional state of another person. In my case, it’s mostly emotional. To put it simply, I unintentionally feed off other people’s emotions as if I’m at an all-you-can-eat buffet.

I can imagine other empath-parents have experienced the look when they utter that mystical word – as if we’ve said that we’re from another dimension. Parenting in whole is quite emotional and intense for most people. Now take that and elevate it by more than you think you can handle. That’s parenting as an empath.

Their feelings become part of your feelings and when you have a kid, or multiple kids, that’s a lot of feelings.

Now, a child’s feelings are irrational and incomprehensible. When you’re an empath, it’s like you’re stirring foreign ingredients into a cake and you know that it’s just going to blow once it gets too heated. It’s like carrying a bag full of groceries that’s on the brink of tearing apart. Because I’m already a pretty emotional and sensitive person, I have been known to stave off meltdowns as a form of defense mechanism by giving in to my little terror’s demands.

Sometimes I just can’t deal with any more and I choose the easy way out. The downside is that my actions just make things worse in the long run.

Parenting as an empath can be beautiful and warm and amazing, or it can be dark and cold and awful. It can feel debilitating and crippling or it can float you up to cloud nine. It can fill you with an overwhelming amount of love or it can PUNCH YOU IN THE GUT.

Even now, as I come back from dealing with a tantrum over nothing in particular, I need a few minutes to bring my energy level down. The effort involved in keeping calm during an outrageous meltdown is similar to balancing a bucket of water on your head, making sure you don’t lose a drop. It requires an immense amount of strength – emotional strength – and dedication.

When I speak about feeling emotions, I’m talking about the way they affect me, and those like me: physically, emotionally, and MENTALLY. Make no mistake, happiness is just as overwhelming as sadness or anger or frustration. 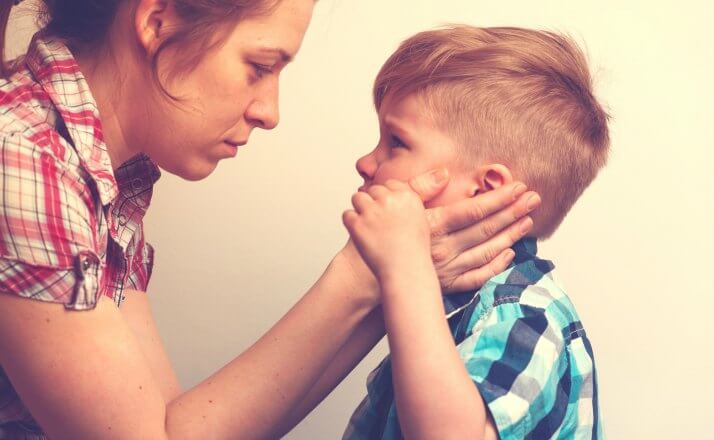 Don’t get me wrong, I know that these are emotions that parents feel every day, but they tend to heighten to a whole new level for a parent who feels they are an empath.

I cry from happiness. I bawl from sadness. I break into an anxiety attack during extreme meltdowns. And I feel fire with anger. Hot uncomfortable terrifying fire.

It’s taken a shit-ton of work on my part to try to dispel the extra emotions that come my way, especially with my emotionally unstable four-year-old. It’s a constant job, one that doesn’t end. And while I’ve gotten better at managing the extra dose of feelings, I’m far from being an empath-master.

To all the parents who also feel like they are an empath, I see you. Our ability to feel the way we do may be challenging, but it is also remarkable. Being an empath is a gift, we just need to learn how to control it.

“They are humans not dog…

The “Tripping Jump” Is …

One of the stranger by-products of kids using social media is the “challenge” phenomenon. The origins of many of these … Read More