It was a playful, sunny afternoon at our house. We had been playing for a while, pulling toys out of the toy bins, moving from one activity to the other. As I looked around, it looked like a bomb went off. I has having trouble walking around. There were toys EVERYWHERE.

I became frustrated. The place was a disaster and quite frankly, it was stressing me out. Even she was having trouble walking around. And, it’s not my job to tidy up after her. She’s old enough to help.

I remembered something I had learned recently during my Positive Discipline training about the difference between asking and telling. I formed a new strategy.

I asked her “What can we do so we aren’t tripping on the toys?” She paused before shouting Tidy up Mommy! And she started to put toys into bins.

Quite frankly I was amazed. Amazed that a simple change in approach had such a drastic effect. That a seemingly awkward question could yield a drastically different outcome. I had the realization that she hadn’t been resisting cleaning up. She was resisting being told what to do.

Telling creates physiological tension in the body and signals the brain to resist.

Asking, on the other hand, creates physiological relaxation and sends a message to the brain to search for an answer.

Asking helps your child feel capable as they search for an answer. It shifts the control and responsibility to them. They feel more inspired to contribute because they feel included in the decision making and are coming up with the solution themselves. It helps build life skills.

Since learning this, I’ve become aware of how much I’m telling my kids what to do. I thought I had been doing great job of offering choices but it turns out I’m telling them what to do more often than not.

Sometimes, that’s all it takes. 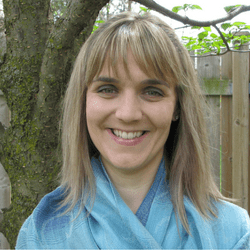 Lindsay is a mom of 2 and a Certified Positive Discipline Parent Educator. She writes about how to get children to listen and co-operate and how to keep your cool even when all your buttons are being pushed. With a belief that there’s no one-size-fits-all parenting, she has a deep appreciation for children’s innate intelligence and uniqueness. She loves learning from her children as illustrated in this post,originally published at LindsaysTwoCents.com

Disney+ Is Not Just For Your K…