There are few things that teens love more than social media. Between Snapchat streaks, endless text convos, and Tik-Tok clips, they keep themselves extremely busy staying connected to their peers by phone.

Ever watch a group of teens hanging out together? Chances are, each face is glued to its phone screen, tapping away… to the kids sitting right next to them. Ah, technology.

But social media also has its dark side. And when it gets out of hand, it can be fatal.

A Tennessee teen took his own life earlier this week after cyber-bullying peers publicly shared screenshots of his privates messages that outed him as being gay or bisexual. 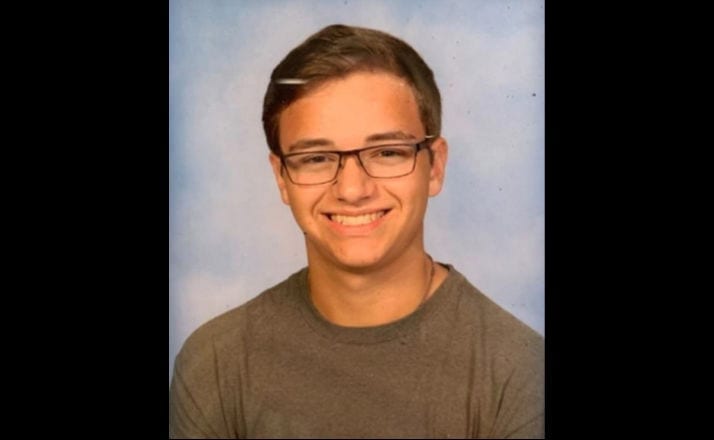 Perhaps in “retaliation” for a prior argument, the classmate and a female friend then took screenshots of Channing’s messages and put them on public blast via Snapchat and Instagram for all to see.

Devastated by the fear of public humiliation, Channing fatally shot himself at home on Sunday night.

Although his family initially had no idea what his motive could be, his older brother Joshua reached out to Channing’s friends on Facebook and soon discovered what had transpired.

Joshua explained to news station WZTV that although his little brother did not seem to have any suicidal tendencies prior to this event, the pain of being publicly exposed like this was enough to make Channing decide to end his life:

Being in a small, rural town in the middle of Tennessee, you can imagine being the laughing stock and having to go to school Monday morning.

Granted, most of us grew up before social media was a “thing”. But many of us can still remember the agonizing fear and dread of facing fellow students after a major personal embarrassment, right?

Couple that with a very private, life-changing secret about you being revealed. Not just at school, mind you, but to THE ENTIRE WORLD.

At the tender age of 16 -when kids are still trying to find their place in the world- imagine your innermost private thoughts being splashed onto the online equivalent of every billboard and television in your area.

It’s quite possible that many of us at that age would have felt exactly as Channing did in that moment, according to Joshua:

He couldn’t face the humiliation that was waiting on him when he got to school on Monday, so he shot and killed himself.

What’s even worse: Channing allegedly told the female student involved that he was planning on killing himself that night.

And the very worst part: as of now, no charges have been filed against either student involved in the cyberbullying, not does it appear that any will be filed.

While the Smith family hopes to extend forgiveness to those who bullied Channing, they also believe that the teens should be held accountable for their actions (As do the rest of us!).

But alas- as Joshua Smith explained to Buzzfeed,

I was told by the lead investigator in Coffee County that he was pushing to have the kids charged criminally and the District Attorney’s office has decided that they did not want to pursue it.

The D.A.’s office claimed that “they have 30 days to look into it” to decide if they want to press charges.

NOTE: The District Attorney, Craig Northcott, recently indicated that he won’t press charges in any same-sex domestic violence situations, & does not recognize gay marriage. Could his own personal bias be swaying his decision in Channing’s case??

And although they may change their current stance, it’s likely that would happen due to the pressure of the publicity surrounding Channing Smith’s death, not because cyber bullying should be deemed a criminal act. That’s quite sad.

Cyber bullying is still an evolving issue in terms of the appropriate consequence(s) for it. School districts throughout the country all vary dramatically on their methods of dealing with online bullying.

Unfortunately, many districts lack any kind of cyber bullying policy, which is why when it happens (not “if”, but when) these districts are often caught off-guard.

As a result of the inconsistency in addressing it, too many teens are still exploiting the power of social media in order to cyber-bully their peers without consequence.

As a parent of three teenagers, Channing’s decision to end his life is one of the most heartbreaking situations I can imagine.

Despite being surrounded by a loving, supportive family, Channing apparently felt that he couldn’t share the horrific bullying he had endured.

Although the law has not yet stepped up to help students like Channing Smith, his family wants people to learn from his situation, and to do better.

It seems like an obvious point… but if it was, teens wouldn’t still be doing it. Yes, kids can be impulsive, and can react emotionally when feeling rejected or hurt.

It’s essential for parents to TEACH their children that  seeking revenge on someone by posting sensitive/damaging material online can have consequences far more dire than one might expect.

In addition, we also need to remind our kids that we love them, no matter what.

Channing’s brother Joshua says that Channing didn’t need to be afraid to share his sexuality with his family.

He would have been accepted regardless. BUT- sometimes we may assume our kids would know that about us, even if we’ve never explicitly said it.

As parents, we need to say it, out loud.

Our children need to hear directly that, as Joshua poignantly phrased it:

No matter what, make sure your kids know that they’re the number one priority in your life and that nothing, no choice, nothing that they could do could ever separate them from your love.

Our kids need to know whatever shame and/or guilt that they might feel about something, they still shouldn’t hesitate to come to us to talk about it.

It’s absolutely heartbreaking to lose children like Channing Smith, and too many others, to circumstances brewing online that ideally could have been prevented.

And yes, we need better legislation for preventing cyber bullying, with clearly defined consequences for perpetrators.

But in the meantime, we need to learn from Joshua & Crystal’s wise advice on how to teach our own children. While they didn’t know what Channing was dealing with prior to his suicide, hopefully we can apply their advice to our own kids & prevent another tragic, unnecessary loss.

While we moms think we’re so unique in our own right, there are some stereotypical things that we ALL say … Read More