They were all crying and they all needed their momma. Two of them needed to be so close to me I wasn’t quite sure where one ended and the other began. We were just a pile of limbs, them desperately clinging to me like I was their lifeline. As I tried to balance the tearful needs of my younger two, I caught the sad doe eyes of my oldest.

“I’m jealous,” she whispered, a lone tear sliding down her cheek. “I always feel like I get the littlest amount of love.” I couldn’t really disagree with her. Was she loved less? Oh, definitely not, but in her eight year old mind it was like she got the least amount of love because she by far got the least amount of one on one attention from me because she was not only the oldest but responsible and dependable beyond her age so it always seemed like she needed me less. 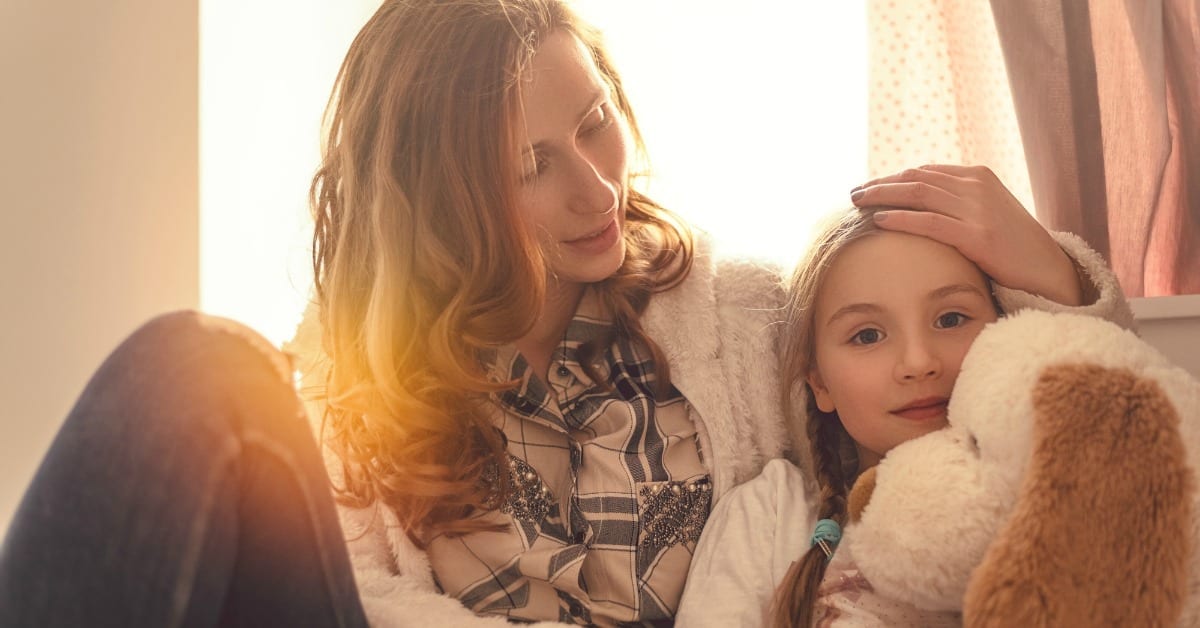 She became a daddy’s girl when her baby sister was horribly colicky and demanded all my attention. As the baby for so long her little sister did get babied way more and longer than her. Then the little guy came along and he always wants his momma. Even now as he clung to me from atop his sister, he doesn’t quite get that this momma has more than one baby.

But she knows, and I realize as I look into those sad big brown eyes she felt like the forgotten baby. Though we drag the whole family around to all her activities, though she gets how much I enjoy watching her, though I tell her how proud I am of the wonderful little girl she s turning into, she never gets me to herself or even the extent of my help that the other two get because as the oldest she long ago succeeded at mastering her independence.

Suddenly I saw a bit more clearly. The wanting me to take her to basketball instead of her dad for a change, the wanting to ride with me alone while her brother and sister rode with her dad, the asking me to cuddle with her before bed. That independent daddy’s girl who was quickly racing ahead to a time when she wouldn’t need me so much did need her momma more than I realized right now.

So I made a promise to her and myself right then that we would plan our very own mother/daughter lunch date for the next week with just the two of us. Later when I finally had the other two settled on their own I called her over to just sit with me on the couch. Though she was almost nine years old, she curled up on my lap and laid her head on my shoulder, content to have her momma all to herself for once.

She might be getting older and more independent and self-sufficient every day, and as proud as I’ve always been of her for her maturity and responsibility, I was most proud of her courage to speak up for herself and let me know what she needed.  As she entered these more difficult, emotional years of her childhood I wanted her to feel comfortable in coming to me with the little and big things that weighed on her heart.  She might be getting older but I now realized she actually needed me more than she did before. Bio: Angela Williams Glenn writes about the struggles and joys of motherhood on her website Stepping into Motherhood. Her book Moms, Monsters, Media, and Margaritas examines the expectations verse the realities of motherhood in our modern day digital era. She’s also been published with Chicken Soup for the Soul, Lose the Cape, and  Red Tricycle. You can follow her on facebook.

Recently, a little boy in Montana made headlines when he wandered out of his yard and went missing in the … Read More